Link to this page: https://www.socialistparty.org.uk/articles/27317 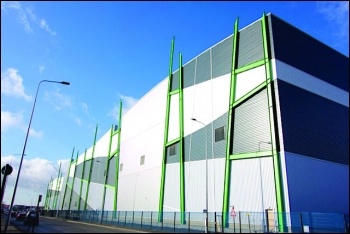 Workers at a large £200 million waste to energy plant site in East Hull have taken successful strike action against victimisation by management.

Keith Gibson, a plater on site and a GMB activist, spoke in a personal capacity about the dispute to fellow Socialist Party member Janet Gibson:

On 25 April construction workers, across all trades, walked off Spencer Group's new energy from waste plant, in East Hull, after a catalogue of health and safety incidents.

The final straw came when an underground joint to the pipework gave way, lifting concrete and spraying debris into the air.

The workforce took matters into their own hands and agreed to implement a safety stand down, the nightshift followed suit.

Workforce spokesmen and safety reps pursued the subcontractor company Premier and M+W Group, the main contractor, to investigate the incident.

The following day Unite and GMB union officials arrived. It was agreed that an environmental health officer from Hull city council and a GMB safety official would inspect the site and take up the concerns of the workforce. Construction workers returned to work the following afternoon.

On Friday 27 April the manager of Premier Engineering, my employer, decided to sack the Unite spokesman who had raised the health and safety concerns of the workforce. The manager alleged the spokesperson had a 'bad attitude' and his productivity 'wasn't good enough'.

Smelling victimisation, the whole workforce gathered in the car park. After I addressed them we voted to walk off site for the weekend until Monday. Our demand was clear, the Unite spokesman should be reinstated.

On Monday, Premier's manager took a decision to make all 15 platers, the most vocal group on health and safety concerns, redundant. Premier alleged financial difficulties.

The workers declared a TUPE situation (breaching employment rights) and lack of consultation.

A collective workforce grievance was handed into Premier demanding a written contract of employment. A site meeting was called.

I addressed the workforce again and demands for the reinstatement of the Unite spokesman and 15 platers were now the rallying cry. An instant walkout strike was agreed.

Tuesday 1 May saw over 200 workers picket the site gate - scaffolders, electricians and mechanical trades brought the site to a standstill.

Tuesday also saw the beginning of the third series of strikes by workers at FCC Wilmington waste processing plant for equality in sick pay. 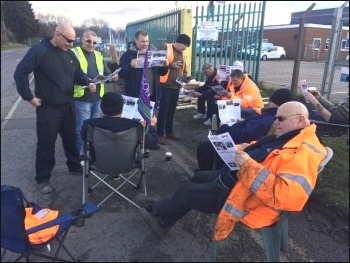 It took 15 minutes to negotiate the reinstatement of the 15 platers. The Unite spokesman was suspended on full pay pending an investigation. Management wanted an immediate return to work. The workforce decided to go home.

We would return on Wednesday, the following morning, with a victory under our belt!