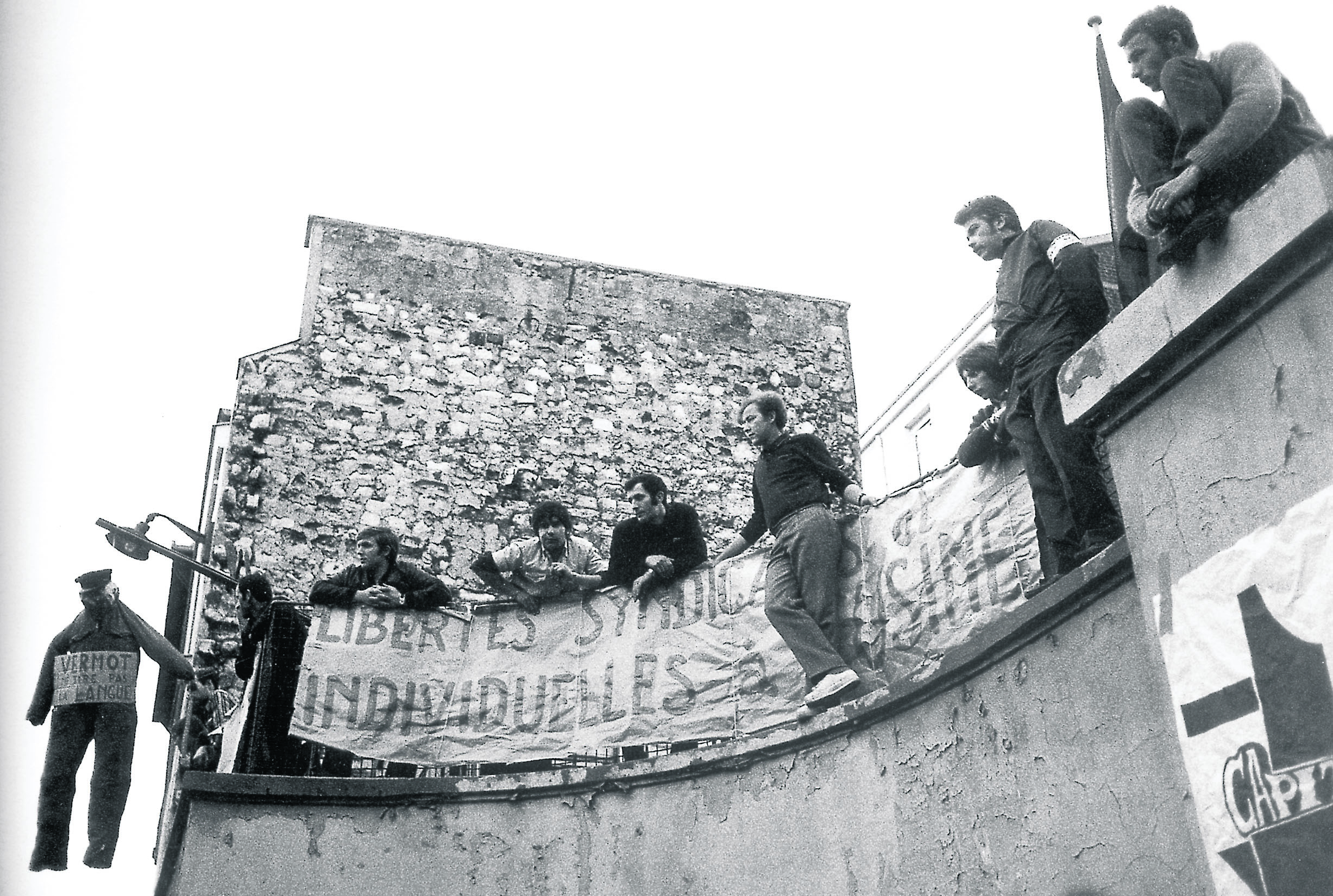 The legacy of the French revolution of 1848, the second time France overthrew a monarchy, played an important part in the escalation of the demonstrations and street fighting in Paris.

The streets of the capital had been reorganised on the order of the police in the wake of that revolution, to counter any attempt at setting up barricades in the future. Wide cobblestoned boulevards replaced tight-knit streets.

But rather than prevention, the heavy cobblestones became ideal tools, with the initiative of the mobilised workers and students, to help form the barricades of 1968. The night of 10-11 May became known as the Night of the Barricades as demonstrators threw up over 60 around Paris’s Latin Quarter.

Witnessing a growing movement in comparison to its own diminishing strength and support, the state responded with truncheons, smoke bombs and CS gas at 2.15am. Local residents poured water from their houses to help the students affected. The CRS riot police prevented the Red Cross coming in to pick up the injured.

The increasingly brutal repression by the state created more anger. Seeing the gathering storm, Prime Minister Georges Pompidou conceded to demands to reopen Sorbonne University and withdraw the police. But the attempt to retreat slightly in the hope it would satisfy the movement failed.

Instead it acted as a lightning rod, encouraging workers in their millions – they saw that strikes and occupations for their own demands could also win. The students had helped give confidence to the mass movement of workers that had been brewing for many months before May.

Furthermore, after Pompidou’s u-turn the police felt they had been made to look like fools. A section was already in dispute with the government over expenses.

A police union petition criticised the government. Some cops even began to sympathise with the students and workers. Splitting or neutralising the forces of the state is an important part of a successful revolutionary movement.

Meanwhile, the union and Communist Party leaders had to flip their previous contemptuous position on the movement. The Stalinist leadership was reflecting the fears of the parasitic bureaucracy in the Soviet Union.

A mass movement was also unfolding in Czechoslovakia, threatening to develop into a political revolution that might overthrow Stalinism’s bureaucratic dictatorship and implement workers’ democracy within a planned economy.

A successful revolution in France, with workers’ democratic structures already in place from the growing general strike, would threaten not only the existence of capitalism in Europe, but would in turn embolden the discontent of workers under Stalinist rule.

The Communist Party needed to regain control. On Saturday 11 May its leaders and the union federations were forced by the pressure to call a general strike for 13 May. They hoped this would let them steer the movement away from revolution and dissipate the anger.

Georges Marchais, a leading member of the Communist Party’s central committee and later its general secretary, opposed even the call for a 24-hour general strike! But it went ahead – and was not to stop after 24 hours.

After the demonstrations, students again occupied the Sorbonne and its Censier Annexe. They opened the university up to striking workers and anyone wanting to be part of discussions on how society could be transformed. Almost all of France’s universities were soon occupied.

Meanwhile, workers returned home from the giant demonstrations on 13 May considering all the implications of the huge show of strength. In some cases within hours, and in most cases within days, they would be back on strike and challenging for power in society.

On Tuesday 14 May, the morning after the one-day strike, just 200 workers were still out. One week later it was ten million. The young metalworkers of the state-owned Sud Aviation aircraft factory in Nantes became the spark that ignited the historic all-out general strike.

Already engaged in a series of daily 15-minute stoppages against job cuts, they had been inspired by the revolutionary spirit of the student protests and the sense of enormous power they had felt during the general strike the day before.

Instead of returning to work on 14 May, they decided to prolong their action. They occupied, locked up the management in its offices, and formed an action committee to spread the strike.

General Charles de Gaulle, president of the French Republic, had remained silent. The same day he left for a state visit to Romania as if nothing had happened.

But the huge workers’ demonstrations had broken the deadlock in a deeply dissatisfied society. Once the movement began, it rapidly grew into an irresistible force.

On Wednesday 15 May, strikes and occupations spread to Renault car plants, shipyards and hospitals. The Loire Atlantique area, around Nantes and the Sud Aviation factory, came under the control of an elected council of workers, peasants and students.

By Thursday 16 May, all 60,000 Renault car workers had stopped work and occupied the firm’s six plants. Vast strike meetings of 4,000 workers were held daily. At the Flins Renault factory near Paris, picket lines regularly included 3,000 workers.

The Renault workforce at Rouen had not taken much part in the 13 May general strike. Most of them were new, drawn recently from the countryside. But seeing the movement rise, they joined the strike. When the plant director refused to meet them, they imprisoned him in his office.

At the Citroën plant, only about 200 workers were in a union, of a total staff of 18,000. The workers were frightened at first by the bosses’ armed guards, the ‘house cops’.

There were house cops in many factories, but Citroën was the worst – known as the “factory of fear.” But after hearing the guards trying to defend management’s position, workers were so angry that they voted to strike on the spot!

The maintenance facility at Orly-Nord airport hosted daily meetings of the ‘Inter-Union Strike Committee’. General assemblies of workers each morning attracted up to 3,500 to discuss the next steps in the strike and organise services and supervise work.

This was the emergence of ‘dual power’ in France, a struggle between the old capitalist state and the emerging factory action committees, workers’ councils and university assemblies. The question now was: who runs society?