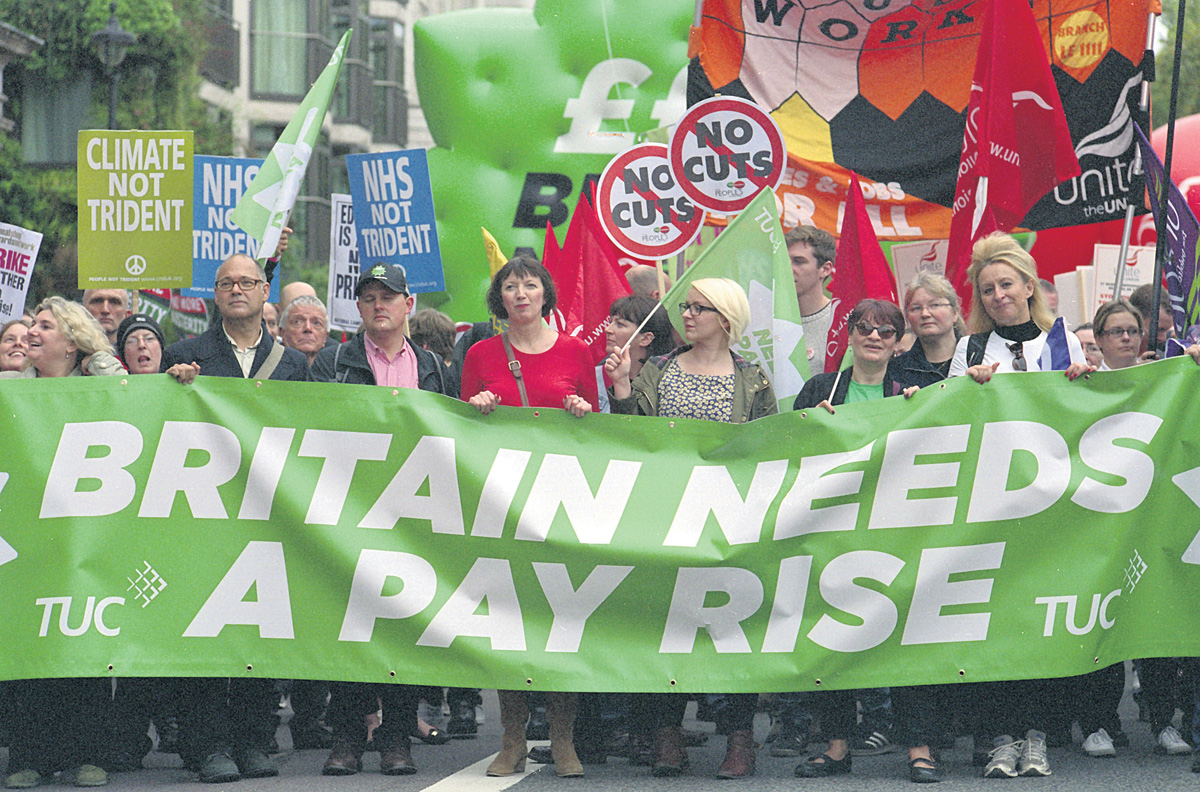 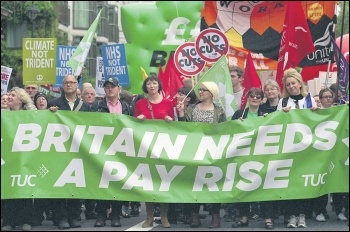 If the Trade Union Congress (TUC) hadn’t organised a demonstration on 12 May, given the weakness of the Tories, we would be calling for it.

The Socialist Party and the National Shop Stewards Network (NSSN) were campaigning for such a march in the summer and autumn last year. One of the main demands of the NSSN’s rally at September’s TUC congress was for the “TUC to name the date for a pay demo”.

During TUC congress, the government announced a slight relaxing of the pay freeze for the police and prison officers. This was a reflection of the pressure and anger of workers who have faced a lost decade in terms of living standards.

This was the perfect time for the unions to use the TUC congress to map out a strategy of using a mass demonstration in the autumn as a platform for coordinated strikes across the public sector. This would have fed into the wave of strikes that have developed over the last year.

The massive votes by members of the Communication Workers Union (CWU) in Royal Mail, and the University and College Union (UCU) in pre-1992 universities have shown that the undemocratic voting thresholds of the Tory Trade Union Act can be overcome. National strike action is possible, on condition that the unions build a real fighting campaign for it.

The scale of the CWU yes vote, backed up by a series of unofficial walkouts, forced Royal Mail management to table a deal acceptable to postal workers. UCU members pushed back the employers’ assault on their pensions after 14 days of strikes.

There have also been many other strikes on a local or individual basis, often over pay, with many weeks of action being taken, such as by Mears housing workers in Manchester and now Unison members in FCC Wilmington. Usdaw members in Tesco distribution in Dagenham have won a strike ballot and are due to walk out on 17-18 May.

May Day saw the second strike by McDonald’s workers. Also, the RMT transport union is in its third year of fighting driver-only operation, with strikes in five different train companies.

The TUC has finally called a demonstration. But in the meantime, local government unions have settled their pay claim and NHS workers are now voting on theirs.

PCS has called on its members to march to build for its national strike ballot that will be launched at its annual conference from 21 May. Teachers in the National Education Union have agreed a strategy to fight for an inflation-proof pay rise and UCU members in further education have already started taking action on pay. On top of this, there is the continuing crisis in the NHS.

The Windrush scandal that has claimed Amber Rudd is further evidence of the crisis within May’s Tory government. Jeremy Corbyn and John McDonnell and the trade union leaders must mobilise behind the banner of ‘May out! Tories out! General election now!