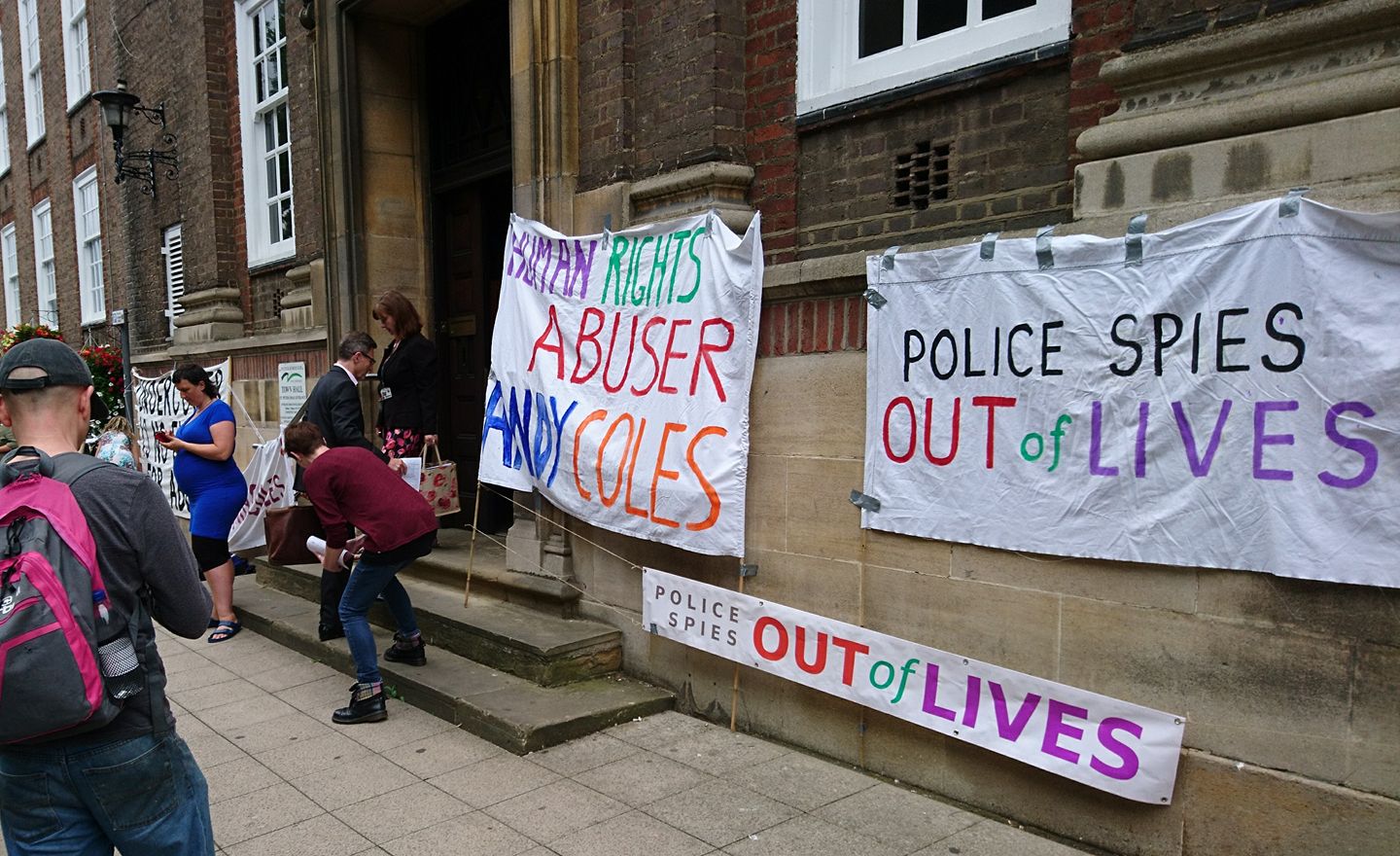 A banner outside the meeting, photo COPs campaign   (Click to enlarge: opens in new window)

Tories and senior police officers have attacked Lush’s #SpyCops ‘paid to lie’ ads. In response, socialists and other activists involved in the Mitting Inquiry into undercover policing have defended the firm’s campaign.

Police spies infiltrated a number of campaign groups over decades. Some even entered into intimate relationships with women activists under false pretences.

The public inquiry looks increasingly like a whitewash. Its chair, Sir John Mitting, even ruled out releasing the real names of officers who deceived women.

As a result, Socialist Party members were among around 200 core participants who staged a walkout on 21 March. As Lush says: “Many campaigners have a complete lack of confidence in the public inquiry’s approach. We’re standing with them to put pressure on the UK government.”

Tory home secretary Sajid Javid immediately attacked Lush for “running a public advertising campaign against our hardworking police.” No criticism of the undemocratic and sexist actions of the police force, of course, or the blatant shortcomings of the inquiry.

Several outlets have since removed the displays. The company cites “intimidation of our shop staff from ex-police officers.” In Peterborough, an off-duty officer attended the store, leading to management taking down posters.

It is unusual for a business to take a stand like this. Lush made £73 million profit before tax last year, and pays millions in dividends to its small group of owners.

Lush markets itself as an ‘ethical’ company. But there is nothing ‘ethical’ about the capitalist model of production, based on exploiting the labour of workers for the profit of the bosses.

But the support for the campaign against political policing is welcome, and intimidation for speaking out completely unacceptable.

Ultimately, though, we cannot rely on capitalists or their institutions to deliver truth or justice in this case – or any real solutions to the urgent social problems working class and young people face.

The trade unions should use their authority and resources to establish a democratic workers’ inquiry into undercover policing.

And when it comes to the inequality of the capitalist system, and the role of the police force in defending it, the organised working class has the power to sweep it all aside. The Socialist Party fights for socialism – for a world free from exploitation and oppression.