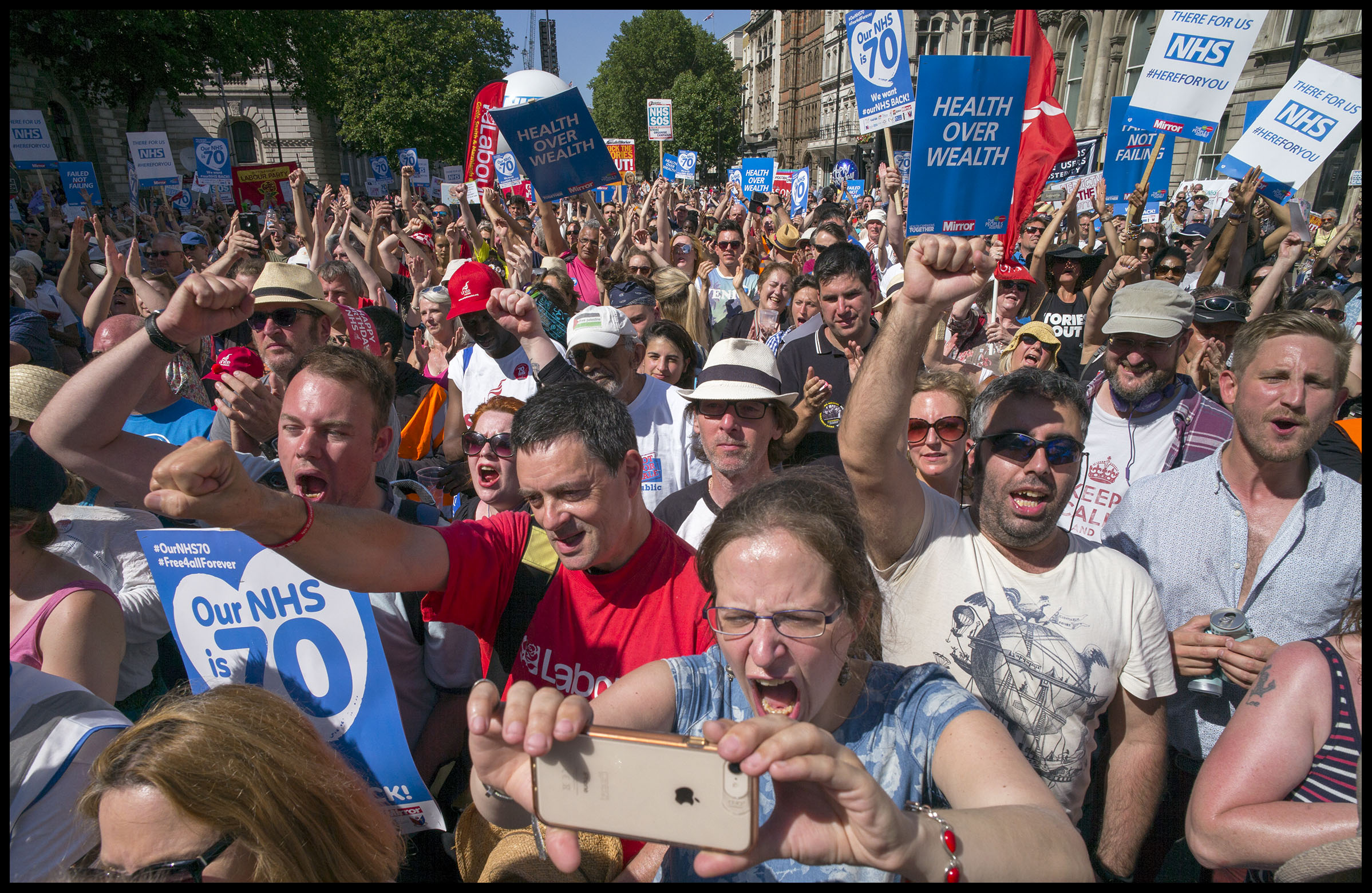 On 5 July, nearly 100 local residents and trade unionists came out to celebrate the 70th anniversary of the NHS but also to protest outside the half-built Midland Metropolitan Hospital in Smethwick.

The hospital was planned to replace both Sandwell and City Hospitals, meaning fewer beds and health workers covering West Birmingham and Sandwell. The £350 million PFI (Private Finance Initiative) contract to build and manage the hospital was won by Carillion, which went bust earlier this year. The result was construction workers being laid off overnight as work was paused.

The new hospital was originally scheduled to open later this year. It’s now expected that it won’t be completed until at least 2022, with medium to long-term planning of services left in limbo.

As speakers at the protest pointed out, when the prestige Paradise office and retail development in Birmingham city centre hit the buffers in the wake of Carillion’s bankruptcy, a new contractor for the building works was found. If that’s doable for a project that will help big businesses in the city, why not for services used by local residents?

It’s welcome that Jeremy Corbyn has pledged to scrap PFI contracts if Labour is elected. To truly end the rip-off and make the money available for spending on frontline services, this should be done without compensation to large shareholders.

Labour councils, such as those in Birmingham and Sandwell, should act now and use their supervisory powers over local NHS trusts to halt and reverse privatisation plans, so we can make the NHS the publicly owned and publicly run service that it was founded to be.