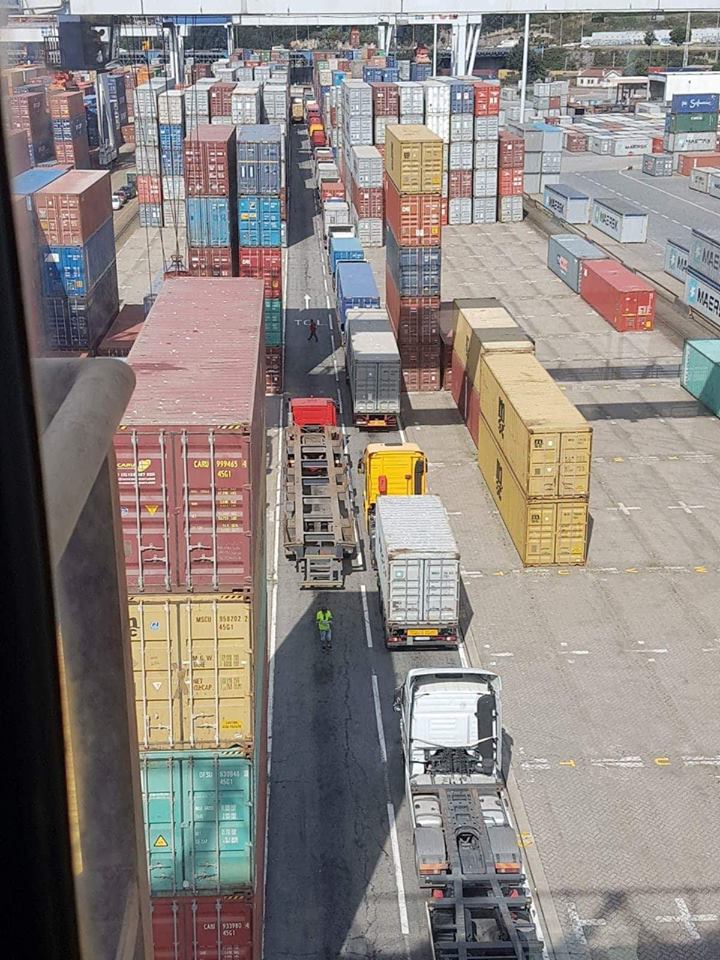 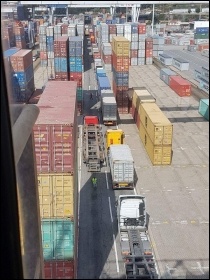 Work at Portuguese docks ground to a halt due to the strike   (Click to enlarge: opens in new window)

Portuguese dockers took strike action across all ports on 27 July. They are fighting against widespread persecution and union busting in Portuguese ports, especially in Leixões and Caniçal (Madeira), where workers are being threatened and harassed for joining SEAL – the national dockworkers union that strives to unite workers and fight for fair and safe working conditions and contracts.

The strike had 100% participation, with all the ports either completely shut down or seriously slowed down.

In a marvellous example of working class solidarity, dockers in Lisbon also struck in solidarity with their victimised colleagues. This led to attacks by the bosses who used it as an excuse to rip up a collective bargaining agreement agreed two weeks ago.

The 27 July strike was not only about union busting. It was also about supporting and defending precarious workers, who are forced to accept less than half the wage of other workers.

There are reports of precarious workers who affiliated to SEAL being arbitrarily downgraded in their responsibilities, and of attempts to bribe these workers with thousands of euros to disaffiliate.

Unfortunately, other so-called unions, supported by the bosses, have tried to divide and disown this strike. However, the strike had an overwhelming effect in all ports where SEAL has a presence.

Continuing the action, a four-week ‘strike’ (overtime ban) against the excessive hours dockers are obliged to work has been announced across all ports in Portugal. It will run from 13 August to 10 September.

The Portuguese dockers, following their prolonged strike and demonstrations in 2016, have again sent a powerful message to both bosses and workers.

Their action shows the power of the organised working class, and what fighting, democratic, member-led unions can do.

As the slogan from 2016 said: “Precariousness? Not for the dockworkers, nor for anyone”.