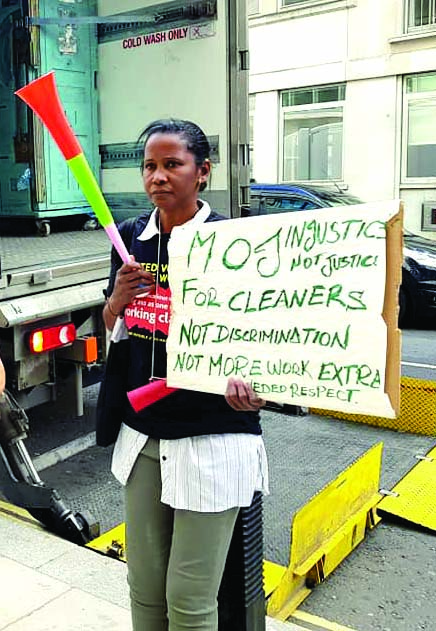 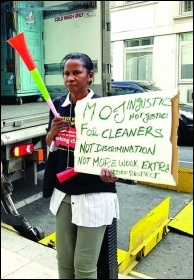 The vibrant picket lines are a staple of the United Voices of the World union, which organises mainly low-paid cleaners, many who come from South America. The Socialist spoke to ‘Mariela’ on the Kensington and Chelsea picket.

Yes really, really successful, because now they listen to us. Before, without the strike, they don’t want to listen. Many people support us. They [the council] are coming to talk to us, people who are very important. And we are very, very bold now.

It’s a really good first step. Are many cleaners on strike? Is it the majority?

Yes it’s the majority and many people from other companies are coming to support us as well. Today it is just Kensington and Chelsea and the Ministry of Justice on strike but there is another company as well.

Because we get poverty wages we have to work more hours a day. Like me, many cleaners are working eleven or 12 hours a day, and another team is working 60 or 80 hours a week just to pay the rent, pay the bills, the transport… we have to work lots of hours.

Yes, if we win it will be a lesson for everyone, people will be very happy, very excited. It’s not only about us – it’s against the poverty wages in London. We are looking out not only for us but for all people.