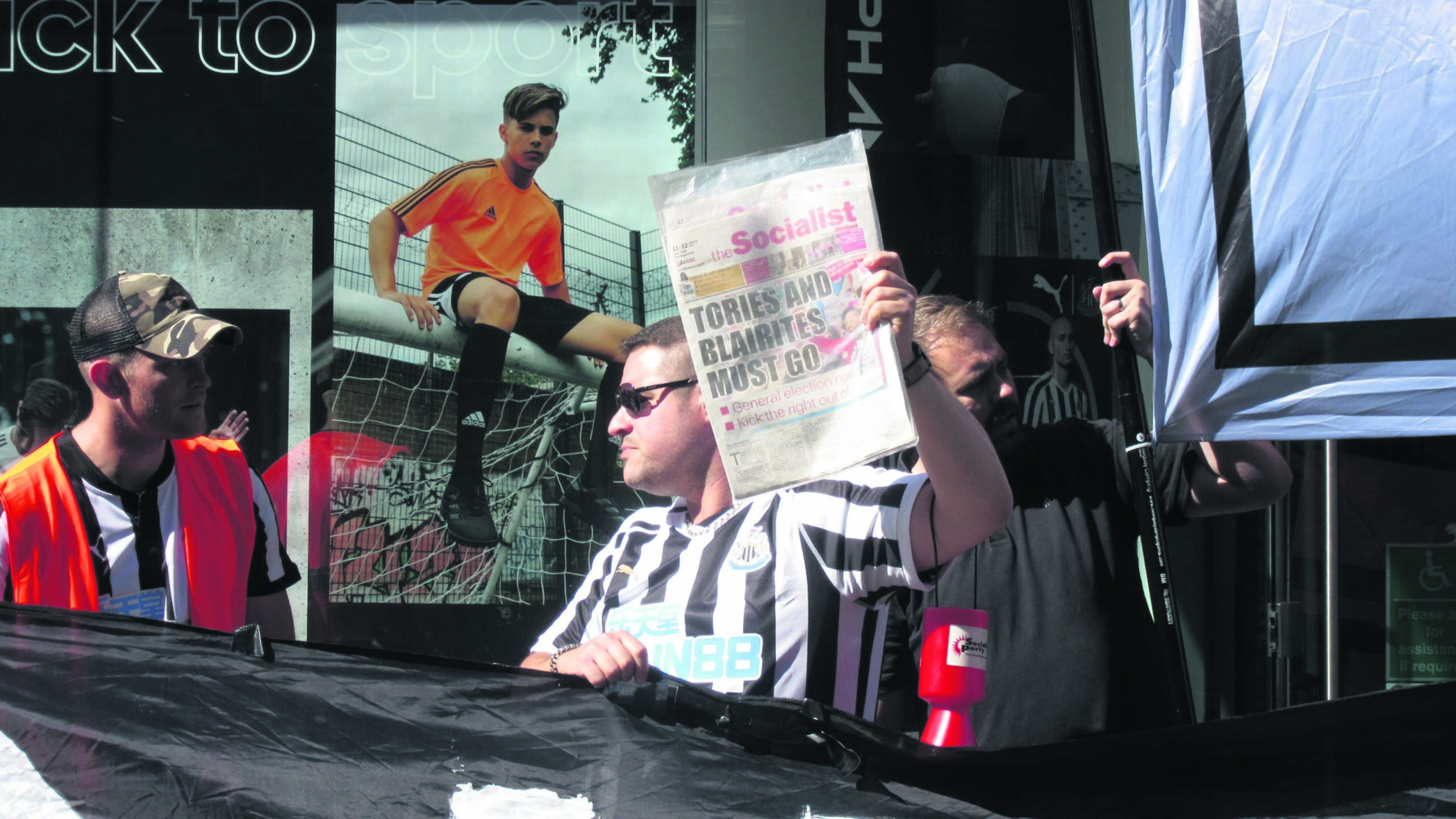 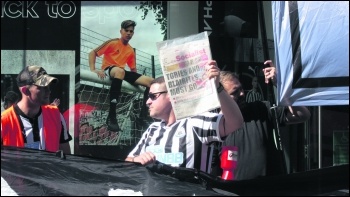 The long campaign to force Mike Ashley out of Newcastle United football club continued on the first day of the season on 11 August. Hundreds of Newcastle fans protested at the city centre Sports Direct, owned by Ashley, organised by fan groups and supported by the Socialist Party and National Shop Stewards Network (NSSN).

A Socialist Party member entered the store to assure staff and security contractors drafted in that the protest was not directed against them, but their greedy Victorian-era villain of a boss.

As the protest grew fans unfurled a giant banner: “He is only one man, we are a city.” During the last five minutes of the match fans staged a stand-up protest against Ashley.

Cut-throat capitalist Ashley is at Newcastle United to make money. Crowds increased from an average of 49,754 in 2015-16 to 51,992 in 2017-18 and tickets prices have gone up. With shirt sales, merchandising and TV money, the club makes a massive profit. Yet manager Rafa Benitez has to beg for cash to buy players and keep the ones he has.

In 2016 Sports Direct was forced to admit it paid staff at its Shirebrook warehouse less than minimum wage. An MPs’ report compared its operations to a “Victorian workhouse.” In reality it was a grassroots campaign led by Unite the Union and the NSSN which forced the issue into the open.

Ashley claimed to know nothing about the ‘six strikes and you’re out’ policy at Sports Direct which meant staff were sacked for chatting too much, spending too much time in the toilet or being sick and unable to attend work. Three quarters of Sports Direct staff are on zero-hour contracts.

Ashley claims he has no money to pay staff decent pay and invest in decent players at Newcastle yet revenue in the year to 30 April 2017 rose by 11.7% to a whopping £3.24 billion. He recently found £90 million down the back of the sofa to buy House of Fraser.

The Socialist Party has long campaigned to kick fat cats like Ashley out of the beautiful game and for it to be run democratically by and for the fans.

There were excellent discussions at the Socialist Party campaign stall with supporters about the next phase of the campaign. 40 copies of the Socialist were sold and generous donations were gratefully received – fans acknowledge our role in this fight.