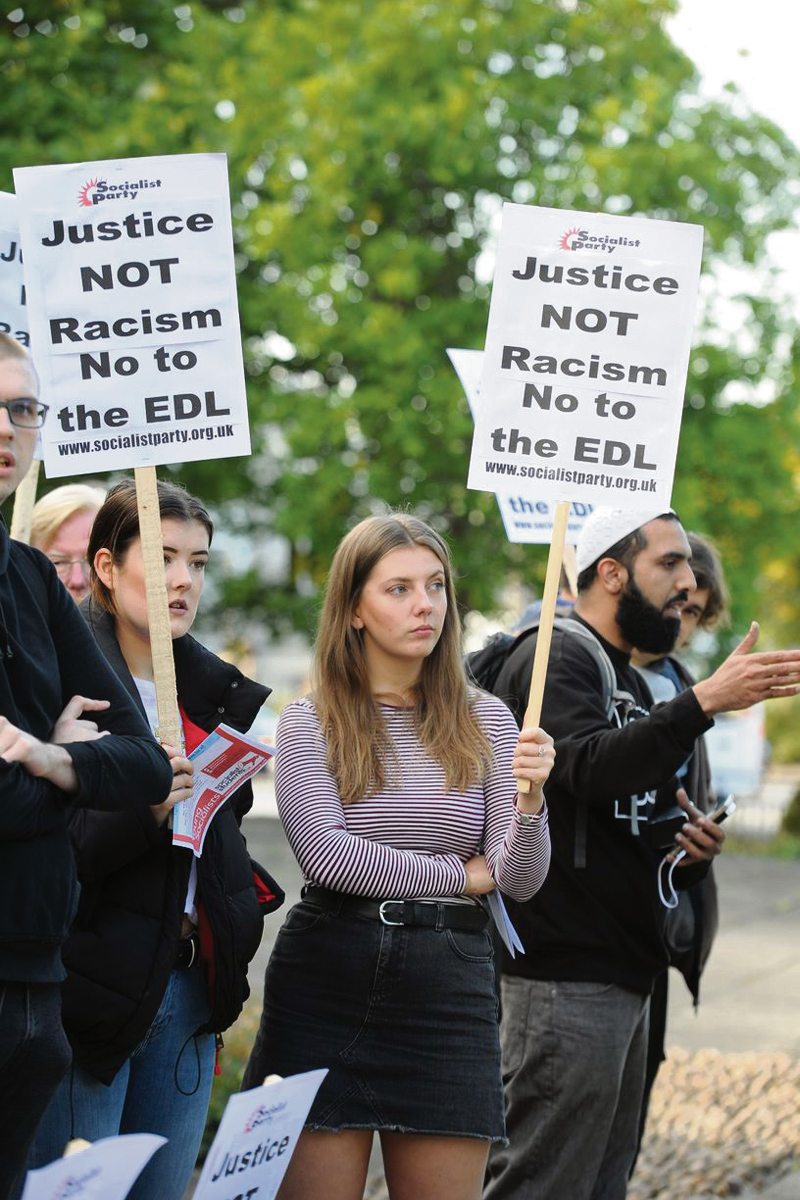 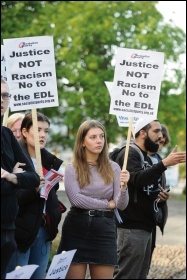 Protesting against the EDL in Huddersfield, 5.9.18, photo by Huddersfield Socialist Party   (Click to enlarge: opens in new window)

Protesters joined a call to action by Huddersfield Socialist Party to oppose a demonstration by the far-right English Defence League (EDL) on 5 September at the town’s magistrates’ court, where 31 predominantly Asian Muslim defendants faced charges of sexual crimes against young women and girls.

Sexual crime is a vile stain on our society and we stand in solidarity with all victims everywhere. It’s clear that sexual abuse can occur wherever conditions allow for it – in schools, churches, football clubs, the entertainment industry and so on.

The importance of our counter-protest was shown by the abusive shouting of the dozen or so EDL members present, and their ostentatious videoing of everyone and everything – particularly of any Asian people who happened to be passing by.