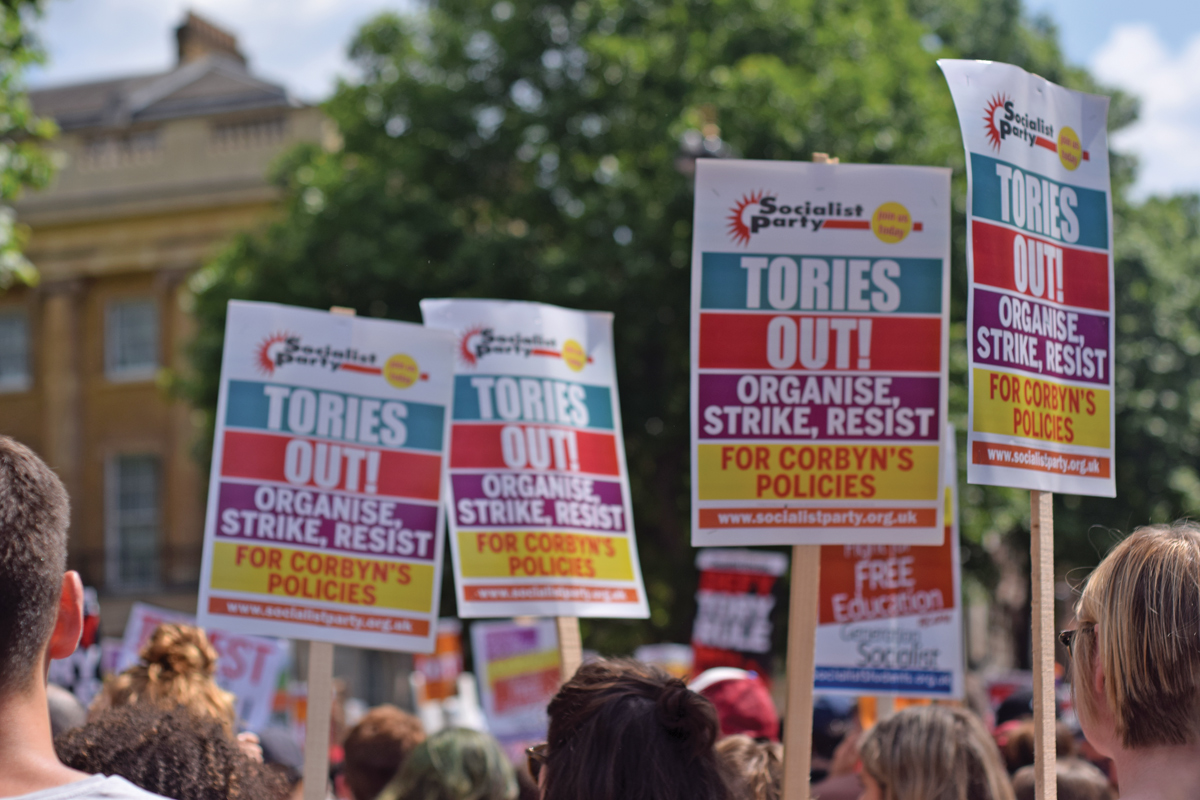 Editorial of the Socialist issue 1011 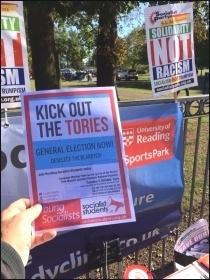 At the time of publication of this editorial, the Labour Party conference is still taking place in Liverpool. The question is, has the conference made changes to the party that have equipped it to be fully capable of leading the fight against austerity?

Since Jeremy Corbyn first stood for leader, the party has been convulsed by civil war – at times more open, at times more hidden. It’s between Corbyn supporters, both inside and outside the Labour Party, who represent a new anti-austerity party in formation, and the Blairites who wished to maintain the status quo of a pro-austerity, pro-capitalist party.

It was expressed in the purges and exclusions that took place during the two leadership contests as the right wing used every means to prevent a Corbyn victory. In the last months it has been shown in the unrelenting attacks by the right-wing MPs. It will be impossible for the party to successfully act in the interest of workers without sabotage from within while this ‘Backstabbing Tendency’ remains in place.

When thousands responded to Corbyn’s stand in 2015 it was because they saw the chance to end the decades of Labour being a Tory party mark two. The absence of an independent, working class political voice has been a big factor in the falling living standards workers and middle class people have suffered.

But Corbyn has been paralysed from acting as forcefully as he should have done because the strategy of appeasement and compromise has only resulted in attacks by the right.

This conference is the culmination of the democracy review announced at last year’s conference. But so far it has not produced a blueprint for the transformation of the Labour Party. The conference has voted on some minor tweaks to the processes by which parliamentary and leadership candidates are selected. But they do not amount to the root-and-branch changes that are needed.

The working class has not been put in the driving seat. But that is precisely the task. Denouncing the rotten role played by right-wing MPs is nothing to them if they are allowed to stay in their seats and carry on preventing the party from fighting the Tories.

The conference did have eight rule changes submitted by 13 Labour branches which aimed to make it easier to remove sitting MPs. A petition supporting this aim was signed by 50,000, and there was widespread lobbying of national executive committee members to fight to get reselection of MPs on the conference agenda. Momentum also changed its position from attacking Socialist Party members who put forward democratic mandatory reselection to putting forward a version of it, ‘open selection’.

In this context, it is disappointing that Unite the Union, which has a conference policy to support mandatory reselection, did not appear to fight for this demand.

Open selection is based on ‘one member, one vote’ (OMOV). In previous editorials we have explained why OMOV is a limited form of expression for the working class in Labour. We explained that, in the past, trade union branches would send delegates to constituency Labour parties (CLPs), alongside ward party representatives, to select a parliamentary candidate.

This was the way, for example, that the Militant MPs Dave Nellist and the late Terry Fields and Pat Wall, won their selection as Labour candidates in the 1980s.

That democratic structure, meant that there was healthy, mass participation in Labour parties like in Liverpool and Coventry. These were effectively local ‘parliaments of the labour movement’. This was overturned in 1994 by the introduction of OMOV rules for selecting candidates.

Those changes, promoting passive membership over representative democracy, were accurately described by John Prescott as being more important in changing Labour than the abolition of the socialist Clause Four from the party constitution.

Mandatory reselection of MPs to ensure the party becomes a vehicle for fighting austerity must be based on the trade unions having the right to directly nominate candidates onto parliamentary shortlists. We also argue that the role and participation of the unions needs to undergo a process of being democratised, under the control of union members.

We call for the abolition of the national policy forum, where unions hold just 16% of the votes – with policy-making power instead restored to the party conference. In Liverpool this year, there have been expressions of frustration and anger at the limits on the ability of the conference to decide the course of the party.

At Labour Women’s conference, Brent MP Dawn Butler praised the Militant-led socialist council in Liverpool in the 1980s, which refused to carry out Tory cuts and instead acted in the interests of the people of the city. That Labour council, along with others, had a ‘district Labour Party’ structure – with directly elected union branch delegates and the power to decide local election manifestos and elect council Labour Group officers. A return to this, replacing the present council Labour Group-dominated ‘local campaign forums’, which are responsible for council candidate panels, would be a key step in the necessary process of ending the scandal of Labour councils carrying through austerity and therefore undermining Corbyn’s support.

Conference was presented with the opportunity to vote on changes to the way the leadership candidate gets onto the ballot paper. The proposal to be voted on did not reduce the 10% threshold for the number of MPs’ nominations that a candidate must gather to get on to the ballot paper, which many CLPs had sought, and also required candidates to secure nominations from 5% of constituency parties, or 5% of the members of trade unions or other affiliated organisations. But the change that is needed is the ending of the MPs’ veto over who can be a leadership candidate by introducing a qualifying threshold based on CLP and trade union nominations only.

In the last edition of the Socialist we published our correspondence with Labour general secretary Jennie Formby where we argue for membership of the Labour Party on a federal basis.

The lessons of Liverpool, for example, as well as how the poll tax and Thatcher were defeated, should be the type of issues debated within a federal-based party that the Socialist Party could be part of. Therefore socialists who have been expelled or otherwise excluded should be readmitted to aid this and to strengthen the fight against the Blairites.

The right to be organised within the party exists for the right wing, for example for the Cooperative Party – so why not for the left? Why not allow the affiliation of socialist parties and anti-austerity, anti-racist, socialist-feminist and Green campaigns and organisations in a modern version of the early federal structure of the Labour Party?

Socialist ideas must be put to the fore. The average age of a Labour new joiner is 51 according to recently revealed research by Queen Mary University. But poll after poll shows young people are attracted to socialist ideas. A new Clause Four – replacing Blair’s that praised “the enterprise of the market and the rigour of competition” with a commitment to a democratic, socialist society based on the common ownership of the means of production, distribution and exchange, is needed.

This is a programme for urgent action. Workers and young people will not continue to look towards a Labour Party that holds them back from fighting austerity. It was the anti-austerity programme that drew them in and, if they are blocked in their attempts to organise against austerity, the enthusiasm generated by Jeremy Corbyn’s initial leadership victory is in danger of being lost.