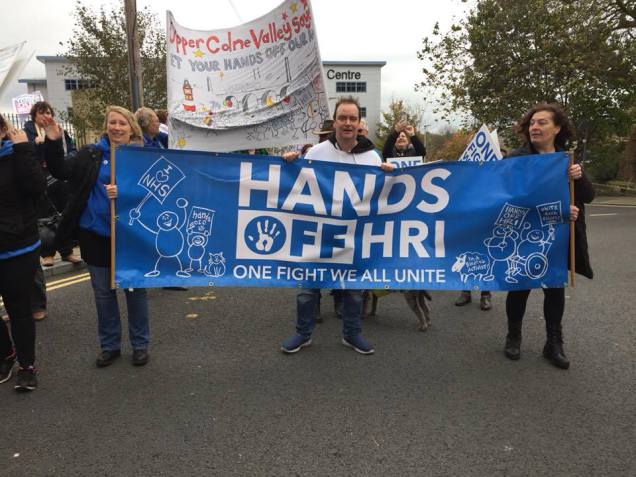 Hands Off HRI has called a public meeting to assess the recent announcements on the future of Huddersfield Royal Infirmary (HRI). The hospital trust has announced, following a lengthy campaign by Hands Off HRI, that the A&E has been saved and that HRI is not now to be axed.

This is very welcome news but they also have plans to expand Calderdale Royal Hospital, and intend to run down all acute and emergency services at HRI. Campaigners fear this will leave Huddersfield without full hospital services.

The main speakers are Tony O’Sullivan, Lewisham Hospital campaigner and co-chair Keep Our NHS Public; Yogi Amin, head of public law, Irwin Mitchell and Dr Jackie Grunsell, local Socialist Party campaigner and GP. Hands Off HRI is also calling on all supporters to attend our next protest march on Saturday 6 October in Huddersfield. Assemble at Market Cross (opposite McDonald’s) at midday and march around the town centre