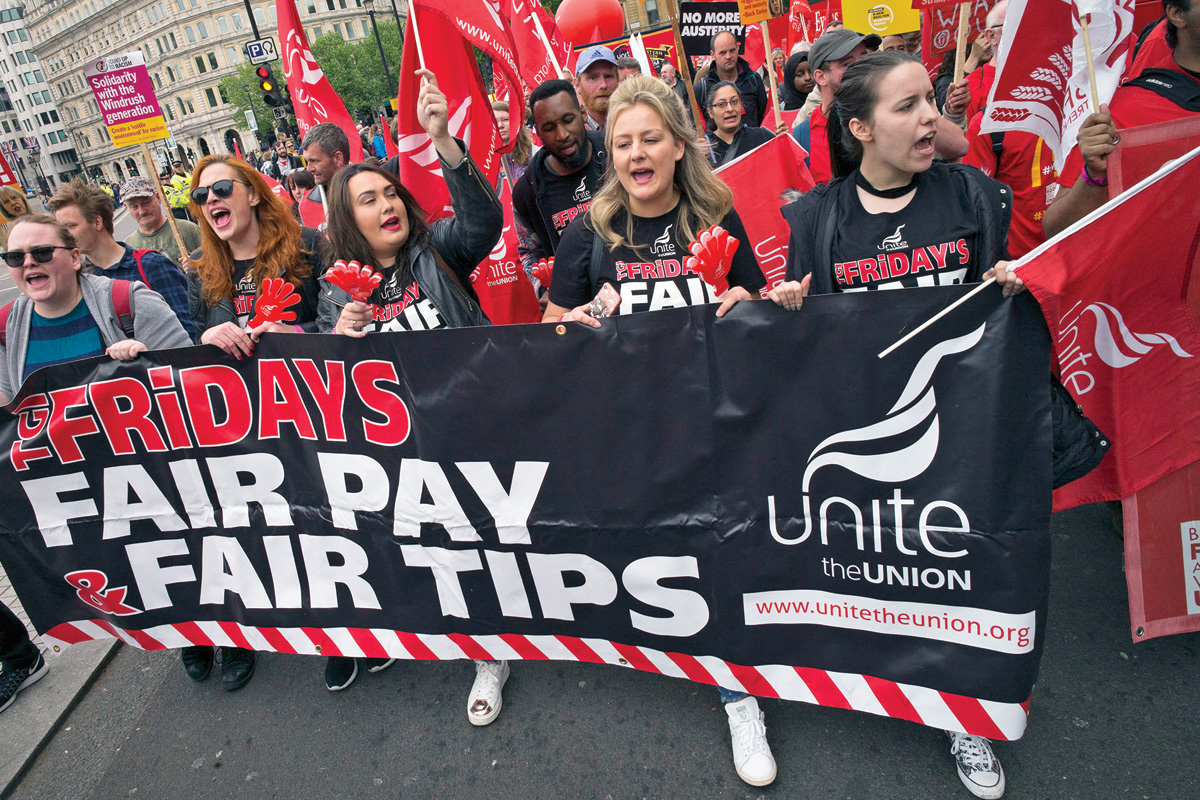 Food and hospitality workers across the country are striking together on 4 October in the fight for union recognition and decent pay. The joint strike includes workers at McDonald’s, Wetherspoon, TGI Fridays and Uber Eats couriers.

I work for the pub chain Wetherspoon where it’s possible to work 6am-3pm one day and 3pm-12am the next – with only sporadic days off.

The fear of the first strike in the history of Wetherspoon has forced management to bring forward a raise.

From 5 November, the company is implementing a wage increase which will be significant for large numbers of staff. Under-18s are receiving a 50p pay rise, 18 to 20-year-olds get £1.85 extra, managers have two and half hours less to work with no change in salary, and there is a £1 premium when working between 12am and 6am.

So is it good news for workers? Partially, in the way that a plaster on a wound would be good news. The pay rise that is being given now means that no pay rise will be given in April – as is usually the case. Furthermore, a great deal of staff are ex-students with loans and overdrafts to pay off. When this is compounded with the exorbitant rent charged in cities, as well as the irregular hours – it’s nowhere near enough.

Two pubs in Brighton will strike demanding a £10 an hour minimum wage, equal pay regardless of age, and recognition for the bakers’ union BFAWU.

Joining them are TGI Fridays staff in Unite the Union in Milton Keynes, Covent Garden and east London, who are striking over low pay and not receiving their tips. McDonald’s workers, also in BFAWU, are striking in Brixton, Crayford, Cambridge and Watford, demanding elimination of zero-hour contracts, and £10 an hour. And couriers at Uber Eats and Deliveroo are joining the action in a UK-wide strike called by the IWW union, supported by the IWGB and GMB unions.

Low-paid and gig economy workers are organising ourselves and fighting for our own interests. And this will only be the beginning. The previous rounds of McDonald’s strikes began as a spark which rapidly spread, leading to a wage increase.

The mere mention of strike action has now caused Wetherspoon management to rapidly offer an (inadequate) pay rise. If we fight we can win!