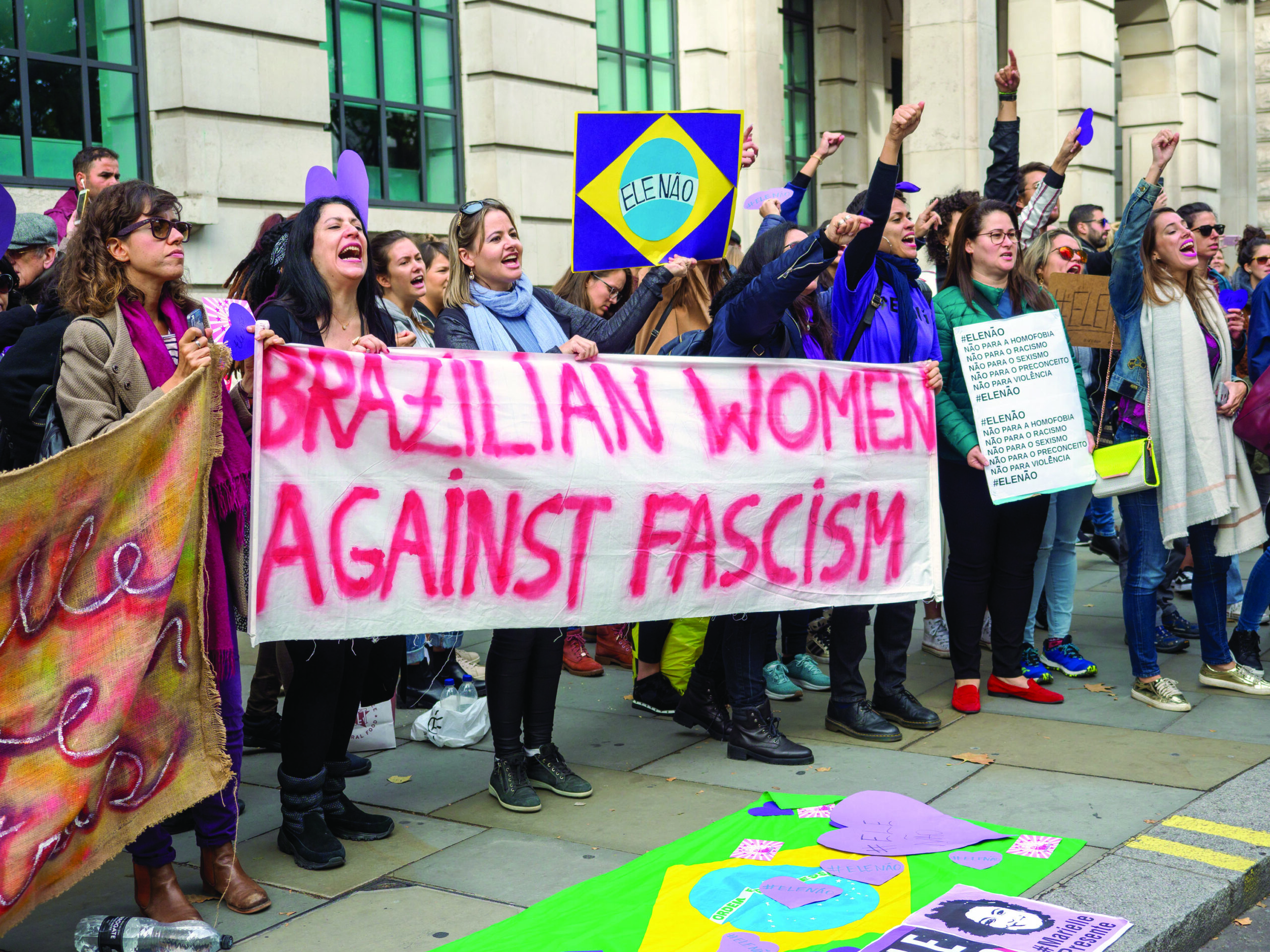 Bolsonaro – a threat to workers and all oppressed people 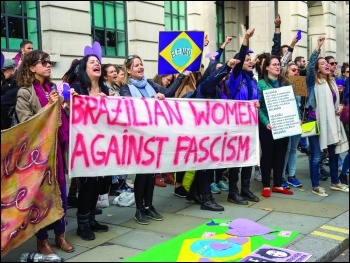 The victory of Jair Bolsonaro in Brazil’s second round presidential election by a 10% margin over the Workers’ Party (PT) candidate Fernando Haddad, represents a setback for the Brazilian working class and opens a new chapter in Brazil. It will also embolden the far right in other Latin American countries.

At his last election rally he spoke of the need to “eliminate the opposition and socialism and communism”.

In the run-up to the elections the military police entered over 20 universities following electoral judges’ ruling against “anti-fascist” groups.This decision was later overturned by other sectors of the judiciary. However, it illustrates the extremely repressive nature the new government of Bolsonaro will have.

At one PT rally, a car drew up and a gunman got out shooting one person. At the Bolsonaro celebrations his supporters brandished pistols firing them into the air. In Niteroi a district of Rio de Janiero, military armoured cars took to the streets to celebrate Bolsonaro’s victory.

Bolsanaro had previously proclaimed: “Yes, I’m homophobic – and very proud of it.”

This victory poses a threat and challenge to the workers’ movement and the left. In the final stages of the campaign a growing mood of resistance was developing, reflected in massive anti-Bolsonaro protests in Rio and other cities.

PSOL and the MTST homeless workers’ movement have correctly taken the initiative to call protests. A new layer of workers and young people far more critical of the PT from the left is emerging.

The victory of Bolsonaro is a product of the failure of the ‘left’ governments when in power. The PT was involved in corruption along with all the capitalist parties in Brazil.

Bolsonaro also used the crisis in Venezuela to attack the left. The failure of the Chavista-led governments to break with capitalism has resulted in a social catastrophe which is now being used by capitalist politicians and governments worldwide to attack ‘socialism’.

Brazil’s outgoing billionaire, neoliberal president Michel Temer (who in 2016 ousted former PT president Dilma Rousseff in a parliamentary coup), following Bolsonaro’s victory is now reintroducing his previously defeated attack on pensions. This and other anti-working class measures will give the left the opportunity to begin to build a fighting socialist alternative.

Brazil’s ‘third round’ will be fought on the streets. The workers and left organisations need to be drawn together to begin a fightback. This means defending democratic rights and repelling all attacks on working people and the oppressed. The need, in the short term, to form self-defence committees against threats and attacks from the far right is urgent. LSR is fighting now to build the resistance to Bolsonaro and to fight for a more powerful socialist alternative.