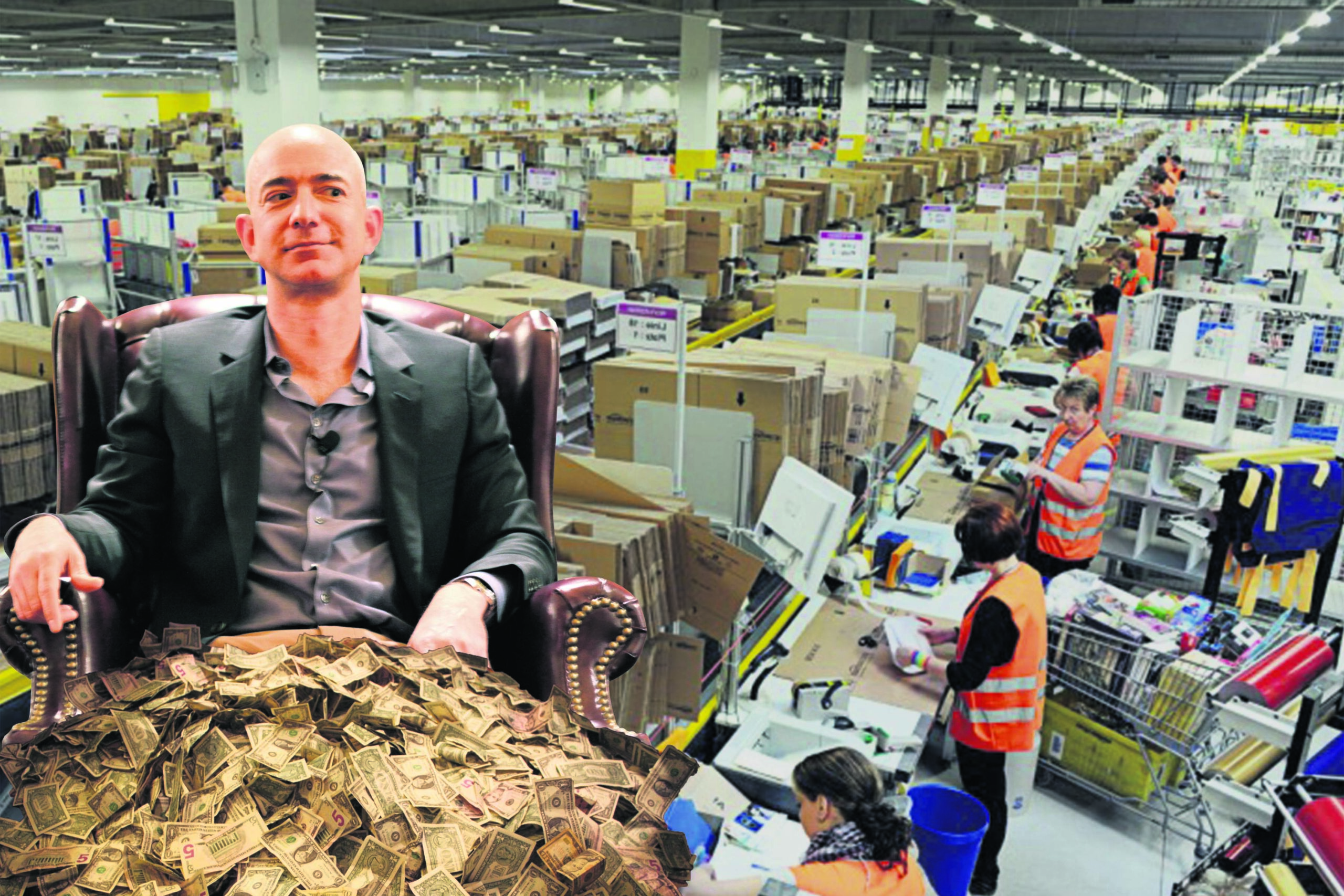 ‘Fat Cat Friday’ shows where all the money’s gone: take the wealth off the 1%!

I hadn’t even received my first paycheque of the new year when the average chief executive of a FTSE 100 company had already ‘earned’ more than my entire annual salary – in less than three days!

Workers can see more and more how much society is rigged against us, and in favour of a powerful super-rich elite.

Top bosses received a staggering 11% hike in their already-absurd levels of pay and bonuses, according to the High Pay Centre. With average wages only rising by 2.6% last year – below inflation – so many of us only have the prospect of wage stagnation, precarious work and pension cuts to look forward to, year in and year out.

The ‘fat cat’ statistics come out every January. The sheer inequality and exploitation they reveal is truly grotesque. But ‘Fat Cat Friday’ is only possible because of capitalism.

Fat cat day has become a routine, put in the spotlight once a year by the union leaders and then forgotten. But pay inequality is an issue all year round, and trade union struggle can combat it!

Top bosses earn as much as 133 of their average employees – or 386 workers on the minimum wage. Are they seriously saying that if the boss spent a day on a golf course, it would have the same impact as hundreds workers refusing to do their jobs?

Of course not. If workers didn’t come in, everything would stop. The profits taken by the shareholders and execs are produced by the workers, not by themselves.

So why do the Tories and Blairites see all this is as an acceptable thing – even a success story? For overworked and underpaid NHS staff, teachers and council workers it’s not. For the young people on zero-hour contracts and the minimum wage with no prospect of secure housing it’s not.

The Socialist Party says workers are the wealth creators – while the fat cats are just the wealth takers. We say the working class should control that wealth, not the super-rich. That’s why, to everyone reading this, I extend the invitation to join us.

Not just to point out the flaws of capitalism – but to help us fight to replace it with a society based on collective ownership and planning of wealth for the good of all, not the profit of the elite. A socialist society.

While the rest of us suffer austerity and choices between eating or heating, the fat-cat bosses were enjoying lavish pay packets in the region of £4 million each last year!

Meanwhile, millions of workers across the UK are still experiencing annual wages £760 lower than they were a decade ago, before the crisis, according to the Institute for Fiscal Studies.

The solution isn’t to tweak the overinflated ‘incentives’ for the bosses, but to overthrow the rotten capitalist system that creates such grotesque inequality in the first place.

This grotesque greed is justified by self-serving money-gluttons who preposterously claim they are irreplaceable, and so worth every penny of their bloated pay packets! Meanwhile, the wages and conditions of the workers who actually create the wealth are constantly under attack.

These are the fat cats who bankroll the Tories and Blairites.

Frances O’Grady, general secretary of the Trade Union Congress (TUC), responded to the findings by calling for “big reforms to bring fat cat pay down to earth.” That’s OK. But it doesn’t go nearly far enough.

Such confirmation of the inequalities rampant in austerity Britain should stimulate mass action by the whole labour movement, including the TUC and Labour councils, to create the conditions for a general election now.