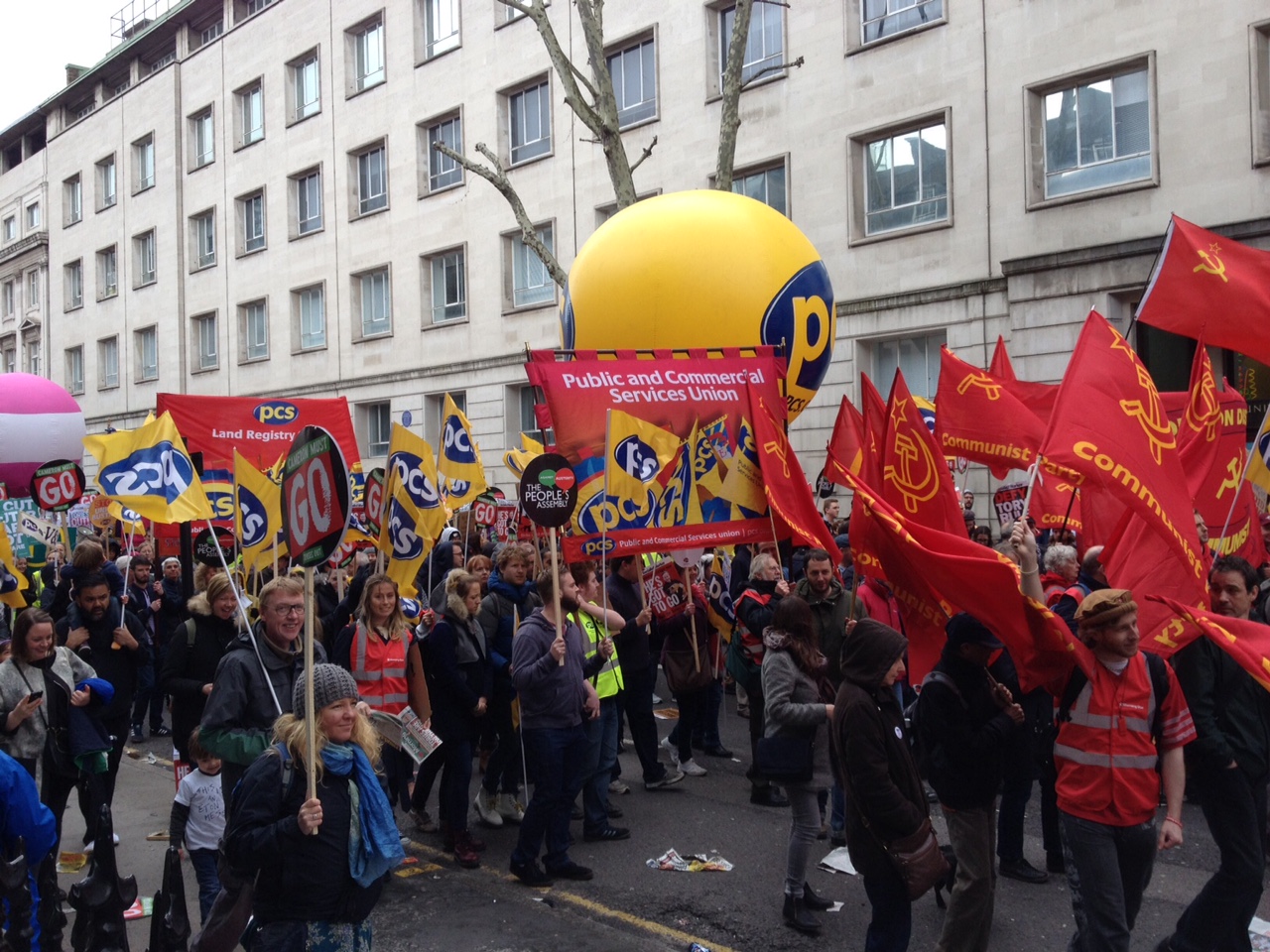 Chris Baugh is standing for the PCS Left Unity assistant general secretary nomination in a rerun of this election.

When news broke that ill health had caused previous nominee, Janice Godrich, to stand down, the reaction of many Left Unity members was to call for the only other candidate and current assistant general secretary, Chris Baugh, to be the Left Unity candidate.

These calls were rejected by the Socialist View majority on the Left Unity national committee, despite the fact that Chris had won over 48% of the votes in the ballot held in 2018.

Following a meeting of the committee before Christmas, a statement was issued to members by the Left Unity national committee majority which set out arrangements for the rerun election.

This called for nominations by 11 January 2019, with a ballot closing date of 24 January. The statement went on to attack Chris and his supporters in the Chris4AGS campaign – an act which reminded many PCS members of the anti-democratic ballot interference of the old union right wing.

Socialist View have decided a candidate in this rerun. Apparently, this will be Stella Dennis, a PCS senior full-time officer.

Socialist View had previously justified their decision to challenge Chris Baugh by supporting Janice Godrich on the grounds that she was a rank-and-file candidate, 18 times elected as national president, supported by PCS general secretary Mark Serwotka and someone who they claimed was the most high profile woman in the trade union movement.

None of these arguments support or justify their decision to stand Stella Dennis.

At the same time as arrangements were being made to rerun the election, another PCS senior full-time officer, Lynn Henderson, announced she is standing for assistant general secretary against Left Unity and with the support of Mark Serwotka.

This turn of events has shocked many Left Unity members who recall Mark Serwotka’s promises, repeated as recently as December, that he would support the Left Unity candidate no matter who it was.

Mark Serwotka initiated the campaign to get rid of Chris Baugh and led a campaign of smears against him. His decision to support non-Left Unity member Lynn Henderson shows contempt for Left Unity and is a vote of no confidence in Stella Dennis.

The question all Left Unity members will be asking is this: is Stella Dennis a credible candidate and are Socialist View serious about standing a candidate in the PCS elections against Mark Serwotka’s choice – Lynn Henderson?

Chris Baugh is standing as the incumbent assistant general secretary, having held the position since 2004. He is the three-time Left Unity candidate for the position and a consistent supporter of Left Unity and the Broad Left for over 40 years of union activity.

The Chris4AGS campaign is seeking nominations for Chris and also for Tahir Latif to fill a national executive committee vacancy on the Left Unity slate. The campaign is also calling for assistant general secretary candidates to be allowed to be present at the ballot count.

Chris Baugh, we believe, can and will win this rerun election and Left Unity will be expected to support and campaign for his election along with the rest of the Left Unity slate.

On this basis, Left Unity can emerge from this difficult period with its reputation restored as the biggest, most democratic and inclusive left rank-and-file organisation in the trade union movement.