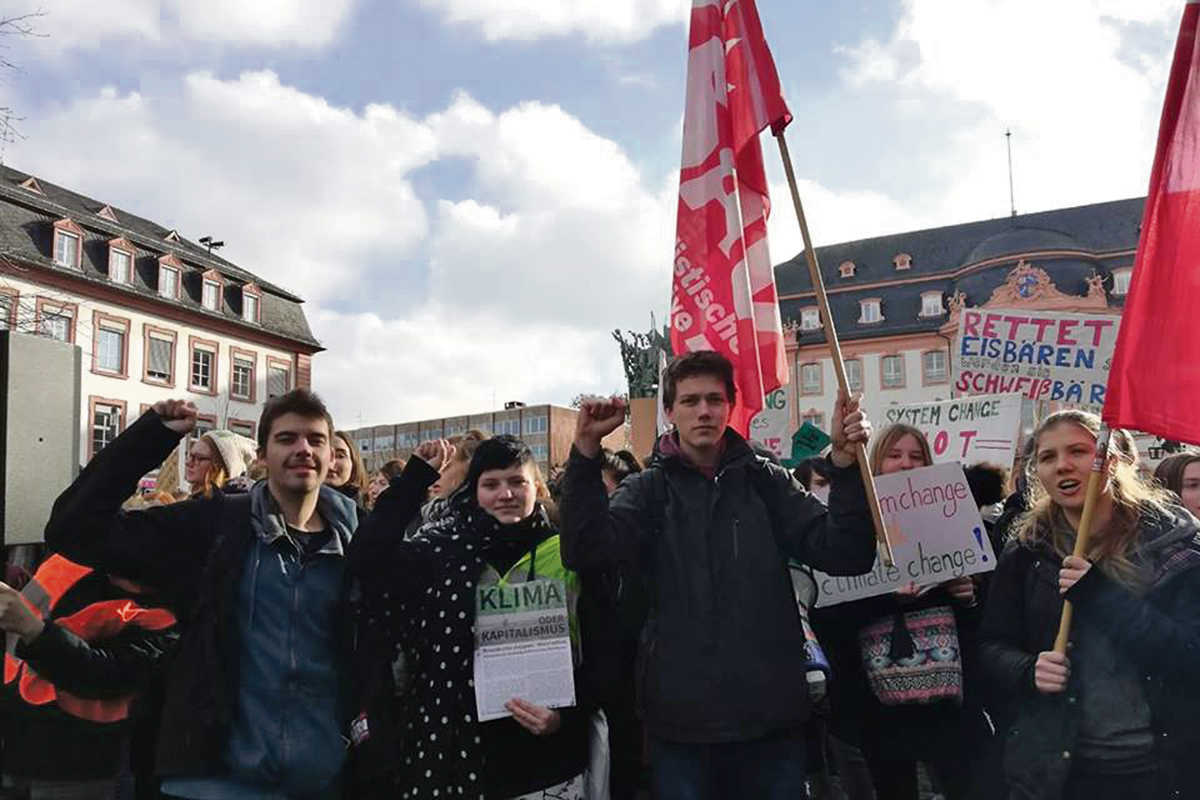 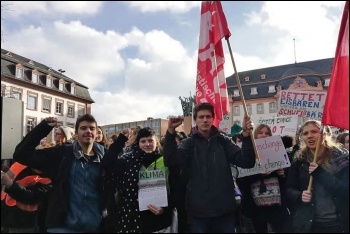 Students on strike against climate change in Germany, 18.1.19, photo by SAV (CWI Germany)   (Click to enlarge: opens in new window)

This generation thinks the neoliberal approach – putting the responsibility with consumers – has failed.

The second ‘school strike for the climate’ on 17 January assembled 14,000 students in Brussels, after 2,000 demonstrated the week before.

The idea spread like wildfire when two students called for ‘Thursday strikes’ on social media. Students in Walloon students have walked out too.

A big sense of urgency is part of the mood. They say, “what good is school, if there is no future”.

One student said: “Our only means to put pressure [on the government] is to not go to classes, in the same way workers decide to go on strike”.

One of our slogans, “international resistance, against the pollution of capital”, was shouted throughout the whole demonstration.

Neoliberal politicians will likely find these demands ‘unrealistic’. This is because they defend the multinationals and shareholders’ interests, for whom our future on this planet is subordinate to their profits.

SAV and Left Youth member Caspar spoke on behalf of Mainz student representatives. We’re protesting “not because, as some of us have already been accused, we are yuppie-ecos who like to shop in expensive organic shops and insult everyone as climate sinners who do not feed on soybeans, but because our lives are being sold for profits!”

It’s important the pressure continues to be built. Only through mass protests and strikes, which do not neglect the economic questions but demand public ownership of the major monopolies, will ecological upheaval be possible.