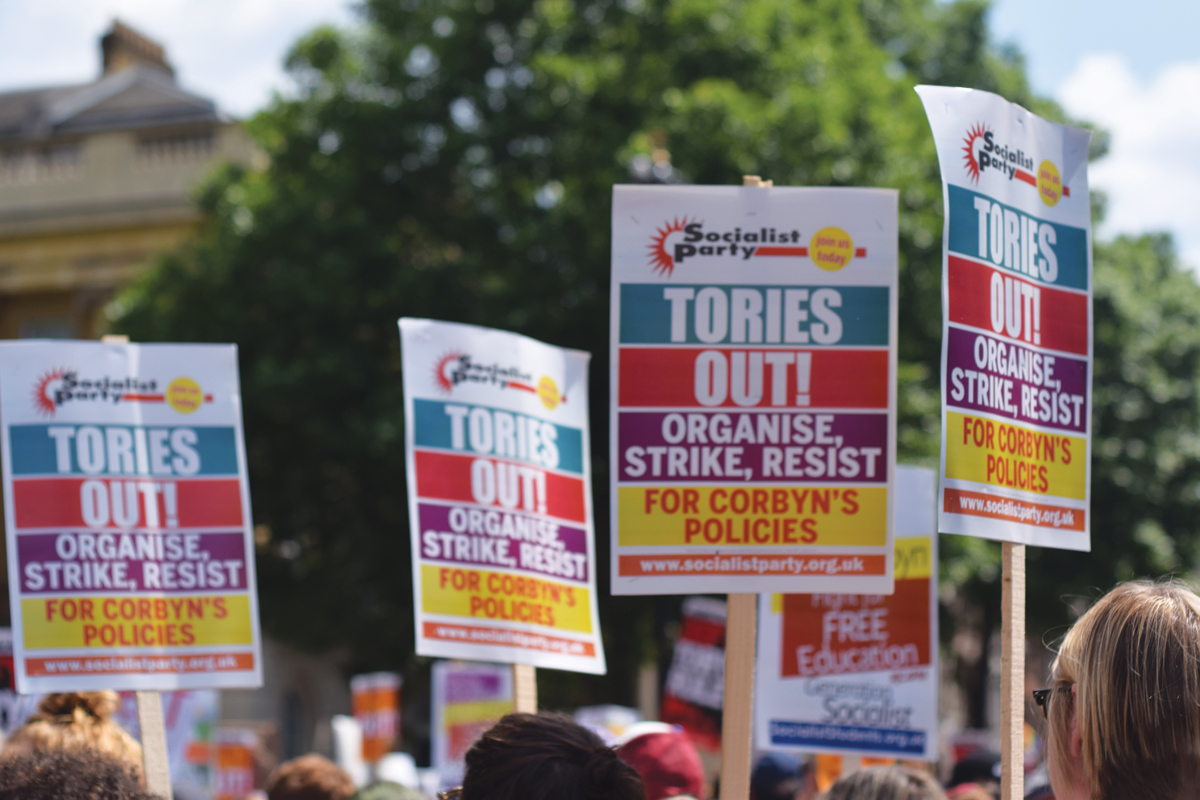 Statistics show that austerity has created terrible suffering in our communities.

Life expectancy – stalled. Infant mortality – up. Children in poverty – up. Suicide rates – up.

And now a new report has confirmed that it has also seriously damaged the economy.

The New Economics Foundation has said that cuts by Tory-led governments in the last decade have stifled economic growth by £100 billion – leaving every household in Britain £300 a month worse off.

Meanwhile, the super-rich have massively increased their wealth.

There has been no recovery in our living standards since the economic crash in 2007-08, and now another one looms on the horizon.

This is the failed capitalist system that Chuka Umunna and eight other MPs have resigned from the Labour Party in order to defend.

Umunna stood in the Labour leadership election describing himself as “Blue Labour” – ie ‘Red Tory’ – and said he wants to be “on the side of those who are doing well”. Tony Blair explicitly backed him.

As business secretary, Umunna took Labour into the 2015 elections saying “over the next parliament there will need to be cuts.”

Every single one of them stood aside to let the Tory welfare cuts go ahead.

But the Independent Group tipped its hand by shacking up with Tory MPs like Anna Soubry – who thinks former Tory prime minister David Cameron “did a marvellous job” doing the “absolutely necessary” work of cutting public services.

But unfortunately, the nine MPs who resigned from the party aren’t the only politicians in Labour who have, in Corbyn’s words, “no problem with austerity”.

This month, with not a whimper of protest, Labour-run councils passed plans to cut hundreds of millions of pounds more from council services. This is despite sitting on mountains of cash reserves which could be used, as part of a fightback strategy, to pass no-cuts budgets.

Instead, council workers around the country have had to strike to defend their jobs, conditions and the public services they provide.

Leading Labour right-wingers like deputy leader Tom Watson and London mayor Sadiq Khan have lined up to bemoan the loss of their Blairite comrades. Watson has now called for setting up a ‘social-democrat’ organisation among Labour MPs to promote the same right-wing ideas as the Independent Group.

Others have already written their resignation letters and are only waiting for the best time to publish them and damage Corbyn.

If his anti-austerity programme is to be implemented, Labour’s left leadership must have these saboteurs removed.

These MPs who have split should face immediate by-elections and be challenged by fighting, socialist candidates.

Mandatory reselection of MPs, as part of a full programme of democratising the Labour Party and opening it up to all socialists and the working class, must be put at the top of the agenda.

And Corbyn and the trade unions must call action to force a general election now.

Our communities and our class will be wracked by the failed austerity policies of capitalism until we build an organisation that will fight to the end for the socialist alternative we need.