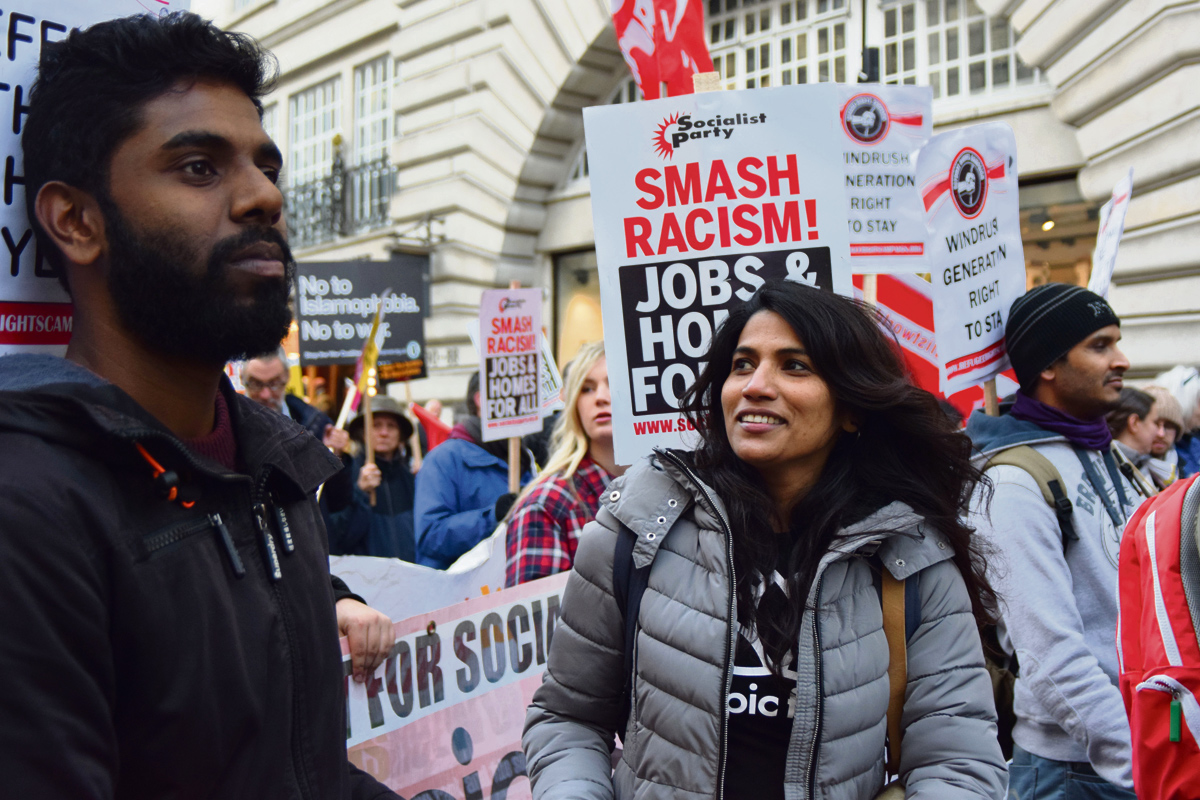 No to racism – No to austerity – Fight capitalism – Fight for socialism 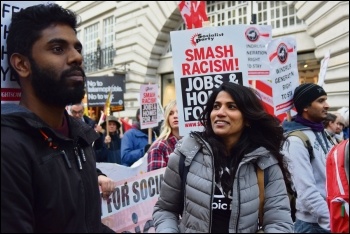 Almost a year since the exposure of the Windrush scandal, the Windrush generation continue to suffer from the ‘hostile environment’. They suffer abuse, benefit sanctions, sacking and deportation.

Even a Public Accounts Committee report revealed that many are “homeless or having to rely on family members.” The promised compensation scheme is yet to start and the urgent hardship fund took eight months to set up.

After over ten years of austerity and cuts to our services – ordinary people continue to pay for the crisis caused by bankers and bosses.

Former Tory prime minister David Cameron described refugees escaping war and extreme poverty as a “swarm”. When Theresa May was home secretary, she pumped public money into vans to drive around telling migrants to “go home”.

Far-right groups like the Football Lads Alliance have further fuelled this propaganda while trying to tap into genuine anger – which we all feel – against cuts to jobs and services and deteriorating living standards.

The Socialist Party argues that capitalism is the root cause of racism. It’s used to divide the working class. The fight against racism must be closely linked to a united fightback of all workers against cuts to our vital services.

The Socialist Party fights for socialism – a different world based on public ownership and democratic planning of the wealth in society, not the enrichment of a few individuals – a society free from exploitation and oppression.

Event: Fascism – What it is and how to fight it

The writings and speeches by Leon Trotsky, one of the leaders of Russian revolution, on this topic are brought together in ‘Fascism – What it is and how to fight it’. In this pamphlet, Trotsky carefully analyses how fascism came to power and why the working class is the only force in society capable of defeating it.

This event – Activist with Ideas, hosted by London Socialist Party – will discuss questions like… will the working class be able to put their stamp on the politics of tomorrow and prevent the rise of the far right? And is it necessary to link the fight against racism and fascism with the fight for a socialist alternative to the capitalist system?

Fascism – What it is and how to fight it by Leon Trotsky is available for £4.50 plus postage at leftbooks.co.uk