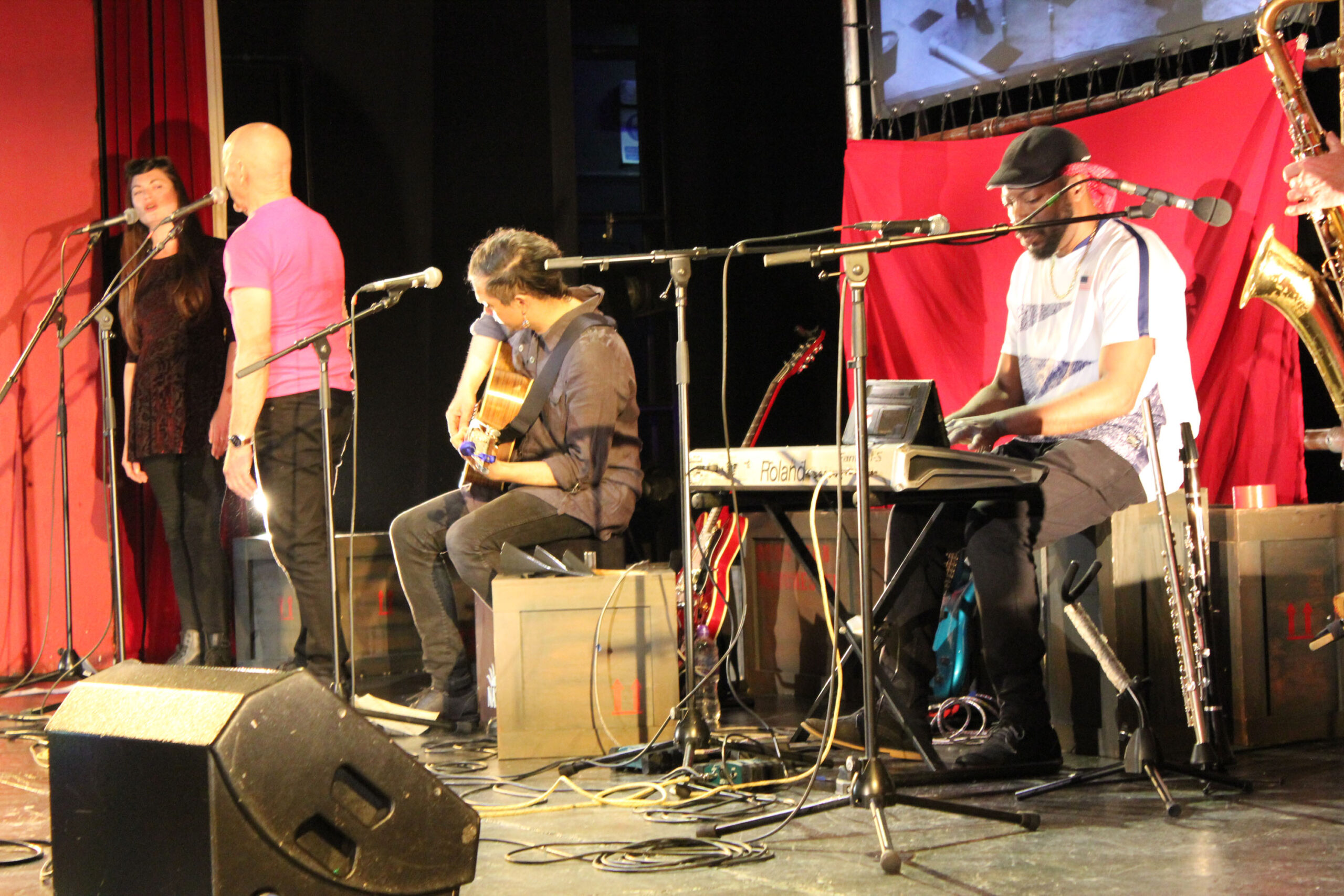 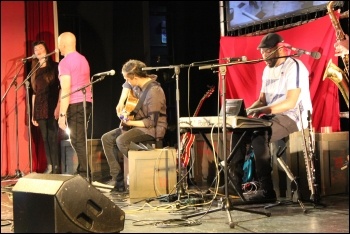 Celebrating the NHS and increasing awareness for the need to protect it, Birmingham-based Banner Theatre’s production ‘Free For All’ played to an audience of almost 200.

Recounting how access to medical treatment was governed by ability to pay pre-NHS, audio and video testimonials painfully described the devastation this wreaked on individuals and families. The cast skilfully weaved through NHS history and the increase in assaults threatening its very existence.

A predominantly Tory-led initiative has engineered a legislative blue-print for fragmenting and running down the NHS, to achieve their ideological aim. Internal marketisation, accounting bureaucracy, and Private Finance Initiatives (PFI) have left an under-resourced NHS. Banner’s take-home message is that, despite sustained attack and inflicted damage, the NHS survives because of its dedicated (but demoralised) staff and strong community-based campaigns.

People can make a difference to outcomes. This was well evidenced by the guest speakers, including Rachel Bannister, Jon Dale, Tom Hunt and Richard Buckwell who spoke of their involvement in successful Nottinghamshire campaigns opposing cutbacks and failing NHS services.

The take home message was – get ready for whenever the next assault comes. We’ll need to organise together to defeat that too!