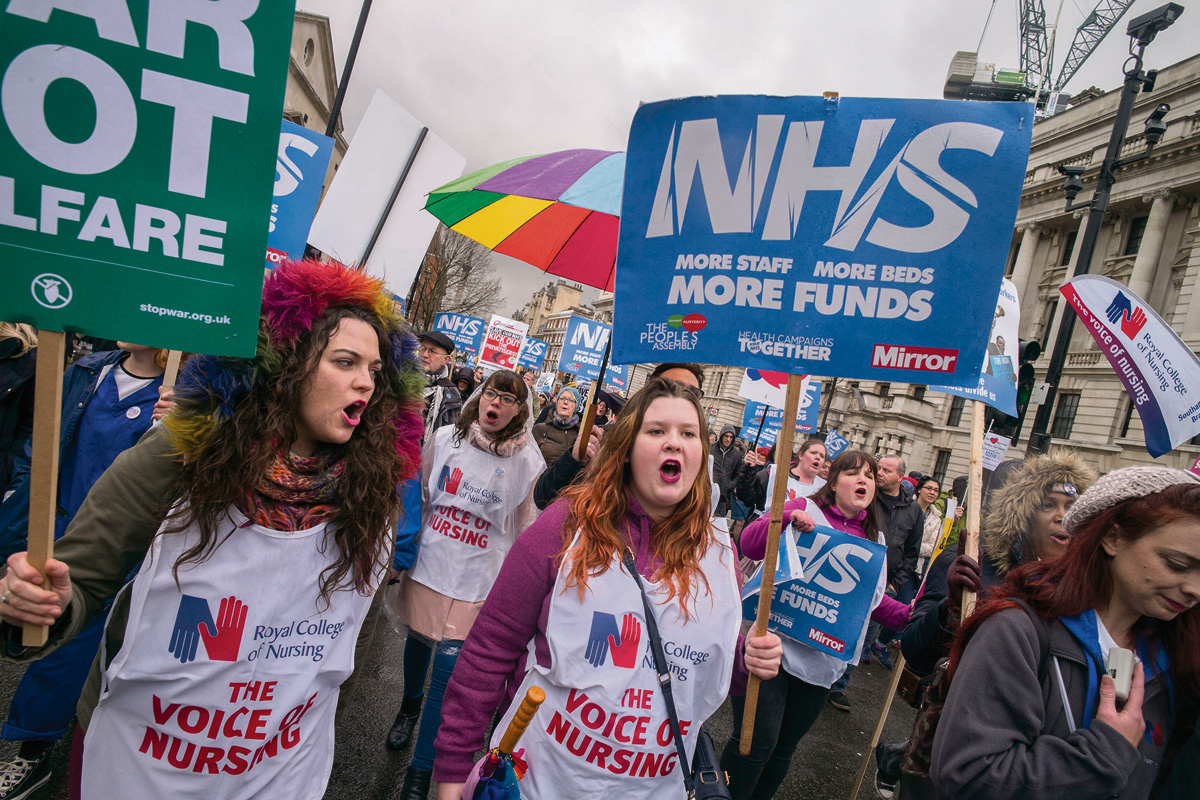 Nurses marching for the NHS, photo by Paul Mattsson   (Click to enlarge: opens in new window)

The NHS crisis has reached horrifying new levels. Over 300 NHS nurses have died by suicide in seven years. In 2014, one nurse a week took their own lives.

This is a tragic reflection of how overworked and desperate staff have become in a health service decimated by Tory austerity.

The risk of female nurse suicide is 23% above the national average. More mental health support is desperately needed for frontline workers who deal with traumatic situations as part of their day-to-day job.

It has become part of the culture to just get on with it. It’s common for nurses to break down crying on the ward, and to come in when sick because they feel too guilty to leave colleagues even more understaffed. These conditions, which cause and exacerbate mental health problems, will not change until the NHS is properly funded.

Wards are severely understaffed and nurses’ pay has been held down so that many work several jobs to make ends meet. There are 40,000 unfilled nursing vacancies and recruitment has been made even more difficult since the Tories cut and abolished the student bursary. One of the student nurses who took her own life was working two other jobs on top of her full-time training.

The Tories are indifferent to the terrible consequences of their cuts. The NHS is £8 billion in deficit. Patients are dying in corridors and staff are being driven to suicide. We need the Tories out now.

Health trade unions should be leading the fight against these intolerable conditions. We need to push the leadership from below into action. By linking with other unions and public campaign groups, we can push the Trade Union Congress to call coordinated strike action, forcing the Tories out and a Corbyn-led government in.

We demand the nationalisation of pharmaceutical and medical supply companies, which drain NHS resources for their own profit.

All privatised parts of the NHS should be brought back into public ownership, and PFI debt must be cancelled. Only in a fully funded, democratically run, socialist NHS will the needs of patients and staff be fully met.