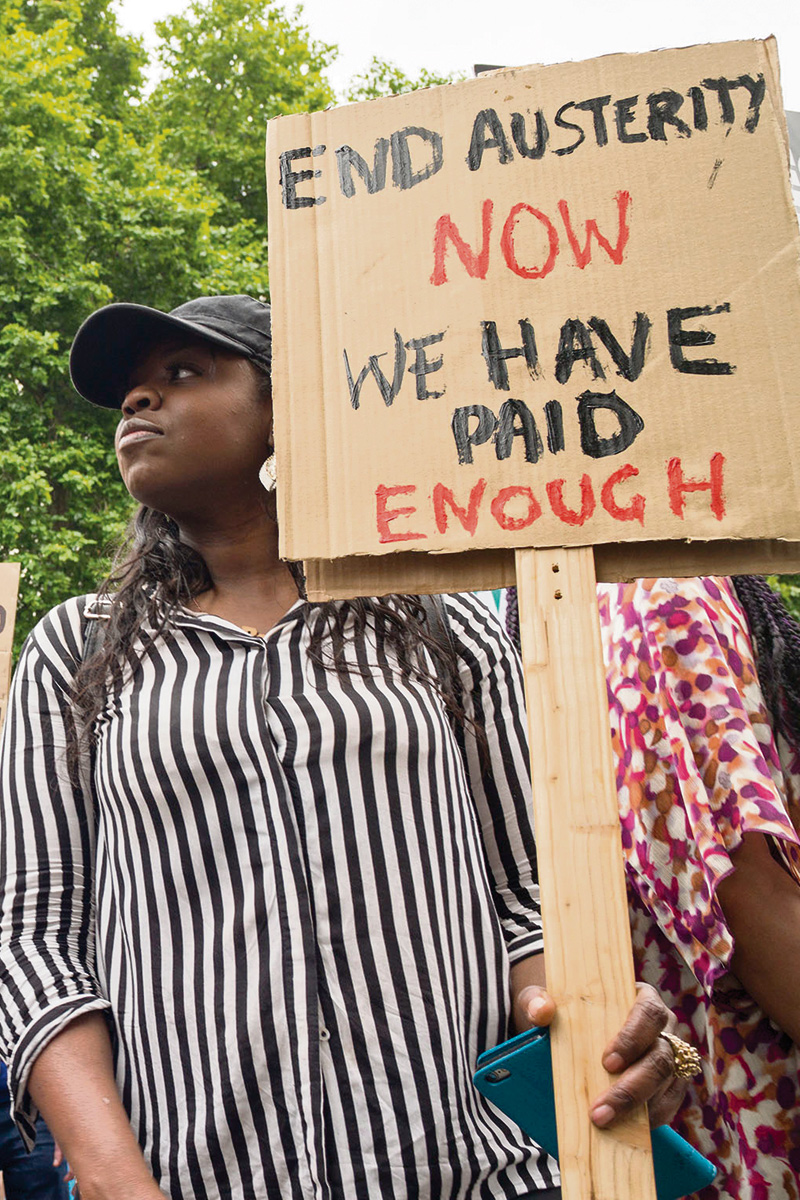 Thousands of Universal Credit claimants are not getting the money they are entitled to – and desperately need – without even knowing.

The Child Poverty Action Group has revealed that errors and cuts are hidden by decision letters which just give a final amount – for six previously separate payments – without showing the working.

Meanwhile, almost two million claimants will be £1,000 a year worse off under Universal Credit, according to Institute for Fiscal Studies analysis.

The government’s flagship benefit has a total lack of transparency. Administered by civil servants in the Department for Work and Pensions (DWP), Universal Credit has already been attacked this year by a parliamentary committee for driving claimants into “debt and despair.”

Workers in the DWP, thousands of whom either claim or will claim Universal Credit themselves, are well aware of this grim reality.

Members of civil service union PCS took strike action in Wolverhampton and Walsall on 11 and 12 March. One of our key concerns is a lack of staff to deal with the tens of thousands of calls from distressed and vulnerable claimants.

The union has been busy preparing members at other sites to join the strikes – even while running another strike ballot of all members across the civil service to break the Tories’ pay cap (see p6).

Since 2010, the Tories have cut more than 30,000 DWP jobs. This includes key areas such as DWP Visiting, which helped vulnerable claimants understand what they are entitled to and sort out problems with claims.

The tide of job losses has mostly been stemmed. But even this year, the government is pushing hundreds of staff out the door – as decisions to close offices, as recently at Balham, really begin to bite. In contrast, PCS wants 5,000 extra staff recruited to ease pressure and help claimants.

Meanwhile, the government is busy thinking through how best to apply sanctions – withdrawal of benefits – to those claimants who have a job, if they cannot show they are looking to increase their earnings.

These plans, if implemented, will apply to civil servants who claim the tax credits component of Universal Credit. This only underlines the need for unity between claimants and DWP workers, in opposing Universal Credit, and in demanding a genuine, universal safety net for all.

Currently, PCS general secretary Mark Serwotka is president of the Trade Union Congress (TUC), and full-time employees of PCS are or have recently been presidents of the Welsh and Scottish TUCs.

Outside of press releases, the silence of the leadership of the trade union movement has been deafening when it comes to opposing Universal Credit and sanctions.

Only a united campaign by the organised working class, both benefits workers and benefits claimants, including strike action, can guarantee the pushing back of this hated cornerstone of Tory austerity.

PCS needs a socialist leadership to drive this forward. PCS members who want to see this should vote for Socialist Party member Chris Baugh for assistant general secretary, and for the Democracy Alliance slate in the national executive committee elections.

But all workers and claimants have a stake in this. The Socialist Party fights for the trade union movement to take the lead, calling mass mobilisations and building towards joint strikes, to bring this hated Tory government down.