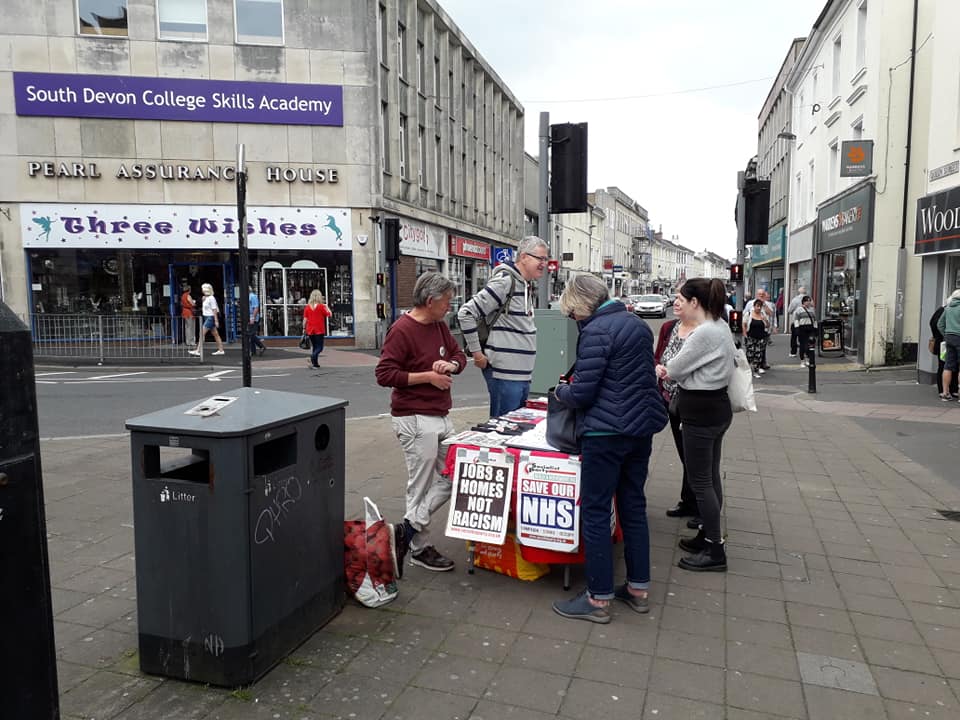 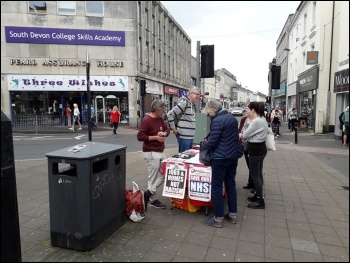 The mood on the streets was reflected on our Socialist Party ‘Defend the National Health Service’ stall in Newton Abbot, Devon, on 18 May. Anger was expressed not only at the privatisation and running down of the NHS but also at the way the country is being run or, more accurately, not run!

Those who signed our petition expressed anger and frustration at events, in a confused way, as the unravelling of the political parties continues.

But support for our socialist ideas and campaign was there. We sold 15 papers and £15 was also collected in Fighting Fund.

I was surprised to see that the only other political stall was a Brexit one – no Labour/Tories/Green stalls and more so, no Lib Dems, who have just ousted the Tories in the local council elections.

The Brexit stall was manned by ex-Ukipers handing out Farage leaflets. They made the mistake of trying to talk to us – a one-sided contest!