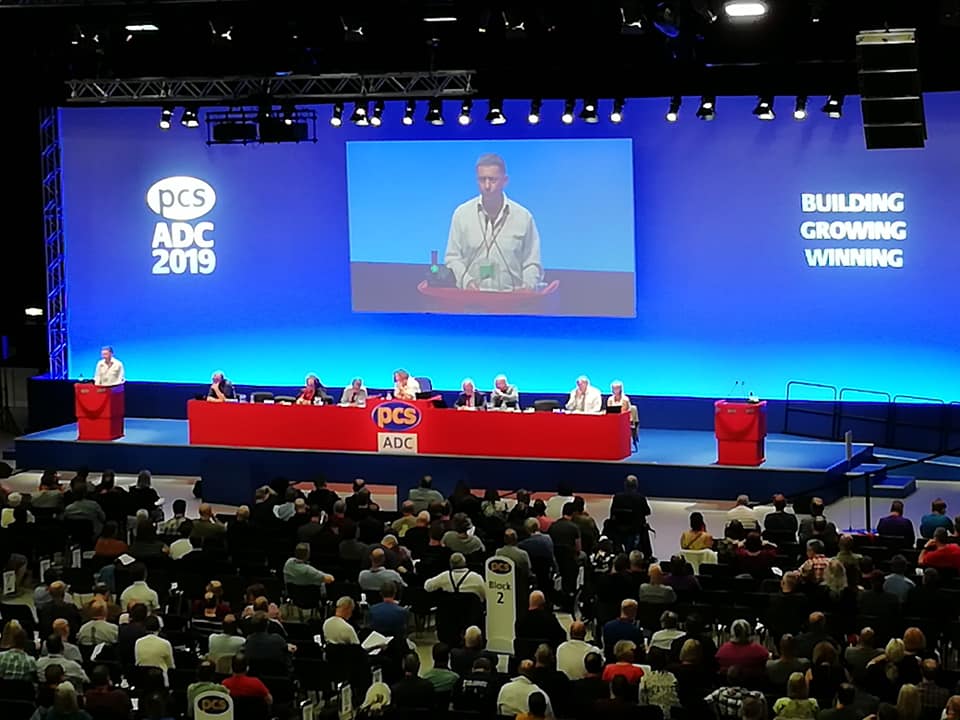 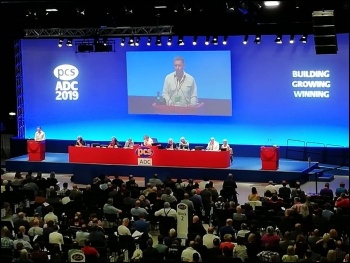 For nearly 20 years PCS Left Unity has been the dominant political force in the civil servants’ union and Socialist Party members have played a major role.

More recently, PCS general secretary Mark Serwotka has increasingly concentrated power in his hands with support in the union’s full-time officialdom and from elements within Left Unity.

Conference opened with a pay debate which noted the failure to secure the statutory threshold. The executive committee’s motion endorsed the approach and tactics pursued in 2019 and committed to a further ballot on the same basis at an appropriate time later in the year. Opposing this was a motion by Chris4AGS supporters.

Although the motion was carried on a card vote (For 62,676, Against 60,991 and 5,686 abstentions) the closeness of the vote reflected the divisions in the left – the leadership struggled to find supporters to speak from the floor.

In a further debate, conference overturned the leadership in carrying a censure motion. This was over the executive committee’s handling of Mark Serwotka’s signature to a letter in the Morning Star about the Gender Recognition Act. The letter was described by the Guardian as an attack on transgender activists and felt by many to be contrary to union policy.

A well-attended Socialist Party meeting heard from Chris Baugh and Socialist Party deputy general secretary Hannah Sell on: ‘Where now for PCS as a fighting union?’ The financial appeal raised £700. There was agreement around steps to be taken to reclaim Left Unity as a fighting, democratic, inclusive rank-and-file organisation.

How far the Left Unity retreat from its founding principles has gone was brought home when delegates, on their way to the Left Unity rally, were handed leaflets by prominent Left Unity national committee members announcing Mark Serwotka’s re-election campaign.

The Socialist Workers Party, who were first in the line of those handing out leaflets, had no answer to the question: “What democratic process did this go through?”

The push back against these developments was evidenced in the standing ovations given to Chris Baugh at the conference, the near defeat of the platform on pay, the censure on the Gender Recognition Act and the angry reaction to Serwotka’s contemptuous announcement of his candidature for re-election over the heads of the activists.