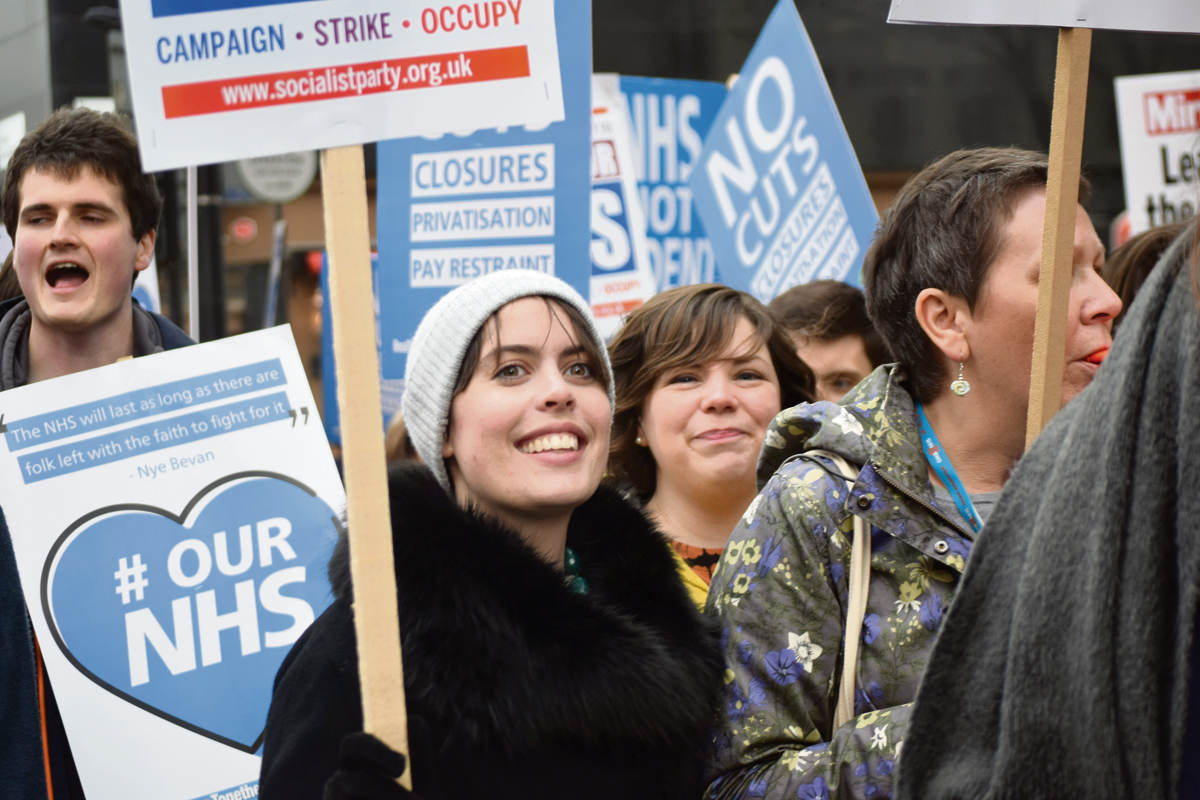 Marching to save the NHS, photo Mary Finch   (Click to enlarge: opens in new window)

Teignmouth people took to the streets again protesting against the threatened closure of their community hospital. This was the ninth march and rally – exhibiting a never give up attitude!

Having already lost two wards, the hospital is slated for complete closure despite the high demand for its services.

The Clinical Commissioning Group (CCG) has closed nearly every community hospital in Devon. In its so-called ‘consultation’ the CCG chose to show our hospital in the worst light – having seen maintenance deliberately run down over the years.

At the rally, the hypocrites of both the Tory Party and Lib Dems (ie the Tory second eleven) called for it to be kept open, despite having started the closure process when in coalition!

I condemned them both and called for a general election and the abolition of the 2012 Health and Social Care Act – a privatisers’ charter.

The march was well supported by South Devon Unite Community branch and the local Labour Party.