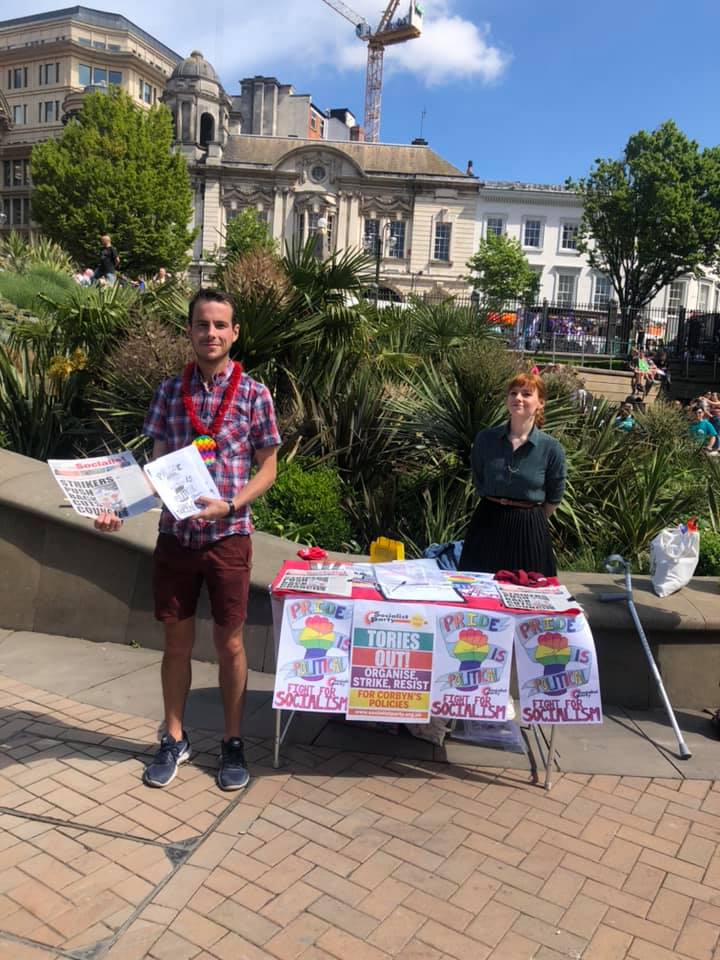 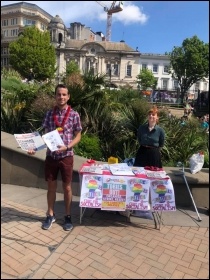 Pride – an event which originates from the 1969 Stonewall Riots against police attacks – has a rich political history against oppression of LGBTQ+ people.

However, you would not know this by looking at the groups in this year’s parade. From TSB bank to Cadbury and private solicitor firms giving away free goodies, and the fact that the cost of the evening events go up to £70 a ticket!

Over 1,000 leaflets were handed out – being snatched out of our hands as it was the only political material being given out on the day! Many, especially young people, engaged with us about the effect of cuts on not only fellow LGBTQ+ people, but also on the wider community they live in.