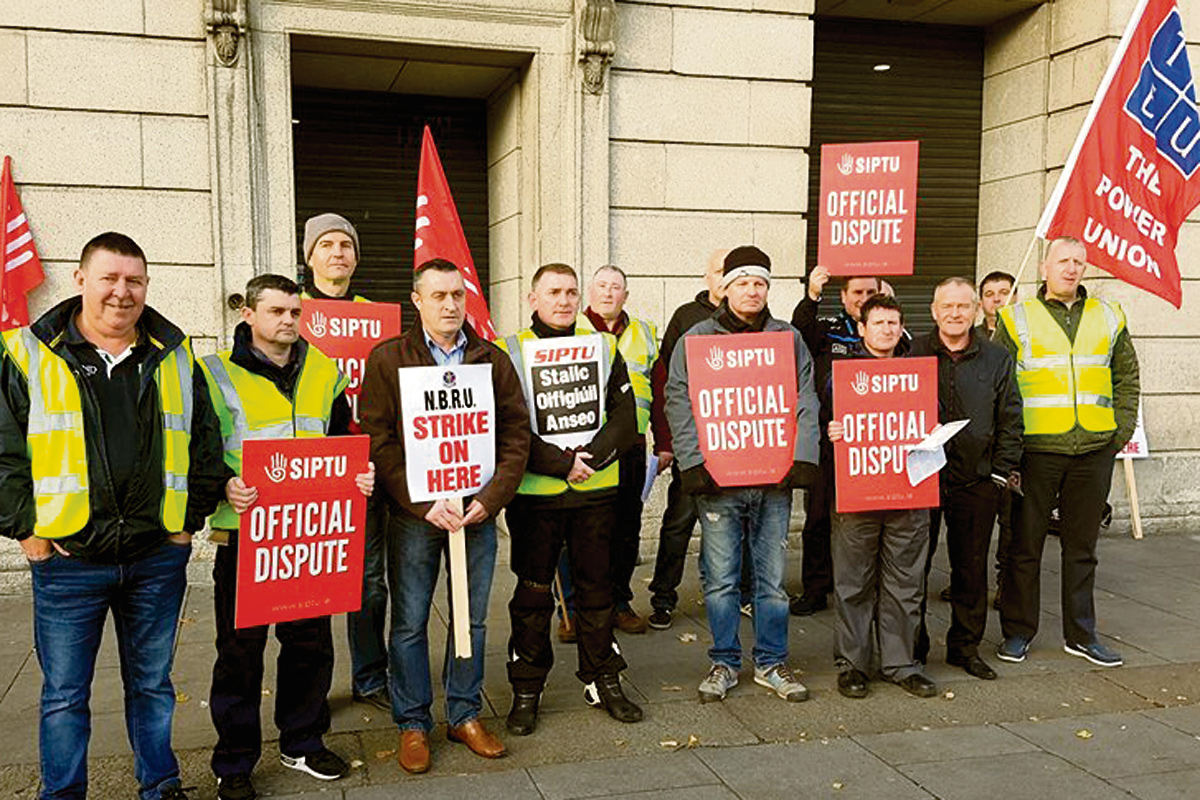 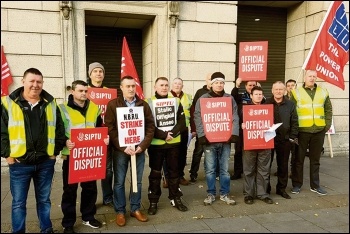 The left in Ireland must redouble its efforts to connect with trade union and workplace struggles, and working-class communities, photo by Paul Murphy   (Click to enlarge: opens in new window)

At the same time, the Left parties fared disappointingly in the elections in Ireland. Solidarity and People Before Profit lost council seats and recorded lower votes in the EU elections than in previous outings. The small Workers Party and ‘left independents’ also lost council seats.

However, the Greens, with their more ‘humane’ capitalist politics, will disappoint many young people and workers. The party aims to win half a dozen or so seats at the next general election and already has its eye on going into government with Fine Gael or Fianna Fáil.

But many of the young people who voted for the Greens in 2019 will have no memory of this. They will have to go through the bitter experience of the reality of the Greens’ policies.

Sinn Féin, which for years attracted support on the basis of an ‘anti-establishment’ appeal, lost 5.8% of the vote compared to the last local elections.

On a local government level, Sinn Féin has failed to deliver over the last five years. The “progressive” Sinn Féin-Labour coalition running Dublin City Council did almost nothing to tackle the capital’s serious public housing shortage.

Clare Daly, a former Socialist Party councillor and TD, who became an ‘Independents 4 Change’ TD, was elected to the European parliament in the Dublin area.

She did not present a socialist alternative but campaigned against the erosion of workers’ rights in the EU, against EU militarisation, inequality and the far right. Daly also successfully campaigned on her record as an anti-establishment figure, on abortion rights, as well as her high profile taking up the case of Garda (Irish police) whistle-blowers.

Solidarity, in which the Socialist Party (CWI Ireland) plays a major role, went down from eleven to four seats standing as Anti-Austerity Alliance (AAA) – in 2014, a total of 14 seats were won but three councillors left the AAA which later became Solidarity.

For Marxists, the electoral field is often difficult terrain, offering a ‘snapshot’ of working-class consciousness. In the struggle to fundamentally change society, methods of mass class struggle, such as strikes and general strikes, are key in raising class consciousness and posing the question of taking power and overthrowing this rotten capitalist system.

Where seats are won, they can be successfully used as platforms for promoting socialist ideas and championing workers’ struggles, as the three Solidarity TD (members of Irish Parliament) have sought to do.

It was decided that the main slogan of Rita Harrold’s campaign was for ‘A Socialist Feminist for Europe’. An appeal was made to “to build the socialist feminist movement”. The campaign hoped that the political radicalisation that took place among sections of society – youth, LGBT+ campaigners and community, and women, in particular – around the 2018 referendum to repeal anti-women abortion legislation, would translate into votes for Rita.

Clearly, the ‘A Socialist Feminist for Europe’ slogan was not sufficient to reach wider layers.

Importantly, industrial resistance is increasing, with strikes recently involving nurses, midwives and paramedics (though poor deals were struck by the nurses’ union leaders).