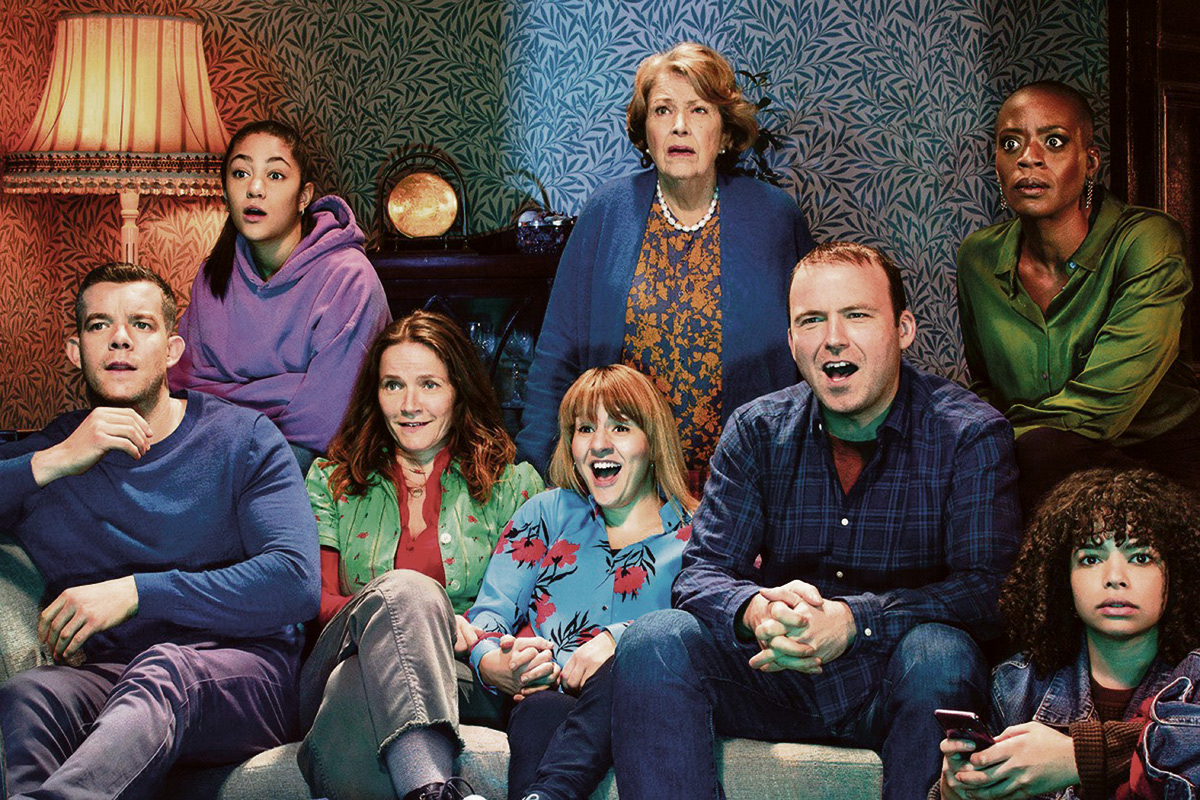 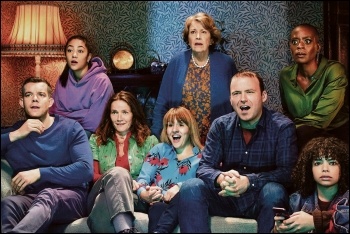 Creator Russell T Davies also made Queer as Folk and relaunched Doctor Who. He uses his latest show to comment on today’s political issues by turning them up to ‘eleven’ on the dial.

In good science fiction like Charlie Brooker’s Black Mirror, an aspect of advanced technology is thrown into the plot to create extreme circumstances in order to better explore how people interact with one another.

But in Years and Years, Davies just marvels at his own made-up technology as if it’s prophetic, or in itself is the centre of the plot. It isn’t, and it shouldn’t be.

However, fundamentally this is a TV show that sets out to explore populism. Any political art that increases people’s real understanding of an issue has done a good job, at least in part. Years and Years does not do that.

It does show normal people being politicised by capitalism’s political and economic crisis. That is where the positive political contribution ends.

Like any establishment commentary on the current political situation, recognition of the impact of austerity is absent. With the exception of migrant characters, austerity does not exist, and the main cast aren’t affected by it.

Only one of the characters’ homes resembles the living conditions of most working-class people. One character does lose her job, then her food-truck business. But it never affects her materially.

Another character constantly complains that her house is falling apart and she can’t afford to fix it. But there are no consequences. One character has to use “all my life savings” – £10,000 – for an eye operation. But then it’s forgotten in a shrug of the shoulders.

A Ukip-style party wins a general election. But it doesn’t make the electoral breakthrough on an issue that readers of the Socialist might predict – living standards or immigration. Instead there’s mass hysteria over mobile technology.

One scene is with the family inside a voting booth. It’s something we never normally get to see. But the characters don’t vote how they’ve been portrayed; their nonsensical choices are not explained, just played up for effect.

The new “far-left” government immediately starts deporting migrants, “because it’s like a horse shoe. You go so far left, you become far right.” What??

Far-right populists exploit workers’ anger at the economic crisis to divide the working class and keep the ruling capitalist class in power. Various populist politicians can sometimes combine elements of left and right programmes when manoeuvring for working-class support while defending capitalism.

One of the more authoritative characters warns the audience to be wary of ‘clown’ politicians – doubtless Johnson, Farage and Trump. But these right-wing capitalists aren’t clowns, they are dangerous to working-class people.

In June, the Socialist Party said of Johnson: “The truth is revealed in his record. On the anniversary of the Grenfell tragedy it is worth remembering that he presided over the closure of ten fire stations and the removal of 27 fire engines as London mayor.”

The current political and economic crisis is blamed on cheap commodities, consumerism and automation. That’s not the real cause – it’s the accumulation of massive wealth by a tiny number of rich individuals, based on weakening production and productivity, stemming from capitalism’s insatiable drive for profit.

One character gives a speech that the late 1990s and early 2000s were perfect. Where things “peaked.” But inequality was rising under Tony Blair’s policies of privatisation, selective cutbacks and war.

And the message of the final episode is that if only the working class knew the ‘truth’ things would change. But Years and Years is wrong that the working class is ignorant. Of course we can see what’s happening.

There was a lot of working-class anger against millionaire Boris Johnson among striking members of retail union Usdaw at the Sainsbury’s distribution centre in Waltham Abbey on 27 June, for example.

The propaganda of the capitalist class doesn’t match up to the reality of working-class living standards. Millions ignored the media and establishment politicians to elect Jeremy Corbyn as Labour leader in 2015, vote Leave in 2016, and back Corbyn’s anti-austerity election manifesto in 2017.

In the show’s defence, that could be seen as slightly more progressive than the false argument that ordinary people do know what’s going on but are too ‘lazy’ to change. But don’t worry – that reactionary message is present in Years and Years too.