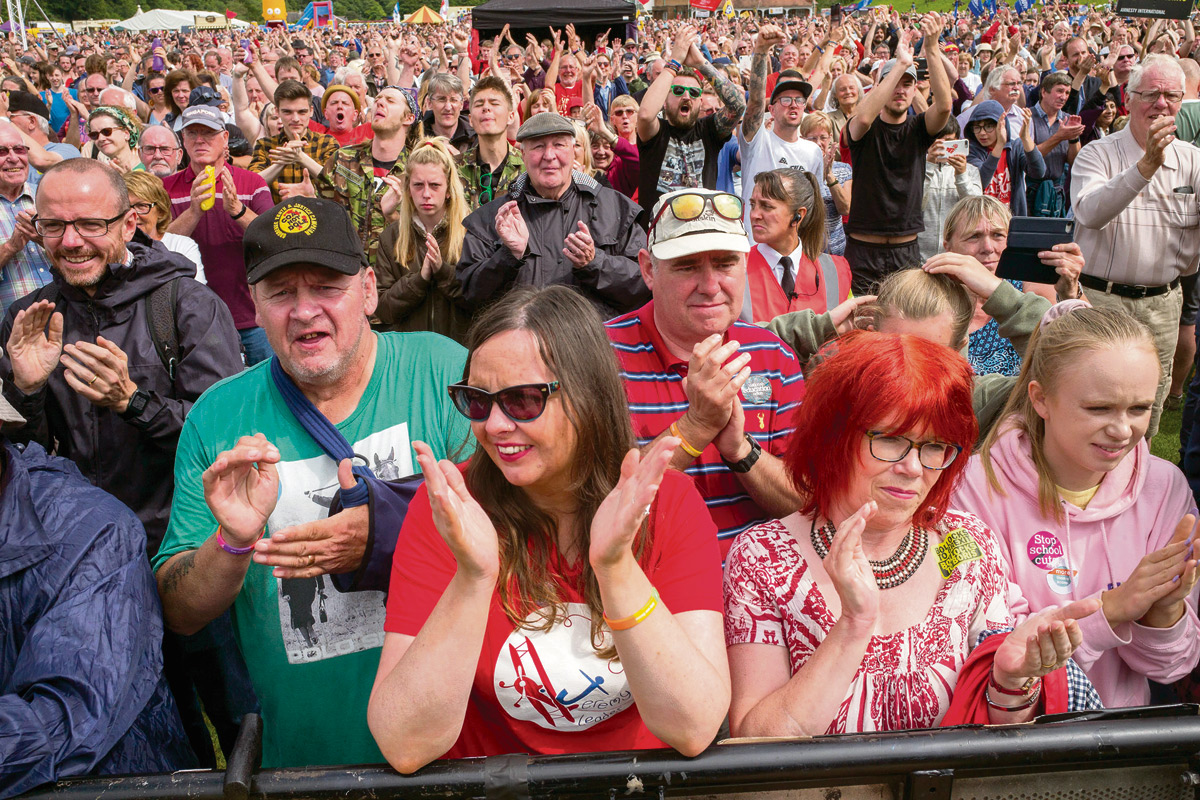 Durham Miners’ Gala: Strength and history of unions on show 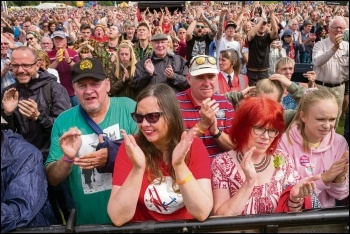 Part of the crowd listening to speeches at the Durham Miners’ Gala, 13.7.19, photo by Paul Mattsson   (Click to enlarge: opens in new window)

An estimated 200,000 people attended the 135th Durham Miners’ Gala on 13 July, one of Europe’s biggest celebrations of trade unionism and the labour movement.

Corbyn’s speech focused on the effects of austerity and the failures of the current Tory government, as well as his commitment to an inquiry into Orgreave (see the Socialist, issue 1048) on day one of a Labour government. He also touched on support for the nationalisation of rail, mail and water services, which was well received.

Although I had been aware of the gala for a long time, the 2019 gala was in fact my first. The scale and sheer size of the event is hard to appreciate until you are among the crowds. It’s a testament to the strength and history of the trade union and labour movement and its future. The stalls provided a good opportunity to stock up on books and badges and meet people behind various campaigns.

Despite the occasional heavy rain, it was a really good day and one which will leave many, including myself, looking forward to next year’s gala.