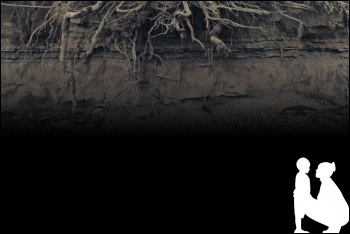 I have always been in receipt of some sort of benefit since the age of 16 when I gave birth to my first son. Although a life reliant on income support and tax credits was not in any sense easy, nothing has hit me as hard, financially and emotionally, as Universal Credit.

My tax credits were stopped in January 2019 when my marriage broke down. Like everyone else, I had the nerve-wracking five-week wait to find out what my new entitlement would be under Universal Credit.

I knew of the horrors of Universal Credit already. I had been trying to keep tabs on it as best as possible. But like all issues that predominantly affect the working class, the reality of it was heavily underreported.

When I finally received my amount, I found it was £180 a month. I also get a maintenance loan as I am studying at university, but this does not cover the living costs of one adult and two children. I couldn't believe it.

The five weeks without income had a domino effect on all my bills, and this was not going to cover any of it. I contested the amount. It couldn't be right. Once rent and essential bills were paid I was left with £12 a week.

When the Department for Work and Pensions 'work coaches' responded to my pleas on my 'online journal', they told me this was right, and offered budgeting advice.

I tried to explain that there is no way £12 a week would cover food shopping, travel and childcare fees, and that being told to learn about budgeting was offensive and patronising. I didn't get any response.

During the time when I was desperately trying to have the figure looked at again, we lost our home. I found myself on the street with a two and a six-year-old. My whole world was crashing down around me.

Luckily, I have a wonderful friend in Leeds who was able to put us all up. But the crap surrounding us was taking a huge toll on my mental health, and that of my six-year-old too.

We made an alarming discovery at Leeds City Housing. I had been awarded 'band A' priority for housing, but because my income was so low they didn't think housing officers would accept my application - because I couldn't pay rent.

A comment was made that I would be better off leaving university for the time being so I could claim the housing element of Universal Credit. I knew poor people were getting knocked down repeatedly, but leaving education too - maybe ensuring I could never move myself out of this bracket - was something I had never imagined.

After many online journal entries and lots of back and forth to various people on the phone, it was finally decided that there had been a mistake and I was only receiving two-thirds of what I should have been. Still barely liveable, but an improvement nonetheless.

I did receive an apology on behalf of the work coach who had been managing my case. But the damage was irreversible. We were still homeless, and due to not having a fixed address or tenancy agreement in my name I could not prove my change of circumstance. My loan was then withheld from me.

These were the longest, darkest days of my life. For someone who always had the security blanket of her children, this was slipping too. I couldn't provide for them and was completely financially reliant on the handouts of others.

With the help of a charity worker and the finance team at university, student finance after six traumatic weeks finally released my payment. I now had enough money to find somewhere to live.

I was incredibly lucky to find a housing association property quickly and moved in immediately. I was provided white goods a couple of weeks later which meant we could finally call somewhere home.

I'm not sure what the future will bring for us. My anxieties around money have become obsessive. I check and recheck everything.

The amount we are living on isn't acceptable. My children deserve to have the same quality of life as others. I'm not asking for Ibizan holidays, but after-school clubs and new socks shouldn't be things they have to go without. I still haven't shifted the feeling of being useless.

Universal Credit is so dangerous. It preys on those least likely to have a voice, society's most oppressed and vulnerable.

How councils can stop Universal Credit

The Socialist Party has long been trying to bust the myth that Labour councils cannot act against central government cuts. For a decade, working-class people have had to suffer their effects. Universal Credit marked a new depth of viciousness for austerity.

The Tories sold Universal Credit as a public money-saving scheme, combining several disparate benefits into a single payment. In reality, the 'savings' were to come from reducing payouts.

According to the government's own statistics, on average people are hundreds or thousands worse off when they transfer to Universal Credit - across every category of the 'legacy' benefits the system replaces. And benefits before Universal Credit are not enough to live off as it is. This is not to mention the Universal Credit-related suicides exposed frequently in the press.

It is a system designed intentionally to catch people out. For example, those who need to pay for childcare in order to work can supposedly get 85% of these costs refunded. However, the claimant must pay for the childcare upfront first.

The claimant then has to provide proof of purchase to the Department for Work and Pensions. Even then, the DWP warns claimants they may not get the money refunded. Many people cannot pay these childcare costs upfront and so therefore cannot work.

Sound like an impossible cycle? What if a parent were then to work overtime shifts so they could afford to pay the childcare costs upfront? If they earn 'enough' money that month, the DWP cancels their Universal Credit claim, and they will therefore not be entitled to any refund!

There is no doubt among workers in the sector - both Universal Credit staff organised by the PCS union, and workers who support claimants - that for the vast majority of those who need benefits, it is a system where they cannot win.

Figures in the Labour Party have sometimes put forward a slogan of "stop and scrap" but also a slogan of "pause and fix" Universal Credit. Claimants and benefits workers are left unclear what Labour's position is.

Jeremy Corbyn has been outspoken against austerity, but unfortunately has not used his platform to organise concrete action to stop Universal Credit at national or local level. In fact, the mandatory roll-out of the system has gone ahead this July, and there seems to be radio silence from the Labour councils where it is scheduled to happen, despite the havoc this will wreak on their residents and workers.

Some argue there is no point placing demands on your local authority because Universal Credit is a national policy run by a national body. But local councils do have the power to act.

In Leeds, the Women's Lives Matter campaign, with Socialist Party members playing a leading role, has helped to launch such a campaign. A large public meeting agreed unanimously to put pressure on the council to act on Universal Credit, with the following demands:

These demands are what is immediately needed to protect people from plummeting living conditions and outright poverty. The Socialist Party says they must be the start of a mass campaign involving council workers, trade unions and residents to fight to win the needed funds from central government.

Our campaign has a meeting scheduled with the tenants' association in Little London, an area of Leeds whose residents are most likely to be in receipt of some benefits. They are also victims of council 'private finance initiative' schemes which increased rent, gentrifying the area. We intend to take the campaign across Leeds, linking with trade unions locally and nationally to put the council under pressure.

A post-Universal Credit welfare system must be based on a reasonable standard of living for all. It must also have sufficient administrative resources - strikes against excessive workload by Universal Credit workers in the Midlands underline the desperate situation faced by staff and claimants alike.

Full funding to advice bureaux, law centres and legal aid must also be restored, so claimants can get help to receive their full entitlement. And a real living wage of at least £10 an hour for all, alongside council homes, rent controls, and free education, childcare and elderly care, would eliminate much of the need for in-work benefits.

Jeremy Corbyn and John McDonnell should declare their support for these demands, including no-cuts council budgets, and instruct Labour councils to carry them out. This would stymie new prime minister Boris Johnson, already presiding over a hopelessly divided minority party, and could force the general election needed to get the Tories out and an anti-austerity government in.