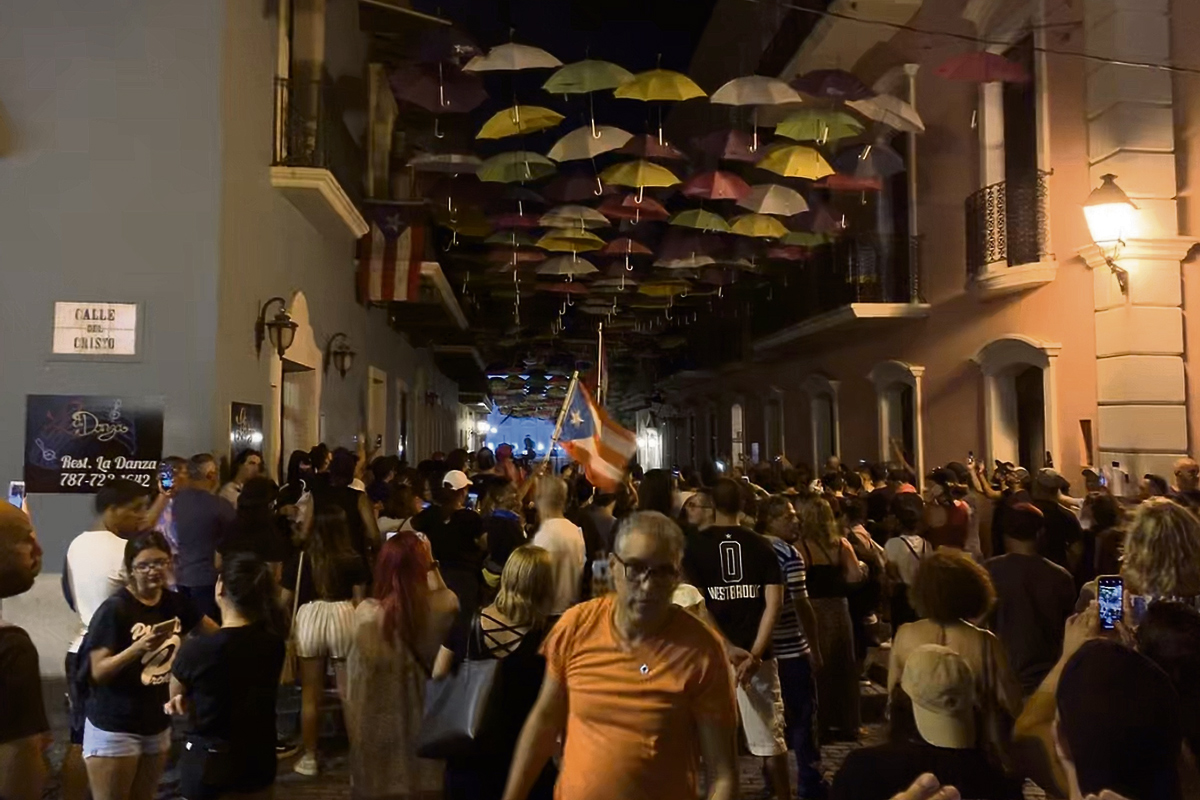 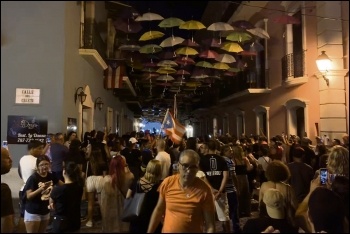 Two weeks of almost continuous mass protests have forced the resignation of the governor of Puerto Rico, Ricardo Rosselló.

Monday 22 July culminated in a general strike and the largest protests in the history of this US territory, 500,000 people on the streets out of a population of 3.2 million.

The trigger for this popular explosion was the leak of nearly 900 pages of homophobic, sexist and insulting text messages between the governor and eleven members of his immediate clique.

But these messages acted as a lightning rod for years of rising anger at corruption, austerity and economic crisis.

Before the Centre for Investigative Journalism revealed the texts, six top officials had been arrested for looting $15.5 million of federal funds allocated as relief for the devastating destruction wreacked by Hurricane Maria in 2017.

Harvard University estimates that up to 5,000 lost their lives in the disaster (Rosselló originally claimed that less than 100 were killed, and Trump 16!).

The New York Times described life for Puerto Ricans as a “perpetual state of purgatory”. After 12 years of continuous recession, with Hurricane Maria reducing economic output by 6% in 2018, almost half the population live in poverty, twice the national average.

When the territory went bankrupt in 2016 (having already looted the pension funds of workers) an unelected Financial Oversight and Management Board, commonly referred to as ‘la Junta’, was appointed by the federal government.

As part of a debt restructuring plan, the board imposed brutal austerity measures, resulting in mass job losses for government workers, school closures and privatisation, and the selling off of telecoms and energy to the private sector.

One of the most frequent chants on the protests was “Ricky resign and take the Junta with you”.

Rosselló is due to be replaced by Justice secretary, Wanda Vázquez, but as one protester said, “it’s like taking out a cockroach and replacing it with another”. Fresh protests have broken out demanding her resignation too.

Although debt repayments have been suspended during the restructuring process this is only a temporary measure and vulture bondholders will be demanding their money back once again.

The Financial Times now expects a “more bondholder friendly” debt restructuring, ie more money for the rich at the expense of current and future pensioners and the working class and poor in general.

Socialists support the right of Puerto Ricans to decide the future of their own territory and its relationship with the USA.

On the basis of capitalism, however, that can only mean a future of endless misery and desperation for the mass of the population.

Puerto Ricans have dramatically shown that mass action can get results. Now it is necessary for independent organisations of the workers and poor to be built and strengthened around a programme which fights for an end to austerity, abolition of the Junta, non-payment of the debt, and public control of the banking and finance sector and major industries, democratically controlled and managed by the working class.

If the hell on earth of the Puerto Rican masses is to be finally ended, these demands must be accompanied by an appeal for solidarity from workers and youth in the US, and the struggle for a socialist Puerto Rico and a socialist USA.