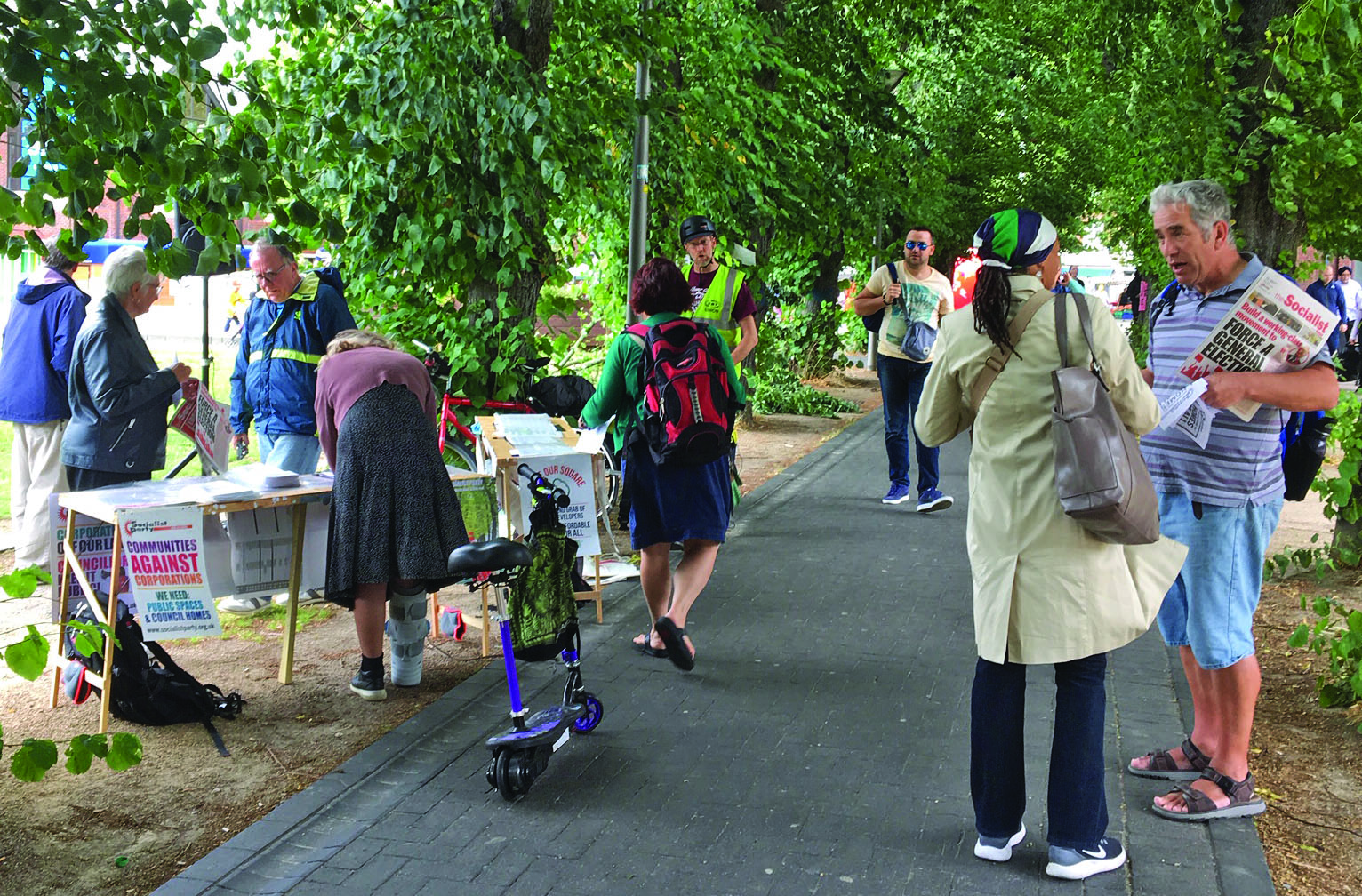 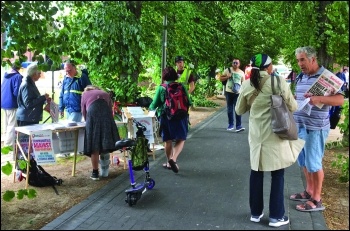 Not quite three weeks after the devastating fire at Walthamstow’s shopping mall Save Our Square (SOS) campaigners were out on Saturday 10 August in the lime tree avenue leading to the east London market, making it quite clear. We are still here!

A group of local Extinction Rebellion campaigners were also out at the same time defending the trees – which was welcome news. We joined in their “conversation” event about a strategy to defend the trees.

Nancy Taaffe, chair of SOS, said: “The proposal to build four huge tower blocks of unaffordable flats would ruin our environment in a different way, and would take space that is currently public realm and give it to a private outfit to make money.”

However, now that the fire has happened – and while we await the fire service investigation, the responses of the council and mall development company – we are determined that, if any building work is going to happen, we want reconstruction and regeneration to be around a plan that the community really wants.

It is our town centre. The land belongs to the council, i.e. us – not rich property profiteers. Any plans should meet with our approval.

We have received suggestions for leisure facilities to be reinstated in our town centre, like a bowling alley and table tennis. Or a putting green and swimming pool – like existed 50 years ago – as well as upgrading the green and children’s playground.

To that end we have produced a survey with ideas aimed at drawing up a genuine people’s plan, which we will be working on in the coming months and through local public meetings in libraries too.