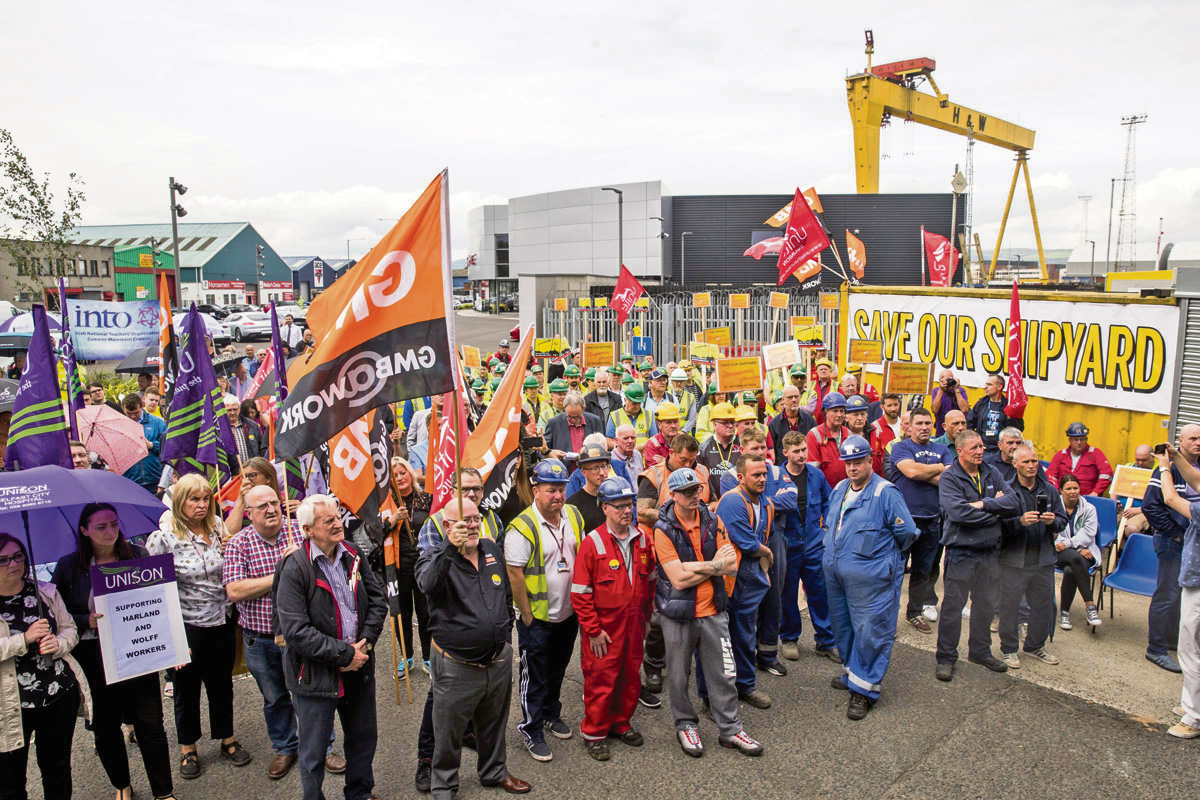 The Harland and Wolff shipyard occupation continues. We give our full solidarity and support to the workers in Belfast, in the Unite and GMB trade unions, who are fighting to secure their future. We support their call to renationalise the shipyard to save jobs.

We also support the call by Unite assistant general secretary Howard Beckett to run worker candidates in North and East Belfast in upcoming elections, following the failure of the DUP to support the workers.

Ten years ago, Belfast Visteon workers occupied their plant when the company went into administration. They fought for their jobs alongside their brothers and sisters in Enfield and Basildon. The plant closed but they won enhanced redundancy when facing mere statutory terms.

In 1971, workers in Upper Clydeside Shipbuilders in Glasgow undertook a working occupation, supported by a demonstration of 80,000 trade unionists, and forced a Tory government to intervene to keep the yards open. We say nationalise the shipyard under the democratic control of the workers!