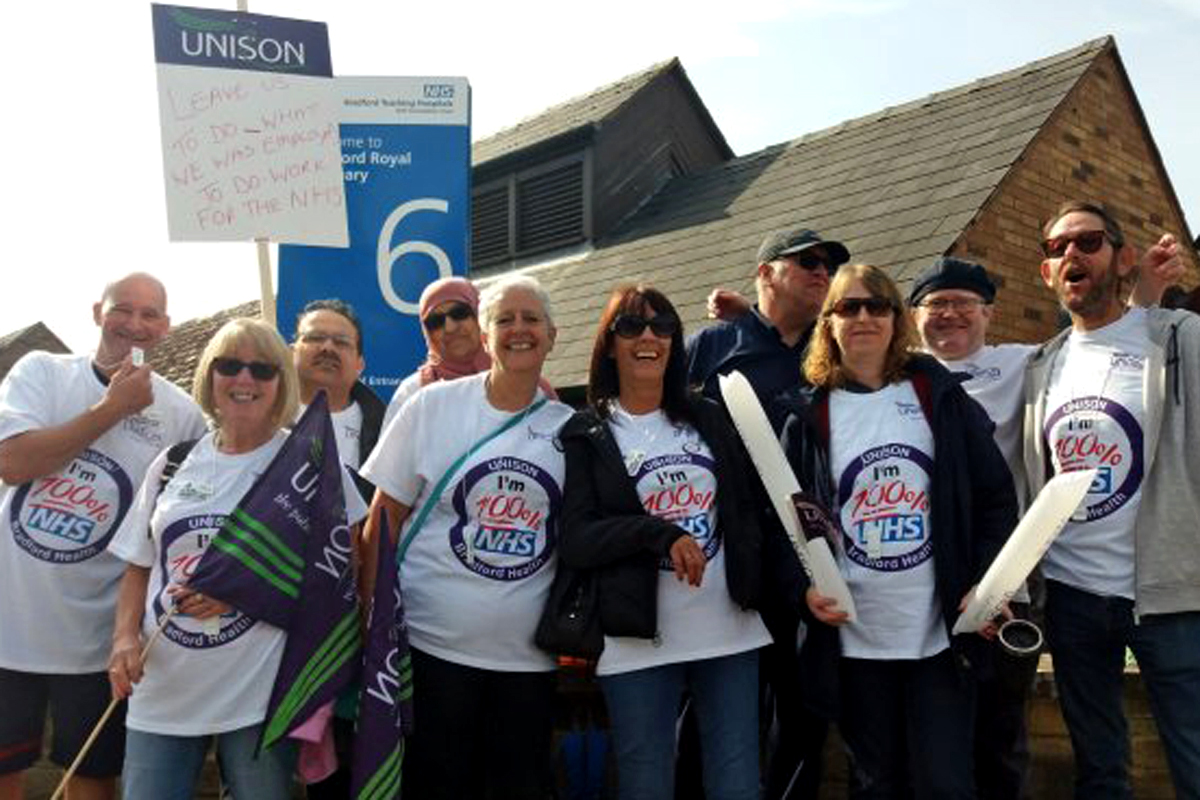 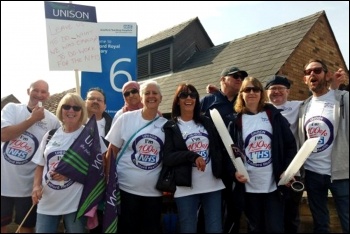 After three weeks of strike action by estates and facilities workers in Bradford hospitals organised in health union Unison – and with an all-out strike looming – management has blinked first.

At talks convened by conciliation service Acas, the trust has agreed to suspend implementation of its plans until at least 15 February. These plans would transfer those staff into a wholly owned subsidiary – a separate private company owned by the health trust. In effect this is back-door privatisation.

The trust has offered Unison representatives to present their arguments to the next board of directors meeting on 11 September with the trust responding to the union by the end of the month.

Given the trust’s refusal to budge until now, this news will be welcomed by the workers and their supporters, but the only solution to this dispute that should be acceptable is the staff remaining as ‘100% NHS’ staff as their strike t-shirts have put it.

The trust’s board meeting should now become the occasion of a mass rally of opposition, mobilising the strikers, other hospital staff, local Unison branches and the wider trade union movement.

The local Labour council leadership should join the city’s three Labour MPs and Jeremy Corbyn in coming out publicly against the plans.

But most importantly of all, Unison should prepare for the possibility that the board might refuse to budge by being ready to proceed as quickly as possible with further strike action.

This should be kicked off by Unison calling a national demonstration in support of the workers and seeking to link the action with other local disputes and other strikes against privatisation of our NHS.