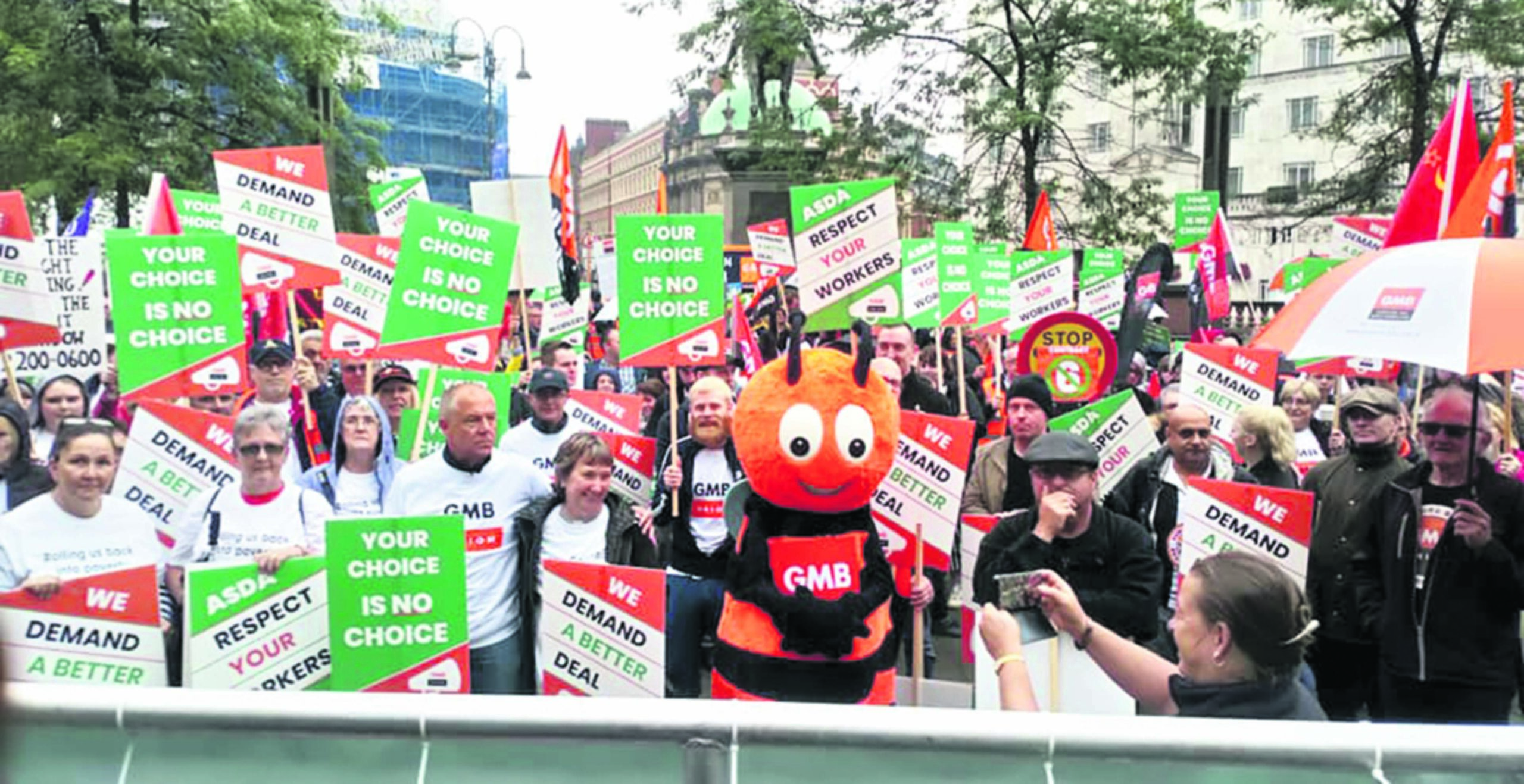 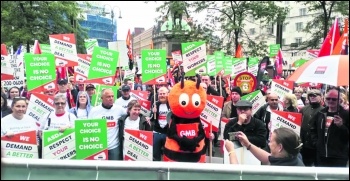 In return for being forced to work bank holidays, paid breaks being scrapped, cuts to holiday entitlement, slashing of night shift pay, and shifts being changed at four weeks’ notice, Asda workers are being ‘bribed’ with a wage increase to £9 an hour. They report being threatened with the sack if they don’t sign up.

But tens of thousands haven’t signed. 3,000 staff could end up £500 a year worse off under this pay ‘increase’!

In any case, the minimum wage is supposed to reach £9 an hour in 2020. £8.21 basic, the minimum wage, this is what’s paid by Asda, part of the Walmart empire, the biggest company in the world that made £129 billion profit last year!

In response, around 1,000 Asda workers, members of the GMB trade union, marched on Asda House in Leeds on 14 August chanting “No ifs, no buts, no Asda cuts”, against the imposition of this new ‘Contract 6’. This is mockingly called the ‘Martini’ contract by Asda workers as it allows bosses to force staff to work “any time, any place, anywhere”.

Most workers, 87%, did not take the £1 an hour ‘bribe’ but all new staff are started on the new flexi-contract. Then, of course, Asda bosses used that wedge to make the new contract compulsory for all staff, rolling six old contracts into Contract 6 “to make it fair”!

While only 20-25% of Asda workers are in the union, many stores have 80-90% union membership where a ballot for strike action could be won. In the cut-throat world of supermarket wars, it wouldn’t be long before Asda was losing customers and profits and could be forced to back down.

Given that the ‘Big Four’ supermarkets are all cutting thousands of jobs and are imposing similar flexi-contracts, the GMB should approach Usdaw and Unite unions for a joint campaign in retail, including future coordinated industrial action, to stop this ‘race to the bottom’.