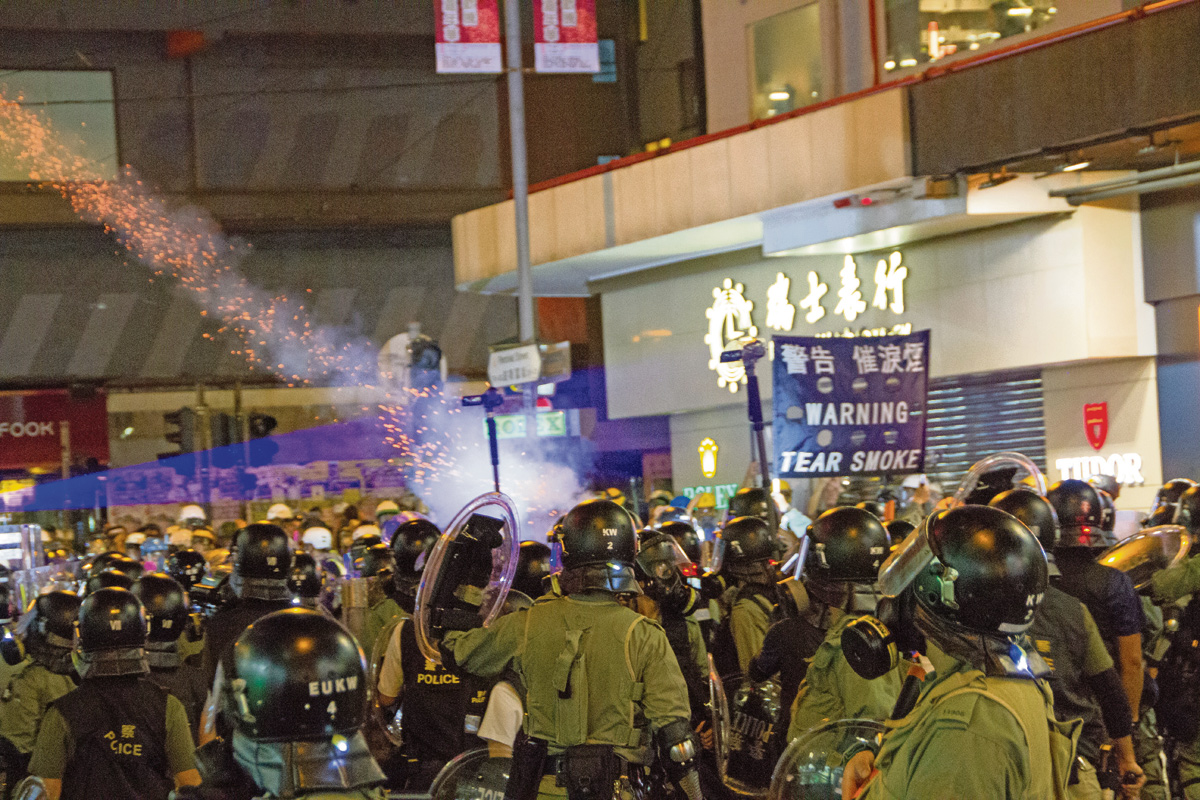 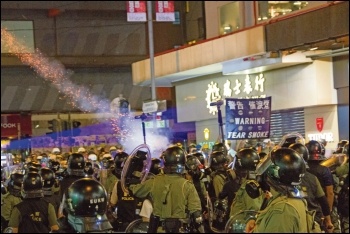 Over the weekend before this, there had been huge unsanctioned demonstrations, including at Hong Kong airport, the world’s third busiest. The airport was besieged by protesters, angry at the sacking of staff for involvement in earlier protests, including the chair of the airline stewards’ organisation, Rebecca Sy On-na.

Hundreds of protesters have been arrested including well-known activists. Undercover provocateurs are at work among the demonstrators and the police are not averse to gangster ‘triads’ being involved in the confrontations.

Carrie Lam, who, as Hong Kong’s chief executive, represents Beijing, held a press conference to reaffirm there would be no movement on the five democratic demands, which include an amnesty for the more than 1,000 arrested, an end to the threat of extradition and establishing universal suffrage.

Lam threatened she could use “a colonial-era law” to close down the internet and impose a curfew. She also warned (again) of possible army repression. However, Reuters news agency reports her telling business leaders that she regretted the “unforgivable havoc” she had caused and “would quit if I could”!

Another Tiananmen Square-style crushing of the movement is not entirely excluded – although difficult, given the scale of the movement – or other brutal repressive measures.

The regime of the so-called Communist Party in power in Beijing is increasingly alien to most people in Hong Kong. They are well aware of the total lack of democratic rights across the length and breadth of China – anathema also to any genuine socialist.

But if the battle to defend and extend democratic rights in Hong Kong is to gain a lasting success, it must include a conscious appeal to workers, the poor and the youth of China to join them in a struggle to achieve genuine workers’ democracy and a democratic planning of the economy based on nationalisation and genuine socialism.

In a month’s time, the government of Xi Jinping wants to be celebrating the 70th anniversary of the victory of Mao Tse Tung and the Red Army over imperialism in 1949. That overthrowing of landlordism and capitalism in China did not result in the establishment of a socialist state with genuine control by elected representatives of workers together with the poor peasants, but adopted the bureaucratic, repressive Stalinist model of rule.

In this situation it is vital not only to step up the fight for the movement’s five democratic demands but to go further.

This is why it is vital to build representative elected defence committees in the neighbourhoods and workplaces and elect from them representatives to go onto area action committees, all based on the principle of workers’ democracy. The logical aim would be to elect representatives to a revolutionary constituent assembly and discuss programme and organisation to take the movement on to socialist demands.

Only a struggle for genuine democratic socialism – in Hong Kong and the rest of China – would assure a lasting victory and a better life for all working and poor people. This would also be the only way to establish the right to genuine self-determination, not only for the people of Hong Kong, but for the numerous national minorities oppressed by the central Chinese state machine. A confederation of socialist states in the region would then be on the agenda.