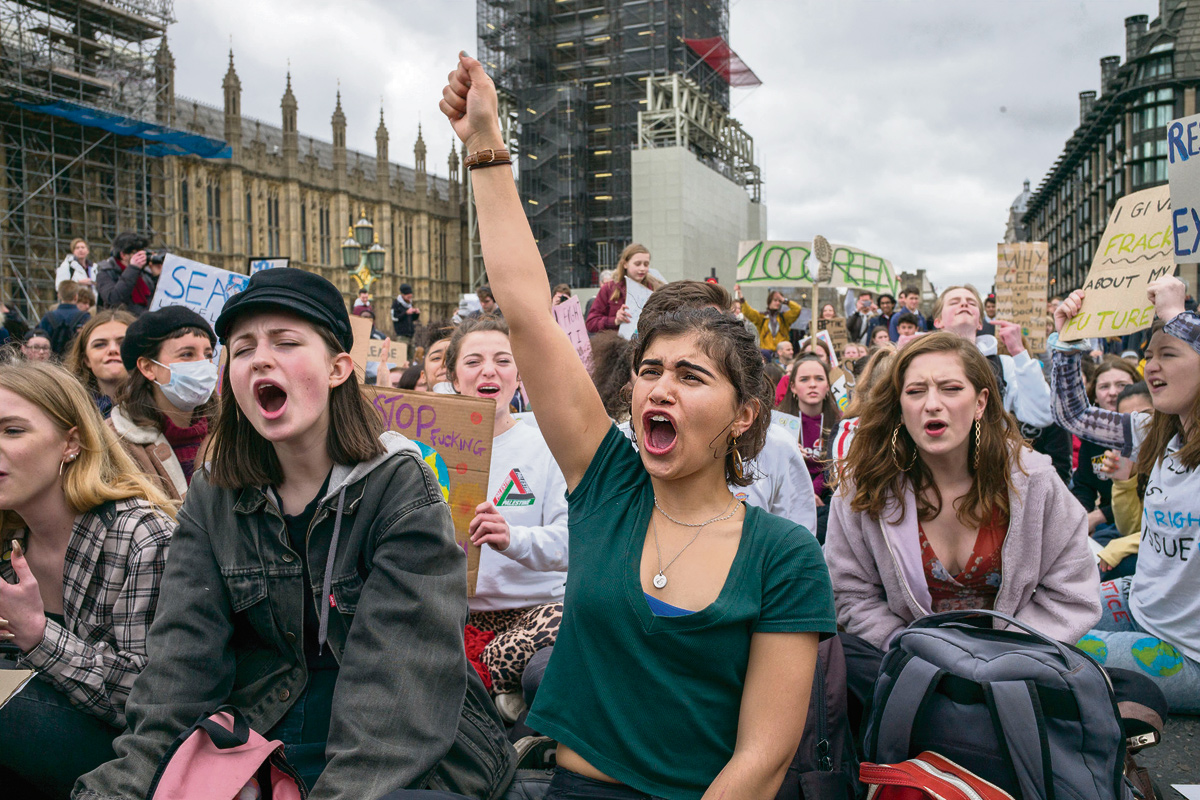 Record high temperatures; raging forest fires from the Arctic Circle to the Amazon; accelerating extinction of animal species, insects and plants; more polluted waterways; and an ever expanding mountain of plastic waste…

This depressing list of environmental catastrophes is the product of unplanned, profit-driven capitalist production. That’s why we say to halt climate change and save the environment we need to change the system of capitalism and replace it with socialism. This is the message that needs to be shouted loud and clear on the 20 September climate action day.

The Socialist Party will be supporting young people that walkout from school or college on the day and linking up these youth strikes with workers, who we are also encouraging to take action on the 20th. Mobilising the organised working class, given its central role in production, is the key to changing society.

Obviously the likes of Boris Johnson, Donald Trump, Vladimir Putin and Brazil’s Jair Bolsonaro, as representatives of the capitalist class, actively encourage the commercial exploitation of the land and seas, as well as of workers.

Johnson may protest that he supports measures to halt climate change but his headline speeches do not match the reality. Most scientific research suggests that the Tory government’s measures to clean up our air, water, reduce carbon dioxide emissions, and plastic waste, etc, are too little and far too late.

Moreover, under successive Tory-led governments ‘big energy’ has enjoyed tax breaks and subsidies and more recently given the green light to start fracking.

And according to the Guardian, Johnson’s adviser Lynton Crosby has produced unbranded Facebook ads on behalf of the coal industry. Moreover, the International Monetary Fund reckons that governments worldwide subsidise fossil fuels to the tune of $5 trillion a year!

Yet, expenditure to protect the environment has been slashed, especially to local authorities, since 2010 as part of the Tories’ austerity drive.

An estimated 40,000 early deaths are linked to toxic air pollution but the government has failed to act despite repeatedly being found guilty in the courts to enact a clean-up strategy.

Of course, a tiny handful of super-rich people are handsomely profiting from this disaster capitalism. That’s why we need to build a mass movement to drive out the Tories and get a Corbyn-led government committed to socialist policies that can end austerity, clean-up the environment, and get rid off capitalism.

Such policies have to include the nationalisation of the major industries and banks. After all, you can’t plan what you don’t control, and you can’t control what you don’t own. That’s why socialist nationalisation and democratic control by the working class majority is essential to plan production on a sustainable and environmentally friendly basis. That’s why we need socialist change to halt climate change.