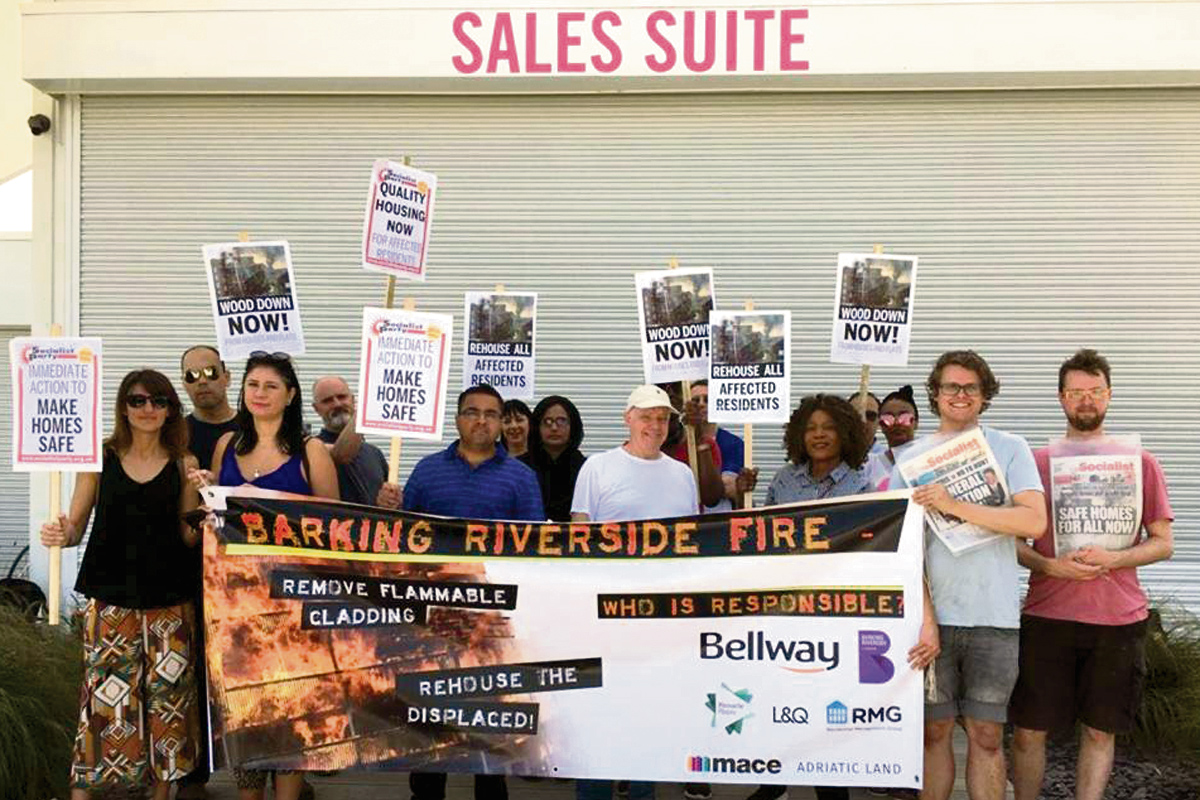 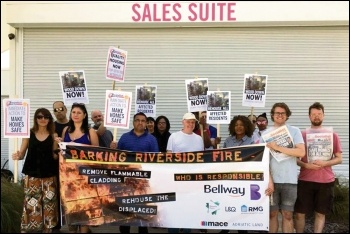 Like our fire, some 125 firefighters and 20 fire engines tackled the blaze, which started, residents suspect, on the wooden balconies, which would again be exactly like ours. The danger was greater in Worcester Park because the fire took place at night and once again it’s a miracle that no one died.

We were all extremely lucky to get out of the flames in time and we want to force the government to change the building regulations. If not lives will be lost. The reality of that happening is likely – a matter of when, not if.

Wooden cladding still decorates the first phase of the Riverside estate from one side to the other. We’re still waiting to see whether the builders and landlords will act on our demands that all flammable cladding be removed.

Samuel Garside residents, alongside all the residents of the Barking Riverside estate, condemned the government for its failure to force landlords to remove the evident danger to life, and its philosophy of deregulation and privatisation. Our Barking Reach residents’ association is conducting its own independent enquiry to expose the failings.