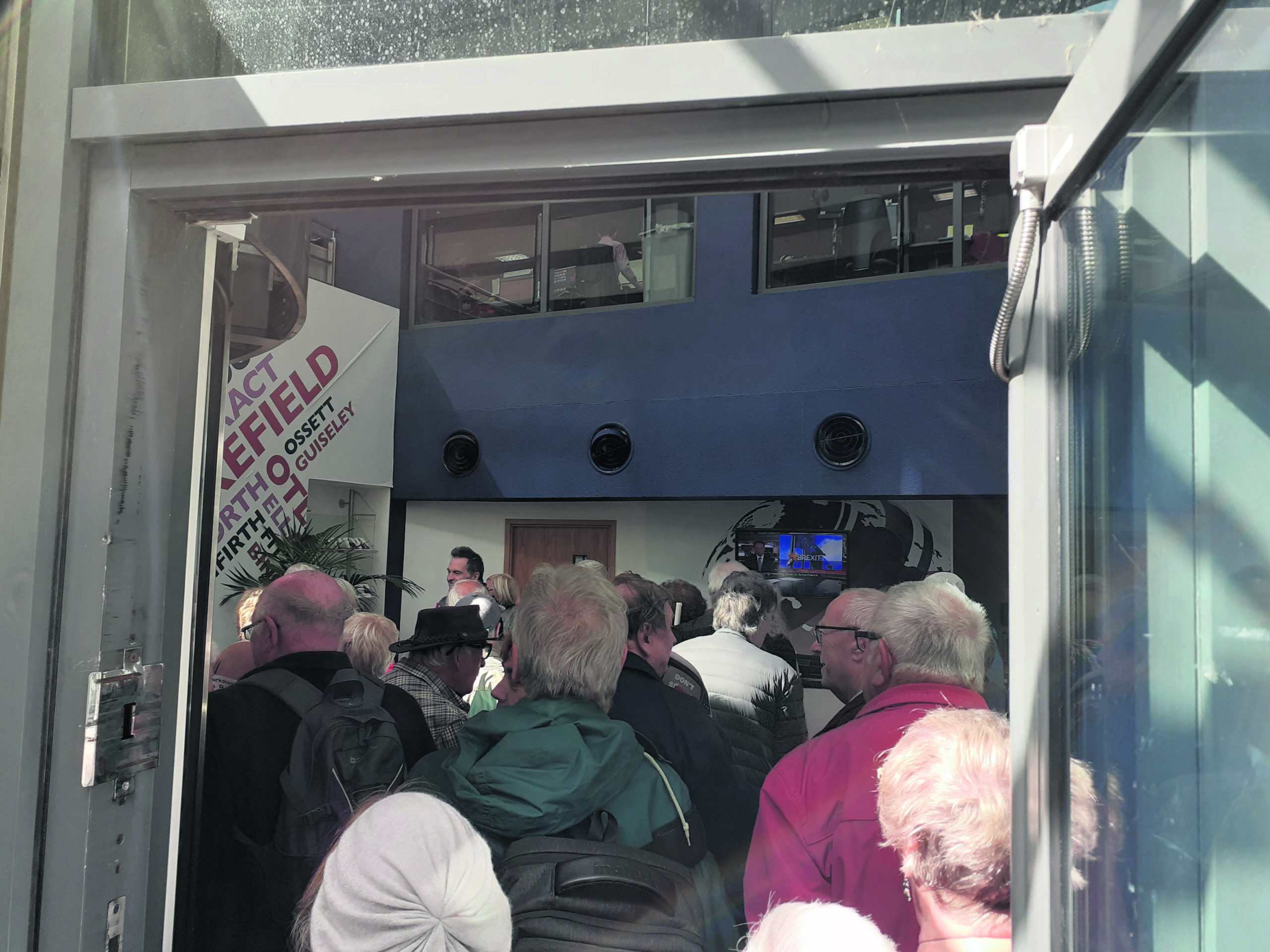 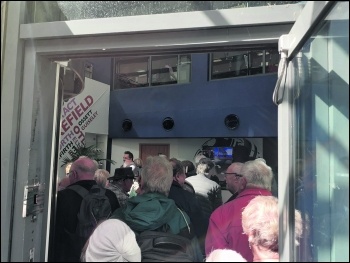 “BBC, shame on you” was the chant as around 50 pensioners from across Yorkshire, including as far away as Scarborough, occupied the reception area of the Leeds BBC offices.

There was a strong presence of retired trade union members, especially from general union Unite. Gerry Lavery, secretary of Leeds Unite Community branch, commented: “Given the increased loneliness in society, it’s crucial this remains a universal benefit for over-75s, and the government must take responsibility for funding it.”

Dave, a Unite Community member from Leeds, told us: “We’re here primarily because we don’t want to see free TV licenses taken away from over-75s. But this could be followed by the abolition of other things. In the past there’s been talk of removing the concessionary travel pass or the winter fuel allowance.”