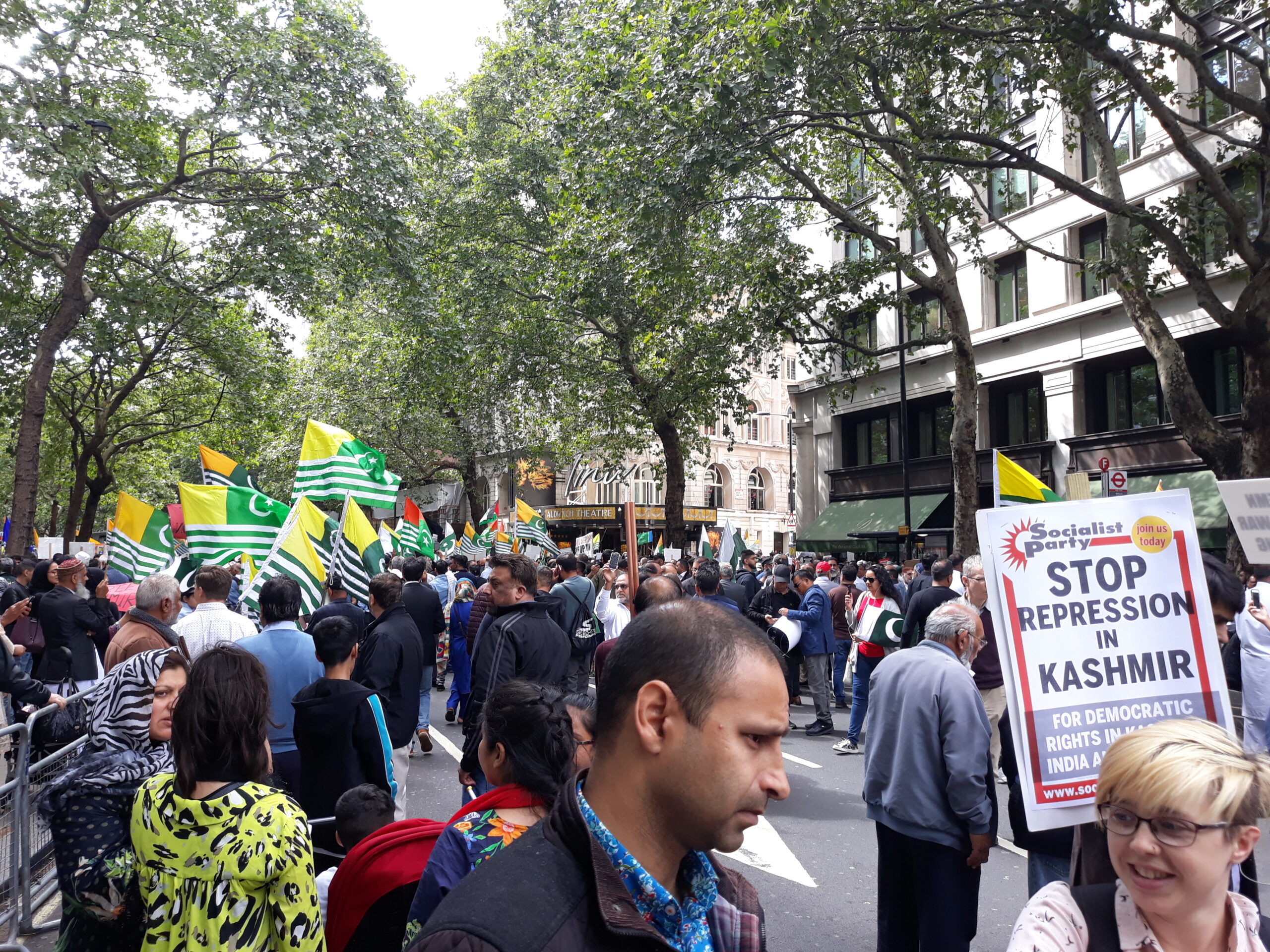 Protesters made it clear they reject this being represented as a sectarian or religious issue.

They understand that Modi, as a capitalist representative, is as much the enemy of the working class and poor in India, Pakistan and Kashmir.

We pointed to January’s massive general strike in India with 150 million workers taking part, showing the potential of the trade unions to put pressure on those in power.

Protesters and passers-by were eager to discuss, and stopped us to buy 17 copies of the Socialist which included our article on Kashmir.