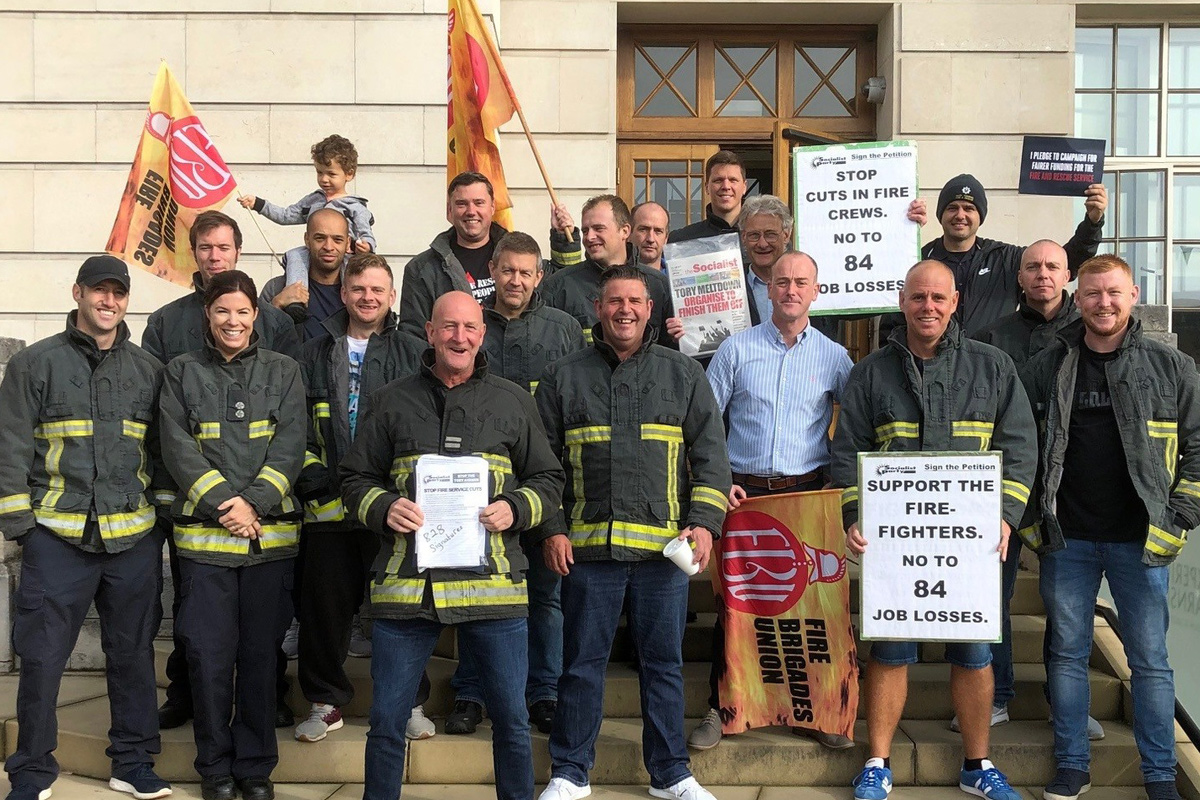 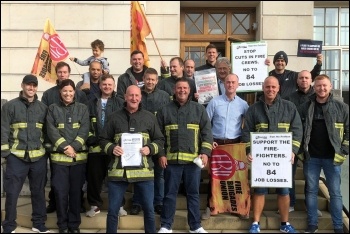 Firefighters and supporters celebrating their victory against the South Yorkshire fire cuts, 16.9.19   (Click to enlarge: opens in new window)

After months of campaigning, lobbying and petitioning by the Fire Brigades Union (FBU), Socialist Party and others, on 16 September the South Yorkshire Fire and Rescue Authority voted not to proceed with the chief fire officer’s proposal to reduce crewing levels from five to four.

Now, they will instead look at using some of their £25 million reserves, and lobbying the government for ‘fair funding’.