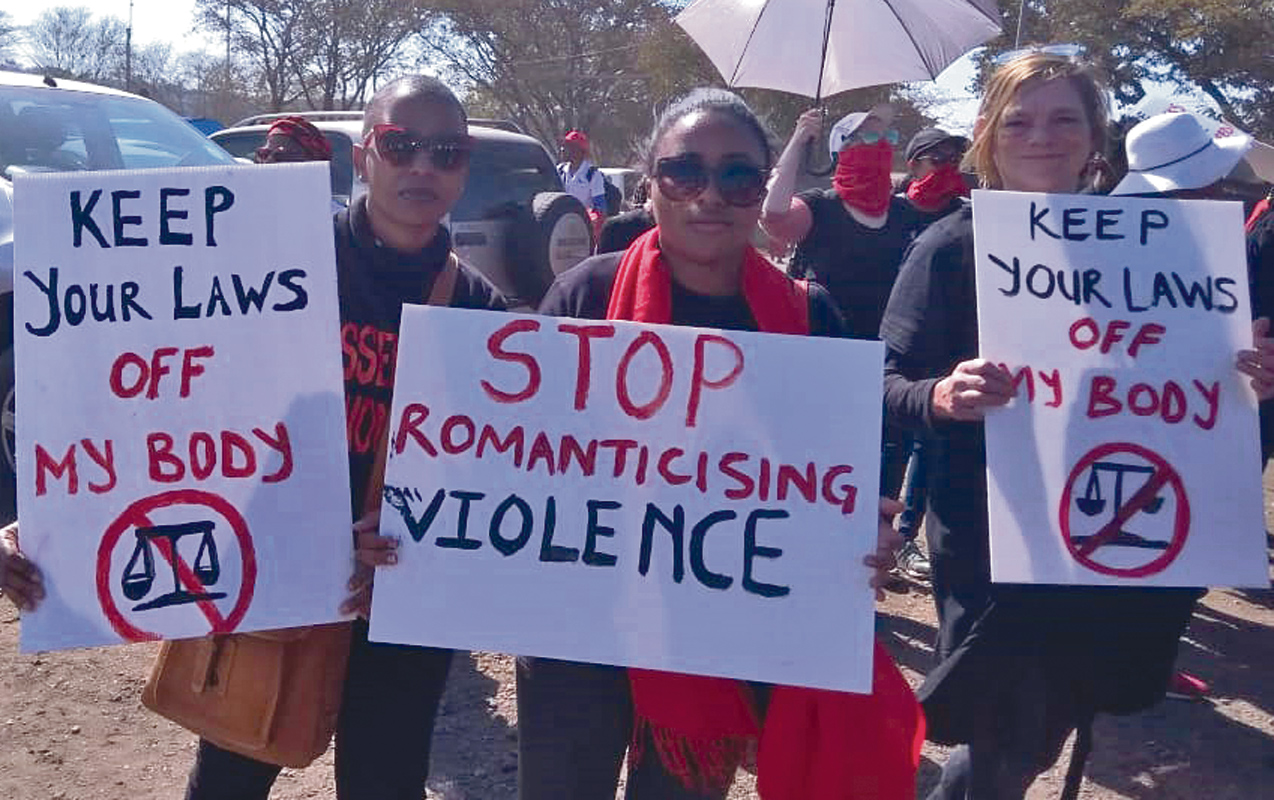 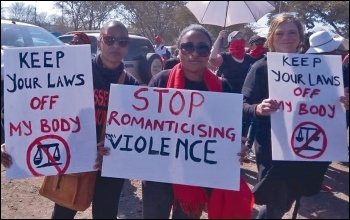 He had a previous rape charge but the case had been withdrawn. However Post Office employers sat on the report for more than a year and Uyinene’s killer used his position to identify and target her.

Uyinene’s murder followed a slew of reports of murdered women. In 2016, out of every 100,000 women and girls in South Africa, 12.5 were violently killed.

The foundation of capitalist economy in commodity production – where everything is for sale – commodifies women’s bodies, turns them into objects and encourages the idea that women only exist for the entertainment and pleasure of men.

The social conditions of capitalism are a breeding ground for the sexist attitudes that justify the many forms of violence against women – rape, assault, domestic violence, ‘cat-calling’ etc.

#TotalShutdown’s 2018 call for women to stayaway from work was not linked to appeals to workers and their trade unions for the mobilisation and shutdown of workplaces, ie united strike action.

While this was a demand for a gesture from the government that it ‘gets it’, it was nevertheless incorrect.

In June, mine workers at the LanXess chrome mine in Rustenburg – members of the Numsa union – organised a strike and occupation in protest against the sexual harassment of a woman mineworker. Her manager was demanding sexual favours in exchange for a permanent job.

The struggle for women’s liberation is part of the class struggle and needs to be re-written on the banner of the workers movement.