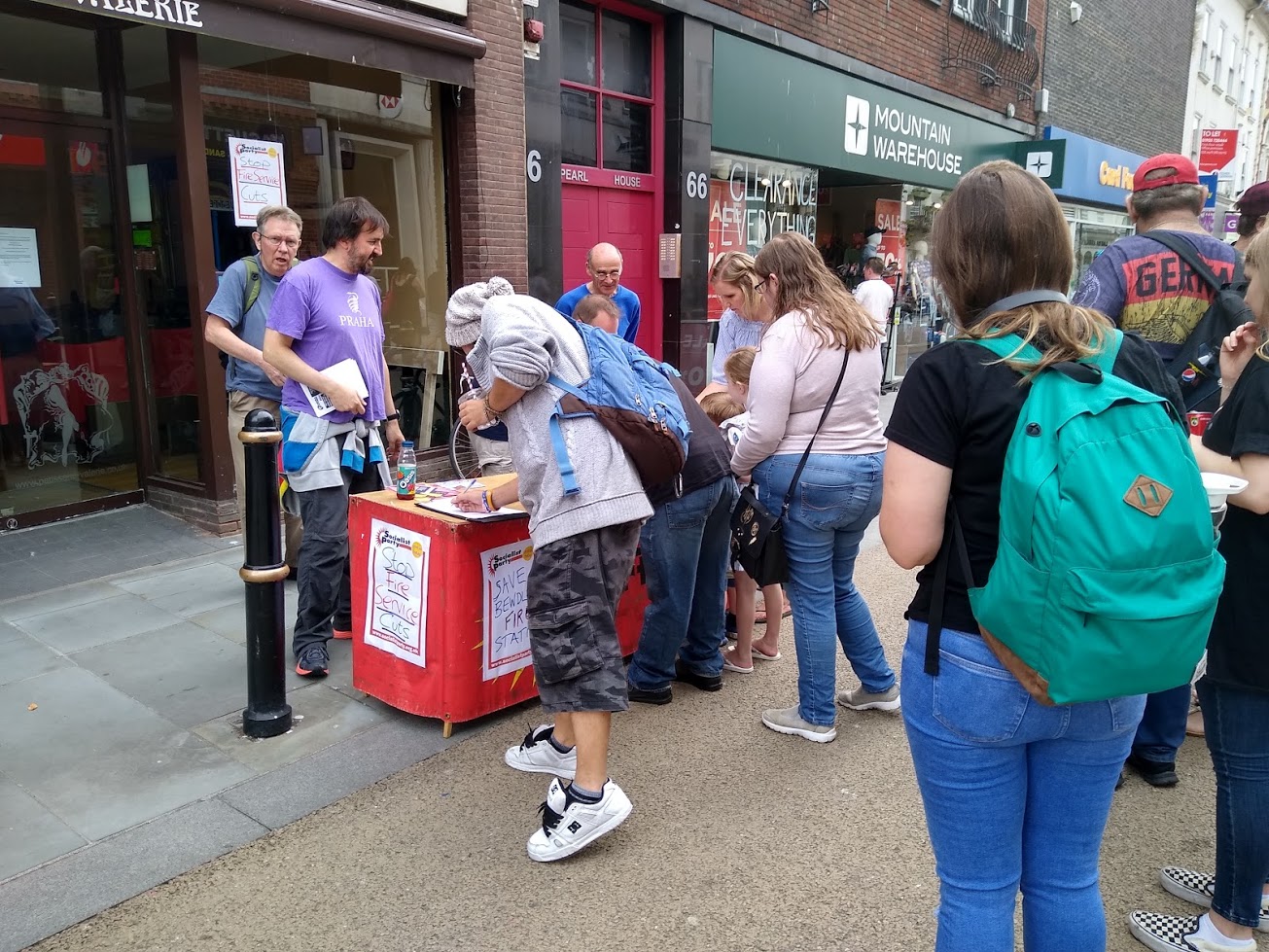 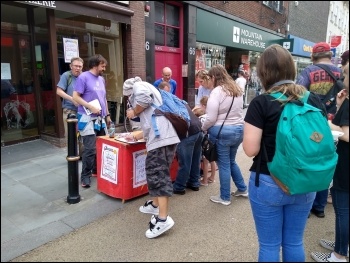 The attack on the service in Wyre Forest, Worcestershire involves planned closure of stations in Bewdley, Stourport and Kidderminster, with the service to be centralised in a ‘hub’ in Kidderminster.

The following message was received by Worcester Socialist Party: “Hereford and Worcester Fire Brigades Union are extremely grateful for the continued support that the Socialist Party have provided through our recent disputes.

“Hereford and Worcester FBU officials and their members applaud this show of solidarity and will continue to update you with matters as they unfold.

“Hereford and Worcester Fire and Rescue Service are currently engaging in meaningful discussions with brigade officials with a view of working towards suitable resolutions to the trade dispute.”