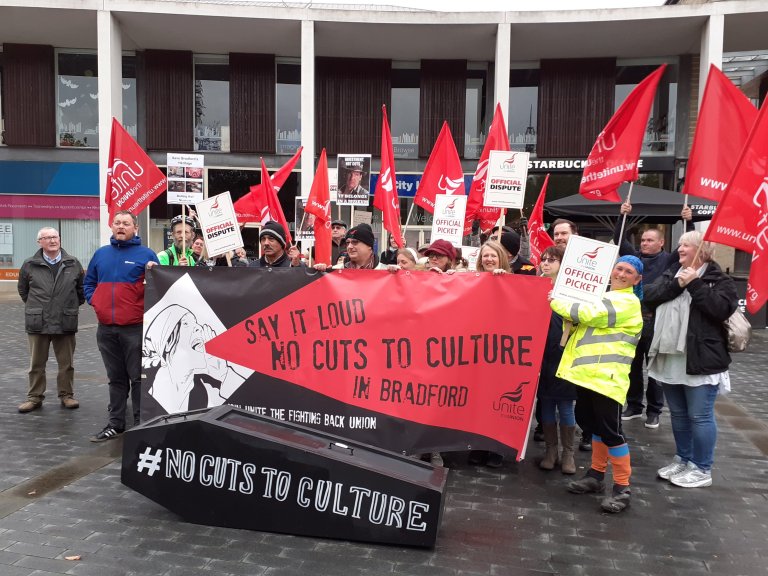 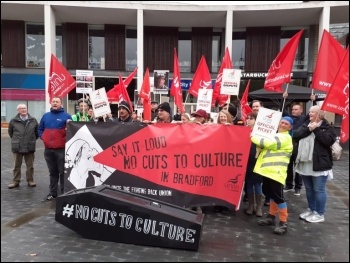 “If these cuts go through we won’t be able to run these services,” said Unite libraries shop steward Karen Raynor, on the £2 million cuts to Bradford council’s libraries, museums and galleries.

Many staff are outraged that at the same time as making these cuts the council is spending £1.4 million on a bid to be the city of culture. As Karen said: “When I heard the news, I had to check it wasn’t 1 April!”