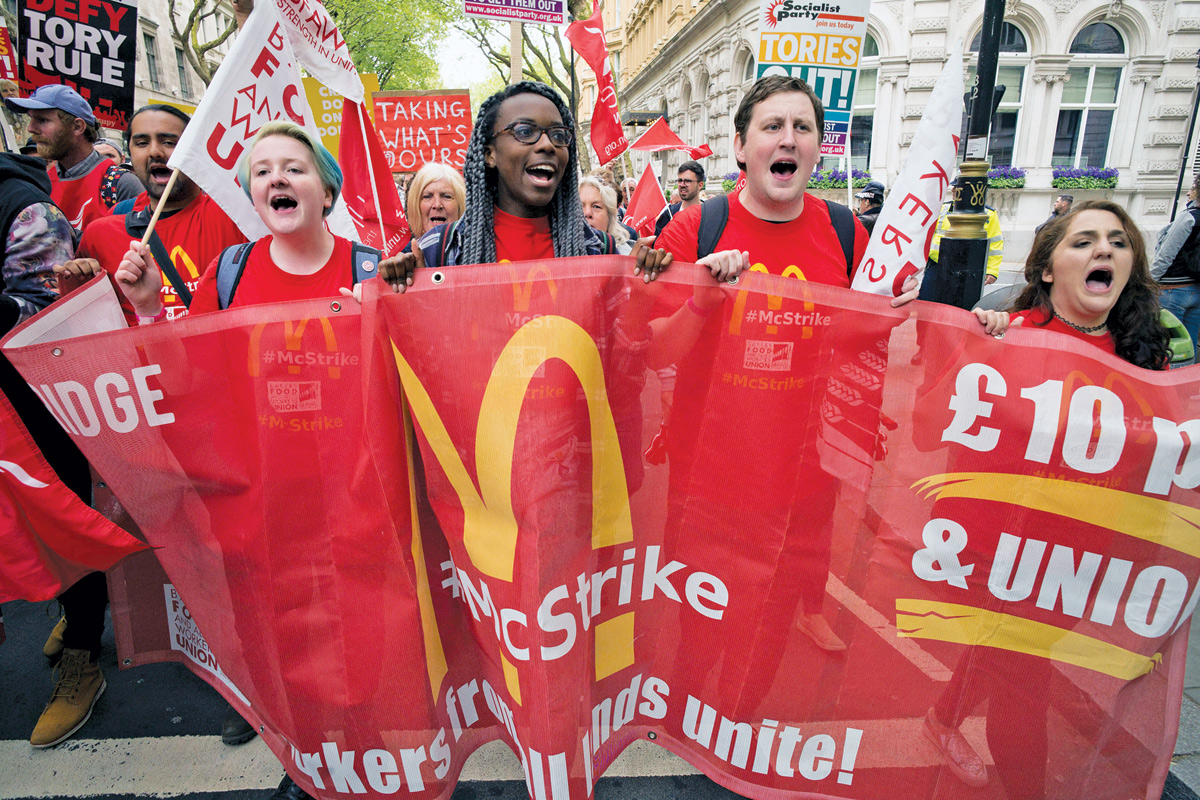 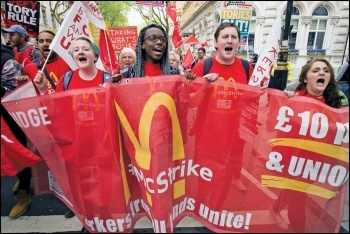 Workers at six McDonald’s stores in south London will go on strike on 12 November. The members of the BFAWU bakers’ union are demanding a £15-an-hour wage, an end to youth rates, the choice of guaranteed hours of up to 40 a week, notice of shifts four weeks in advance, union recognition and respect and dignity at work.

Melissa Evans, who works at McDonald’s in Wandsworth Town says: “I need £15 an hour so I can show my son that poverty is not the only option. Me and my colleagues are coming together in a union to tackle poverty pay, insecurity of hours and lack of respect which has gone on at McDonald’s for too long.”

McDonald’s workers know full well that they are only paid a fraction of the value of the meals they produce and serve up. Lewis Baker, a McStriker from Crayford, who has walked out before says: “We are growing bigger with every strike.”

The action will take place the same time as action in other countries. BFAWU has organised previous McDonald’s strikes. The first in January 2018 in Crayford and Cambridge won the biggest McDonald’s UK pay rise for a decade. The second was a joint walkout with low-paid workers at TGI Friday’s, Wetherspoon and Uber Eats on 4 October 2018. The stores involved this time are Wandsworth Town, Downham, Balham, Deptford, Catford and Crayford.

The Bakers’ union and the other unions involved in last October’s action should use the upcoming McDonald’s strikes as a starting point to coordinate a further round of walkouts in the hospitality and fast food sector, where worker exploitation and low levels of unionisation is rife.

The Socialist Party – which sends the strikers solidarity greetings – fights not only for everyday improvements in living and working conditions but links this fight through the organised working class to the struggle for socialism: the organisation of society where the main levers of the economy are nationalised under democratic workers’ control and management, so that production is democratically planned in the interests of the majority of people.