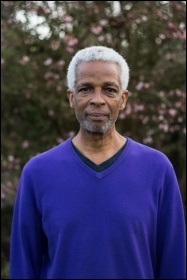 Bob was an outstanding fighter against racism and fascism and an unswerving fighter for socialism.

I first met Bob in the 1980s when I joined Militant. He stood implacably against the division of the labour movement in the fight for socialism.

But he was always in the forefront of the fight against racism and fascism. Bob played a leading role in the setting up of the Peoples National Party (PNP) Youth organisation UK with Ronnie Sookhdeo and became its national secretary.

The PNP was the Jamaican equivalent of the Labour Party which had a branch in the UK. From then on he was battling the 'Sus' laws, through which police were harassing black youth; the labelling of black children as educationally subnormal, which was the practice in the 1970s; and mass black youth unemployment, which rose 410% in the 1970s as the post war capitalist boom came to its end.

PNP youth declared: "We stand for the unity of all workers, black and white, to fight ruthlessly against any attempt to divide the working class or to divert from the struggle for socialism."

Bob also played a leading role in setting up Panther UK, an independent black organisation founded by Militant Labour (which then became the Socialist Party) in the early 1990s.

Panther UK organised the biggest indoor meeting of black and Asian youth in Britain. Over 2,000 black youth came to a public meeting to hear Bobby Seale, co-founder of the US Black Panthers who called us a "group of black revolutionaries."

Bob worked in Liverpool as part of the Liverpool Council campaign against the vicious Thatcher cuts. In order to undermine the workers' struggle there, we were accused by some organisations in the 'race relations industry' of not supporting black people and of indirect racism.

Bob Lee worked effectively to help counter this smear campaign and to ensure the unity of the working class against the Tory government enemy. Bob also worked tirelessly in the 1987 general election in support of Militant supporter Johnny Bryan against the sitting Bermondsey MP Simon Hughes, in which he came within 3,000 votes of winning the seat. This gave Simon Hughes an unpleasant shock!

Although Bob Lee left Militant some time ago, he was still very active in the struggle against racism and discrimination as well as supporting black workers generally, latterly through black arts I understand.

The last time I met Bob was on anti-austerity demonstration in 2016. Although I was aware he had been diagnosed with prostate cancer he said, "the reports of my death are greatly exaggerated!"

He had a great sense of humour, with a deep booming voice which once heard can never be forgotten.

Unfortunately, a few years later the cancer had spread and it was a shock that I learnt he was in a hospice in which he died.

Deepest sympathy and condolences to his wife Jo and their children Manu and Olivia, and all of Bob's family and friends.

Waltham Forest Socialist Party: The role of trade unions in the fight against racism in Britain