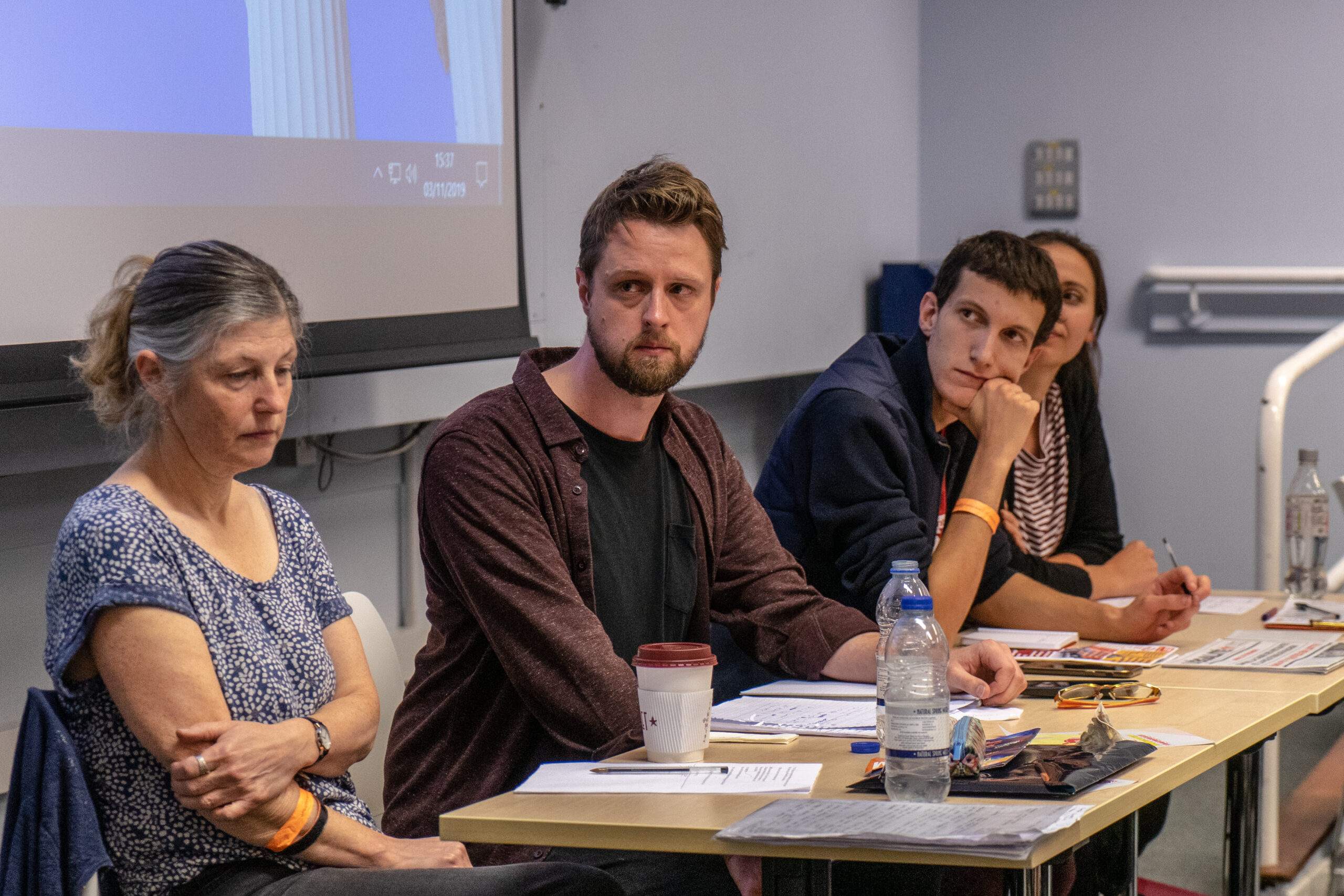 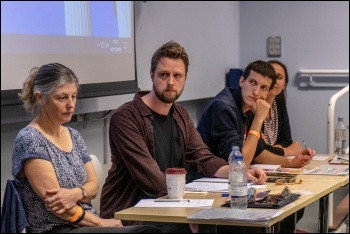 The panel of speakers at the climate change rally at Socialism 2019 was introduced by chair James Ivens, part of the editorial team of the Socialist newspaper. He opened by saying that capitalism has failed to stop climate change, and change is essential.

The first speaker, Socialist Party executive committee member Judy Beishon, cited people fleeing wildfires in California, Arizona and Australia, and typhoon Hagibis in Japan, as “only the most recent examples” of climate extremes that overall across the globe “affect people in the least developed countries most”.

The threat is not in doubt. Concern across the world has been seen in support for the widespread school student-led climate strikes and the protests of a number of environmental organisations.

The capitalist class ‘pays lip-service’ to climate-friendly policies, with large corporations adopting token green measures. But the pledges made at the 2016 Paris climate accord do not come close to meeting the moderate temperature increase targets it set out.

Judy reminded the audience that the carbon footprint of the rich is greater than that of the rest of us, but outlined why steps by individuals won’t solve the climate crisis. Over the last three decades just 100 companies worldwide have been responsible for 70% of the greenhouse emissions. They must be taken into public ownership as part of a socialist plan for environmentally sustainable industry and services, with jobs for all on decent pay.

Chris Baugh, former assistant general secretary of the PCS civil servants’ union, explained that “climate change is a trade union issue.” The cause of the climate crisis is the same as the cause of the economic crisis – unfettered capitalism.

Chris criticised the approach of some trade unions to the climate crisis, such as the GMB, which made an agreement with fracking firm Cuadrilla.

Stopping environmental degradation is an international issue, and in this vein Pierre, a member of Gauche Révolutionnaire, of the CWI in France (the international organisation the Socialist Party is affiliated to) spoke on the recent devastating fire at the Lubrizol plant in Rouen and on the yellow vest protest movement.

We then heard from Kye Gbangbola from the ‘Truth about Zane’ campaign. Seven-year-old Zane died at home in 2014 during floods in Chertsey. Hydrogen cyanide was detected in the house but the authorities claimed that he died from carbon monoxide poisoning. Kye, Zane’s father, gave a moving account of this tragic event and the campaign for justice.

We then heard from two school students, Petra and Rowan, who had organised climate protests in Guildford. It was inspirational to hear how they went from an initial protest of 12 people to having 1,000 protesting on 20 September. “The world needs to wake up and change”, said Rowan.

The final speaker was Bea Gardner, a member of the Socialist Students steering committee and the University and College Union. She re-emphasized the need for ‘socialist change not climate change’ and said that struggle is contagious. She reminded us that the student protests against tuition fees in 2010 were a precursor to larger actions in the following years, as the current climate protests will be.

She argued that the trade union movement needs to go “beyond solidarity and move to the centre of the struggle.” She criticised Extinction Rebellion’s neutral stance on the general election, saying it is depoliticising one of the most political issues of this generation.

She ended by saying that the coming period will be the fight for our futures: against austerity, climate change and for socialism!