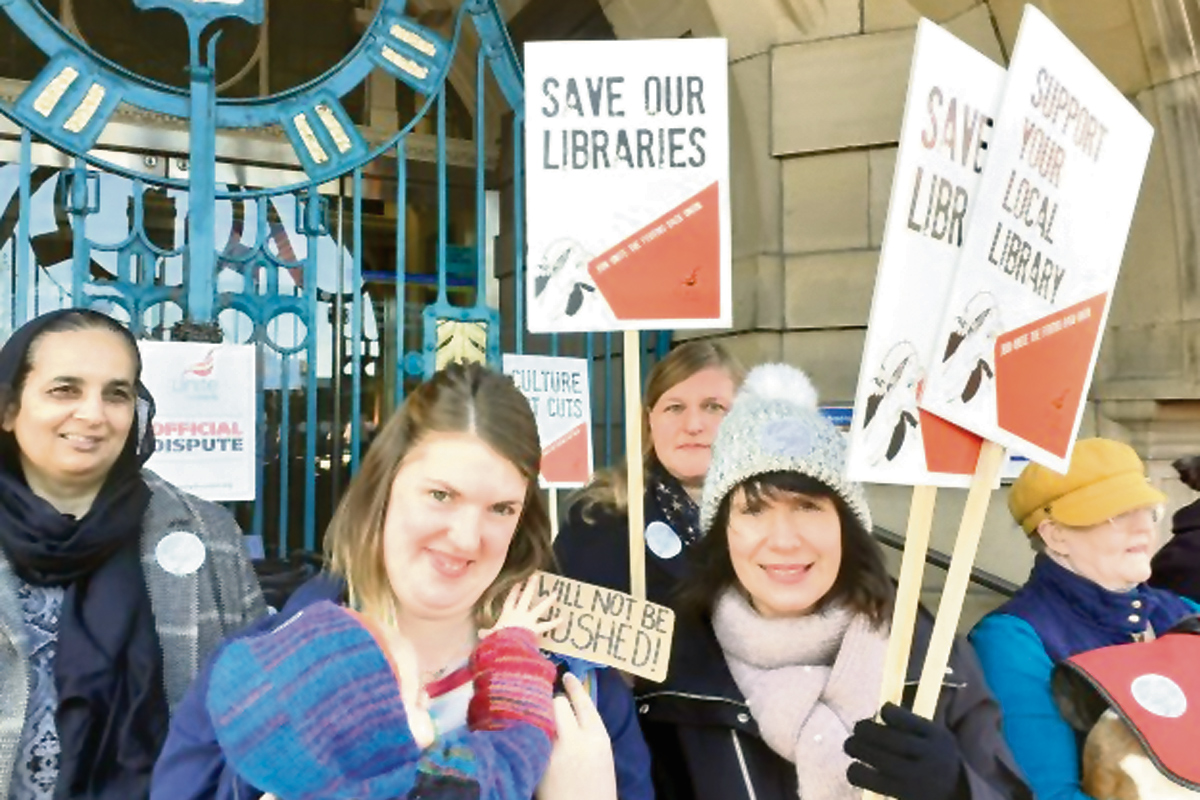 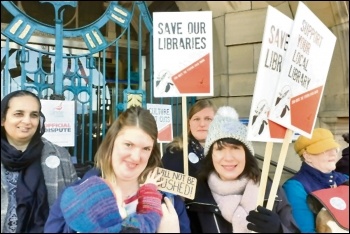 Library and museum workers in Bradford were holding firm as they entered their third round of action, beginning with library workers in Keighley taking strike action on 18 November, building up to all workers in the service striking together on 21 November.

John Giles, Unite union rep in Bradford libraries and museums said: “The dispute is going fantastically well; we’ve had great support from members of the public.”

After the previous round of strike action, Unite met with the council, and while it hasn’t resolved all the issues in the dispute, it is clear that the strike has forced it to move. John explained: “The councillors are now looking at putting more money into the service, or cutting less. They’re looking at paying the rent on the city centre library from other sources, and they’ve put in an extra £300,000 that they hadn’t wanted to, as they had wanted to make these cuts in April!

“We also know from their own figures that there’s an underspend in the department of £200,000.”

“The council has tried over the years to make these cuts without letting people know what is actually going on.”

The council is finally consulting over the next few weeks over the cuts to library services, although as John pointed out: “It’s heavily weighted towards reducing paid staff, it’s weighted towards volunteers, self-service machines, closing libraries and reducing opening hours.”

Unite are appealing to Bradford residents to attend these consultations and demand a fully funded library service.

In the meantime, the strike continues at Shipley and Baildon, and then the whole service is out, with further strike action planned for the week starting Monday 2 December, if the council don’t meet the strikers’ demands.