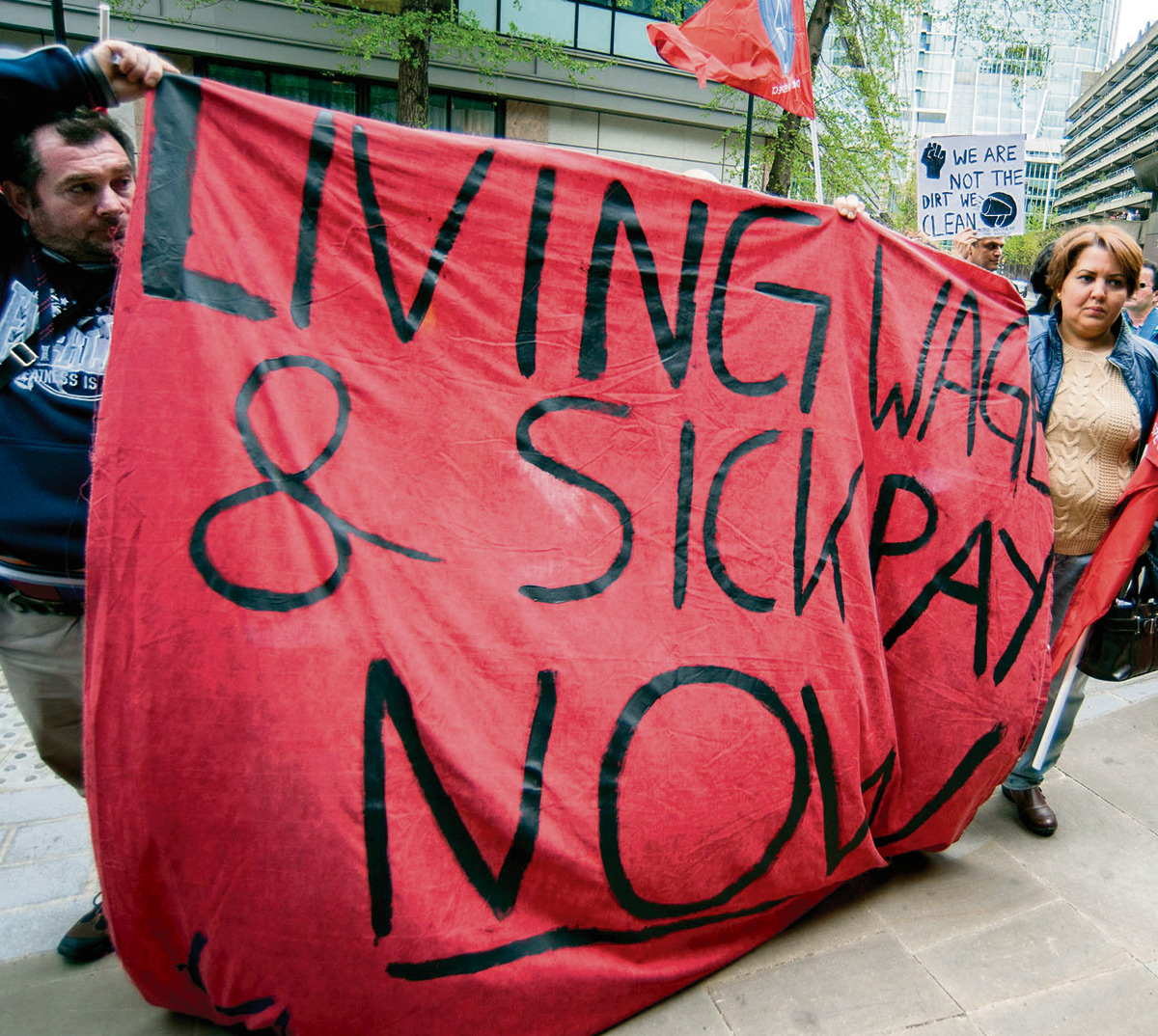 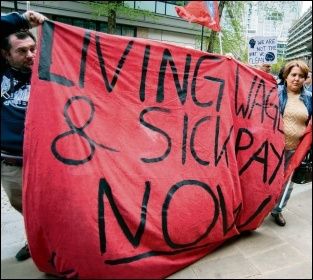 Other low-paid cleaners on strike for better wages and sick pay, photo by Paul Mattsson   (Click to enlarge: opens in new window)

Cleaners are currently paid only £8.21 an hour, without any sick pay or holiday pay. Despite Labour-run Haringey Council’s commitment to support the London Living Wage, this policy clearly does not extend to those workers employed by companies to whom their essential public services, such as school-cleaning services, have been outsourced.

Lakethorne is a company which specialises in ‘race to the bottom’ outsourced public sector contracts, and they are also resolutely anti-union.

The cleaners, who are largely Latin American migrant workers, have been campaigning for decent conditions since May. However, until now, Lakethorne has refused to meet with their union, the CAIWU. As a result, on 12 November, the cleaners staged a one-day strike with a lively protest on the school gates as people were arriving for a parents’ evening.

Their action has the support not only of NEU members, but also parents, school leadership and the governors. Under pressure from the school, Lakethorne has now finally agreed to meet with the cleaners’ union to resolve the dispute.