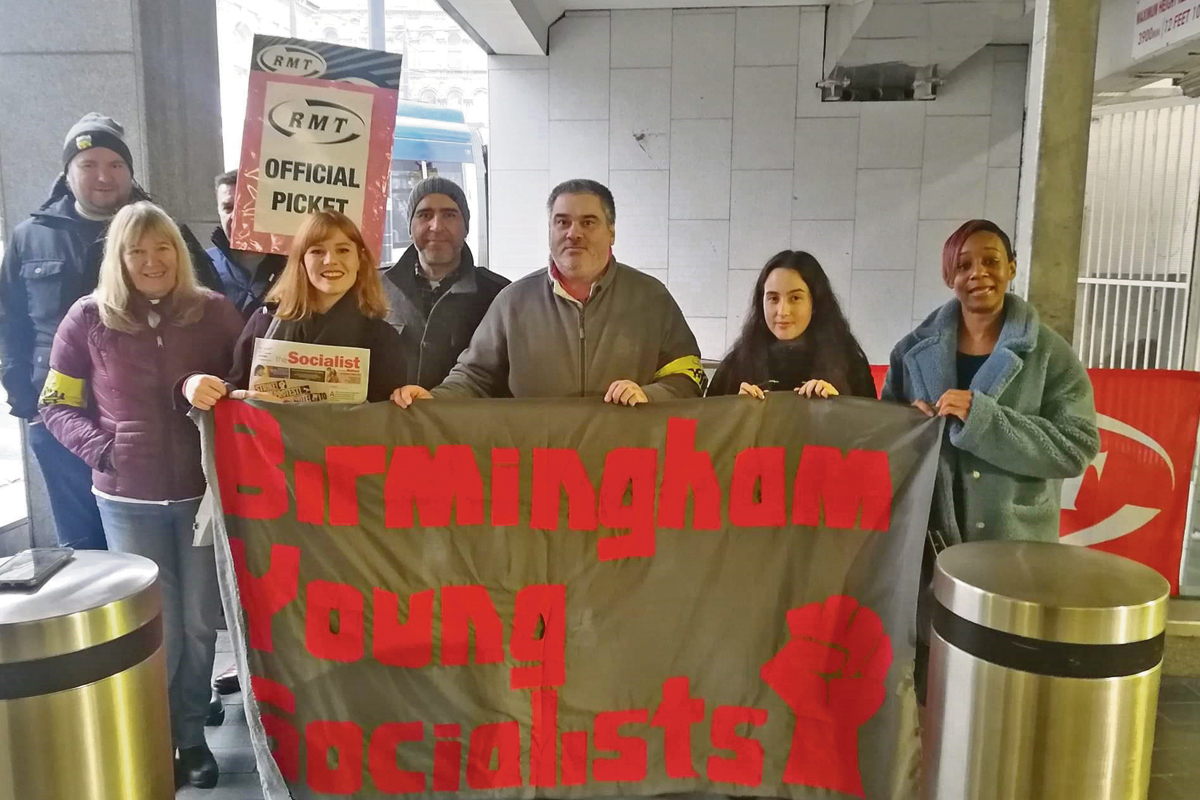 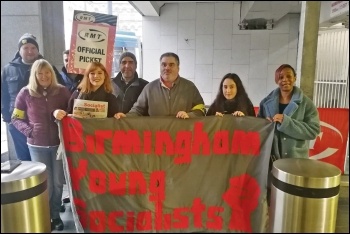 On 16 November, senior conductors (guards) at West Midlands Trains took their first day of strike action in defence of their safety-critical role.

In a desperate attempt to end the dispute, management made the RMT transport union reps a last minute offer. They promised to withdraw their original plans to remove key safety responsibilities from the guards’ job description and instead only remove the guards’ door controls and introduce a new system of drivers operating doors to guards’ signals.

However, the reps unanimously rejected this and, respecting the tremendous strike mandate from the members, told the company that the strike is on.

The guards are absolutely determined to win, and can see that any downgrading of safety responsibilities is a dangerous step on a slippery slope towards driver-only operation (DOO), which must be resisted. This was not only demonstrated by the magnificent 89% vote for action, but also the fighting spirit on the picket lines.

Socialist Party members visited pickets at Birmingham New Street, Snow Hill, Coventry, Leamington and Worcester and it was clear that the guards are up for the fight.

In a welcome move, a significant minority of drivers at some depots refused to cross the guards’ picket line. This had an immediate impact on the service and scuppered management’s plans to have scab guards working the trains.

This is a fantastic show of solidarity and if this were to spread to other depots it would tip the balance of forces very quickly in the guards’ favour.

RMT will be striking every Saturday until the end of the year unless the company backs down.

Train crews, members of the RMT union on South Western Railway, have also voted to go on strike for 27 days in December in order to stop the private rail operator imposing DOO. More in a future issue.