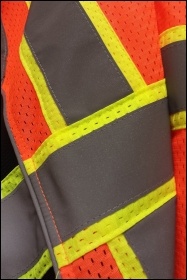 There was a well organised and determined RMT transport union picket with leaflets, flags, and placards at Worcester Shrub Hill Railway station on 16 November. Visiting Socialist Party members were welcomed.

Rail replacement coaches were at the station along with some security staff. One of the RMT members asked a coach driver about rates of pay. The coach driver said he was on £10 an hour. The RMT member said when he had been a bus driver, rates of pay were £12 an hour because it was a unionised workforce, and therefore they needed to unionise coach driving.

Another issue came up with the security staff, who were on site because of building work at the station. One was asked about working hours. He said he had started at 4am and would be working till 8pm, and then going on to work on the door at a pub.

The pickets and Socialist Party members found this incredible until another security guard said they had worked continuously for 28 hours.

As the first security guard said: "Welcome to the world of security"!